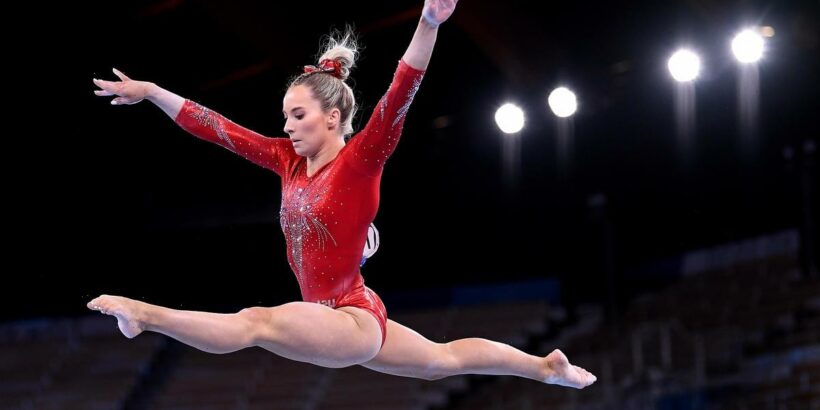 Gymnast MyKayla Skinner sent a heartfelt message to her fans and supporters on Sunday after failing to qualify for any event final on Sunday. Skinner said she was “heartbroken” but still felt “humble and blessed.”

“You have all brought me to tears,” Skinner tweeted. “Thanks for being my biggest cheerleaders!”

Heart broken💔 but feeling sooo humbled and blessed for the amazing performance I had tonight! You have all brought me to tears thanks for being my biggest cheerleaders! Love u all😘 xoxo myk

Skinner competed on all four apparatuses — vault, uneven bars, floor exercise and balance beam — during the qualifying round and received a total score of 55.398, placing her fourth among American competitors and 11th in the competition in the all-around. But just two gymnasts per country can advance to the finals in individual competition. Biles and Sunisa Lee placed first and second and will ultimately advance for the U.S. team for the all-around, balance beans and uneven bars.

On vault, Skinner placed fourth in the world, but it was behind Biles and Jade Carey, who scored first and second.

Skinner, along with Carey, was only competing in individual events, a recent move for the games that will be phased out for 2024, so she won’t be part of the team events. Team USA, which placed a disappointing second in the qualifying rounds, is comprised of Biles, Lee, Jordan Chiles and Grace McCallum.

The 24-year-old was the oldest on her team, which Biles poked fun at in a tweet last week. “Little did you know, ‘OG’ means ‘Olympic Grandmas,” the 24-year-old Biles wrote, sharing a picture of the two. Biles is just three months younger than Skinner.

Tokyo marked Skinner’s first Olympics. Skinner served as an alternate during the 2016 Olympics in Rio de Janeiro, Brazil despite placing fourth overall during U.S. Olympics trials. Following the 2016 games, she retired to focus on her NCAA career at the University of Utah.

Skinner, who was hospitalized earlier this year with COVID-19 and pneumonia, decided to return to elite gymnastics in 2019. It’s unclear what the future holds for Skinner, though she did share one follow-up tweet on Sunday with a simple message: Never give up.