Kirstie Allsopp was right to smash her young sons’ iPads when they failed to follow the rules on screen time, according to Nadine Dorries.

The Conservative MP for Mid-Bedfordshire, 61, appeared on the Jeremy Vine show on Friday and revealed how her now grown-up daughters’ obsession with their Game Boys had ruined family holidays in the past – and said if she could go back in time she would have ‘thrown them in the swimming pool’.

The MP was speaking after Kirstie made headlines with her admission – also on the Jeremy Vine Show, that she’d smashed her sons’ iPads against a table leg to teach them a lesson.

Speaking on the Jeremy Vine show, Nadine admitted that she ‘related’ to Kirstie’s frustration. 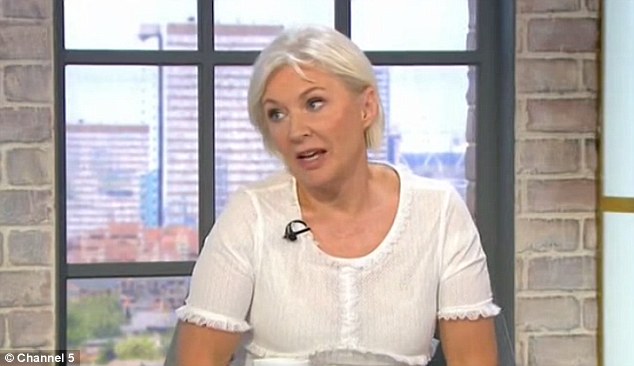 Nadine Dorries, 61, said she wished she’d thrown her now grown up daughters Philippa, Jennifer and Cassandra’s Gameboys in the swimming pool when they were glued to them on a family holiday. Pictured: Nadine on Jeremy Vine 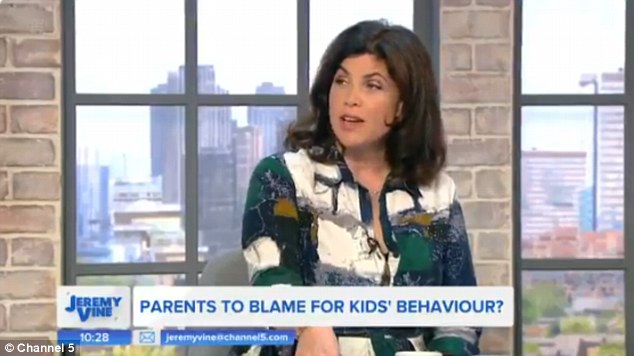 She was responding to Kirstie Allsopp’s admittance that she’d smashed her sons’ iPads when they disobeyed her rules on screen time. Pictured: Kirstie on Jeremy Vine earlier this week

Kirstie’s comments caused a huge debate about whether it was the right way to punish her son’s for breaking her rules about screentime.

Nadine said she was in the right, and expressed regret that she hadn’t acted similarly with her own children, daughters Philippa, Jennifer and Cassandra, when they were little.

She said: ‘I wish I’d done what Kirstie had done and picked them up and thrown them in the swimming pool.’

Nadine said her youngest daughter was ‘obsessed’ with playing games, and the girls didn’t even want to go swimming because they were on the consoles. 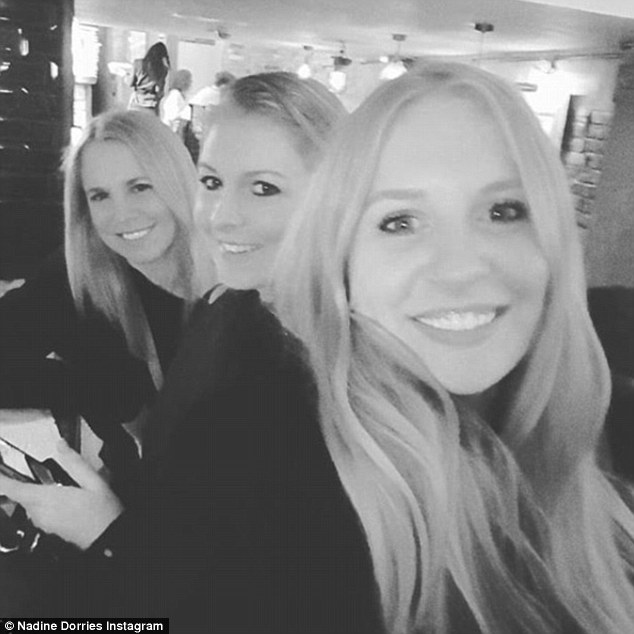 She said that Philippa, Jennifer and Cassandra (pictured in a recent Instagram snap posted by Nadine) wanted to play their games consoles for hours of the day, and didn’t even want to go swimming 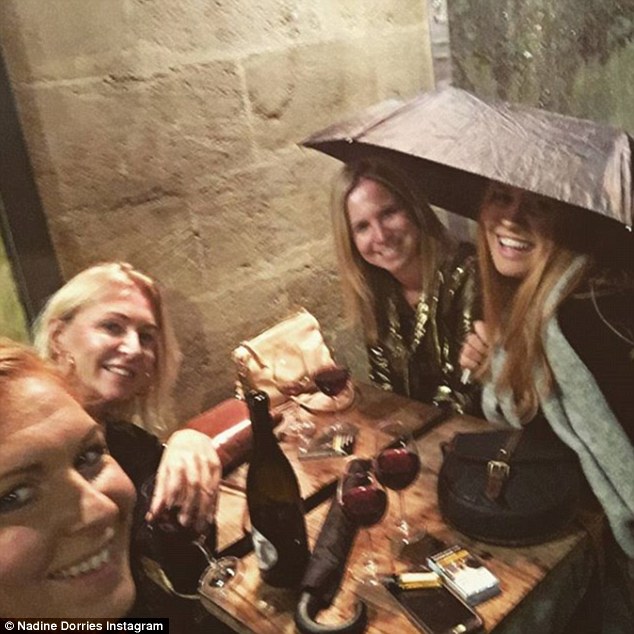 Nadine admitted that it had ‘ruined the holiday’ because the girls hadn’t wanted to even go swimming because they were ‘obsessed’ with playing the Gameboys. Pictured: Nadine on her daughters in a recent Instagram snap

She continued: ‘We were on holiday a number of years ago when the girls were little and it wasn’t iPads it was Gameboys. I remember saying to the girls ”You can have the Gameboys on for an hour in the morning, an hour in the afternoon and an hour in the evening.”

‘The holiday was ruined by the fact that they could not get off these Gameboys. It was all day, they didn’t even want to go swimming. My middle dsaugher jenny she was obsessed by this Gameboy.’

Kirstie made the confession during a debate on whether parents are responsible for their children’s behaviour.

Explaining that they hadn’t followed her rules as to when and how they could use their tablets, she confessed to smashing them against a table leg as her children watched on in horror. 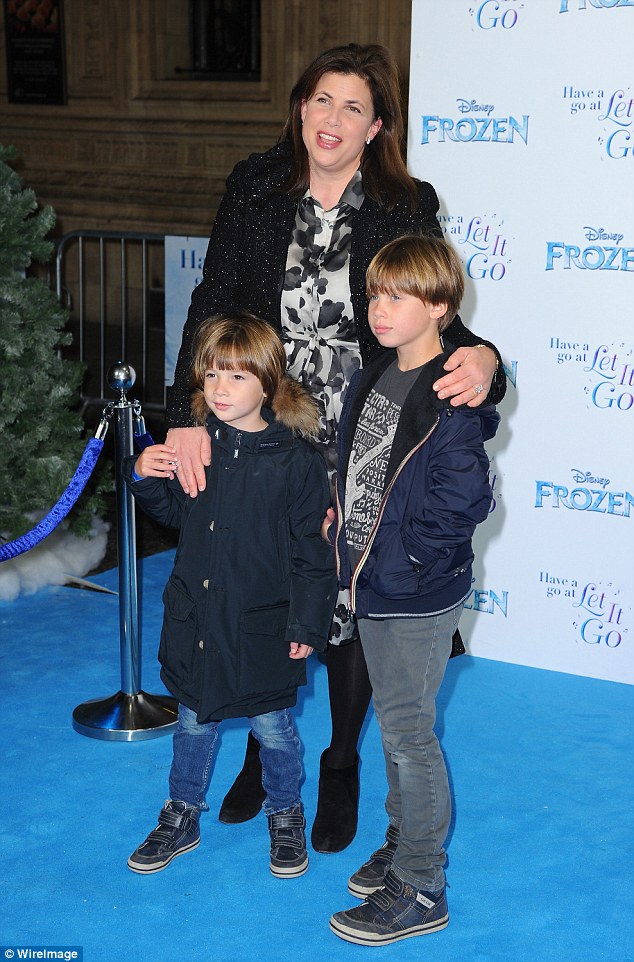 Kirstie said she smashed the iPads on a table leg after her boys spent too much time playing video games. Pictured: Kirstie with her sons Bay Atlas and Oscar Hercules Andersen

‘There is a game called Fortnite and another called PUBG and I decided -we had made all sorts of rules and all sorts of times when we said you can’t play them and all those rules got broken and in the end I said: ‘Right that is it, I have to physically [break them].’

Her comments have been divisive, and she was slammed by parenting experts for being ‘wasteful’.

Speaking on Good Morning Britain, t Liat Hughes said: ‘She could have done a number of other things that still would have enforced those boundaries, I would have locked those iPads away. If she really wants to take them away, which does have a downside of cutting kids off from their social circle, then give them to charity.

‘I just think it sets a really bad example to smash them up.’