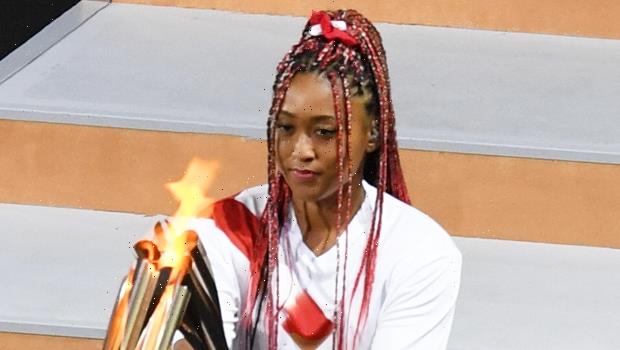 Naomi Osaka is ready to set the games on fire! The Japanese tennis star rocked red braids as she carried the Olympic torch during the opening ceremony in Tokyo.

It’s game time! Naomi Osaka, 23, sported vibrant red hair during the opening ceremony for the Tokyo Olympics on Friday July 23. Bright red was fitting for the tennis star, because Naomi held the very special honor of being the last torchbearer to light the Olympic flame. Naomi’s wore her newly red hair in braids, as she ran up to light the flame and officially kick off the games. 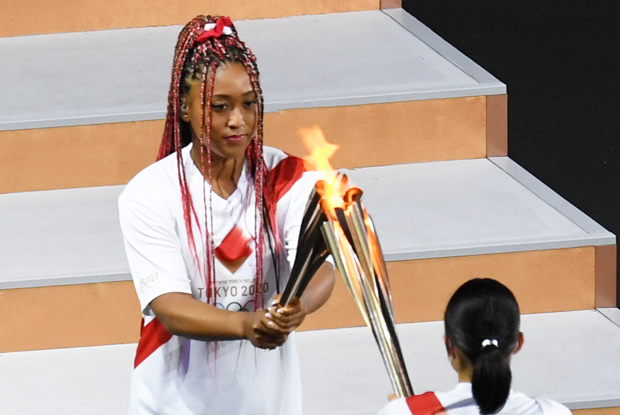 Besides her newly red hair, Naomi wore white shorts and a special white t-shirt with a red stripe across it. The shirt also had the iconic Olympic rings on it, and her shirt said said “Olympic Torch Relay.” Lighting the Olympic flame is an incredible honor. The torch is first lit months in advance. The torch for the Tokyo Olympics has actually been burning since March 2020, before the Olympics games were postponed due to COVID-19, via NBC.

Naomi shared her thoughts on the moment in a few Instagram posts. In a Story, she shared a photo of herself receiving the flame and hilariously wrote that she was “concentrating really hard so I don’t mess up.” The tennis player posted the video of herself lighting the cauldron and said she could barely believe the honor. “Still trying to wrap my head around what just happened, crazy,” she wrote.

Naomi posted a series of photos and noted the significance of being a torchbearer. She called it, “Undoubtedly the greatest athletic achievement and honor I will ever have in my life.” Although the experience left her speechless, she did write how happy she was for the moment. “I do know I am currently filled with gratefulness and thankfulness,” she wrote. 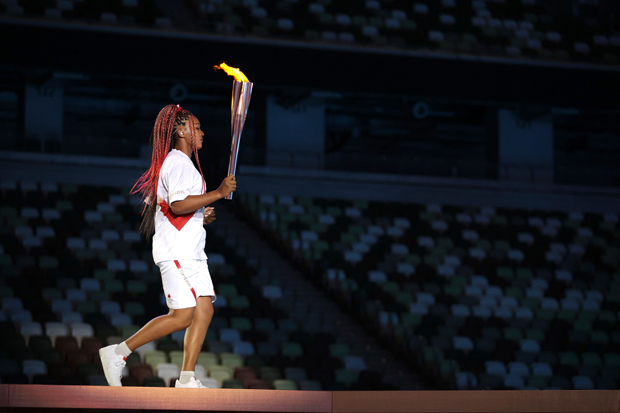 The last torchbearer is often kept secret until the opening ceremony, and having Naomi light the cauldron couldn’t be more perfect for the 2021 competition. Born in Japan, Naomi withdrew from the French Open tennis tournament in May 2021, citing her mental health. She also pulled out of the Wimbledon tournament a few weeks later. The Olympics will be her first competition since taking time away from the sport to focus on herself.

Despite skipping out on some of the biggest tennis tournaments, Naomi sparked a very important and open conversation about mental health and sports. She wrote in a July Time op-ed that a number of celebrities had reached out to her after she pulled out of the tournaments, including Meghan Markle, former First Lady Michelle Obama, and even former Olympian Michael Phelps. After taking time away, Naomi’s first public appearance was on July 11, when she won the ESPY award for Best Athlete.