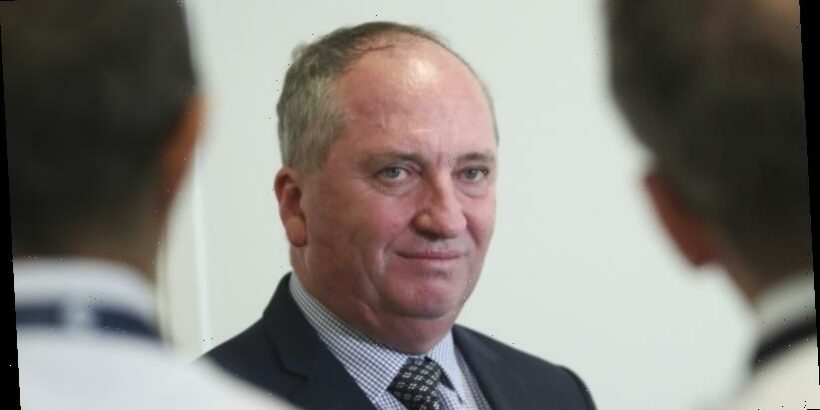 Former Nationals leader Barnaby Joyce has set up a Coalition test on climate change by launching a surprise bid to use the government’s $10 billion clean energy fund to build a coal-fired power station. 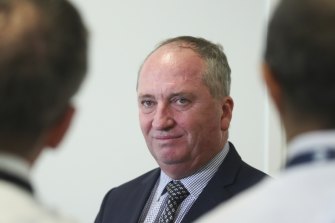 The move came after his Nationals ally Matt Canavan, a former resources minister, argued in the Coalition party room for changes to the CEFC to make it “technology neutral” rather than focused on renewables.

While the amendment is the work of a small group within the Nationals rather than the party as a whole, it sets up a wedge in Parliament when all MPs will be asked to vote on amendments to a bill that sets new rules for the vast fund.

The government needs majority support in the House of Representatives to change the investment guidelines for the CEFC but could be tested on Mr Joyce’s amendment if it splits Nationals and Liberals.

Liberal MPs described the move as “the end of the line” on the dispute with Nationals who want to spend taxpayer funds on coal-fired power stations, but they stopped short of going public with their anger at the renegade Nationals.

Mr Joyce said his amendment would enact a Nationals’ policy by allowing the fund to invest in high-efficiency, low-emissions (or HELE) coal-fired power projects.

“This is something the Nationals have been talking about for quite some time because we want to not only export coal but use it as efficiently as we can at home,” he said.

“No doubt there’ll be some saying this is divisive and no good for Coalition unity.

“I say how about you go right back to the numbers and look at the allocation of positions? Why don’t you fix that for the Nationals? Then they’d be less likely to go off the reservation.”

The remark refers to the positions allocated to Nationals MPs in the ministry and the parliamentary committee system based on the share of seats held by Liberals and Nationals.

Mr Joyce has criticised Deputy Prime Minister and Nationals leader Michael McCormack for not doing more to gain more positions and a bigger say for the party within the Coalition.

Energy and Emissions Reduction Minister Angus Taylor lodged the bill last August to expand the powers of the CEFC, which was set up by the former Labor government to stimulate investment in green technologies, so it can invest in more gas projects.

Mr Taylor’s bill would change the rules to expand the remit of the CEFC so it can support new gas fired power projects.

The CEFC is permitted to fund gas and coal power, but only when the project would deliver a 50 per cent reduction to greenhouse gas emissions compared to traditional technology.

The changes would enable the CEFC to tip funds into the Morrison government’s $1 billion Grid Reliability Fund which was set up to support stability in the energy grid. The fund has under consideration five gas, one coal and six renewable energy projects.

Mr Taylor told Parliament the bill would “not divert the CEFC’s existing $10 billion allocation” but would create a “trusted counter-party to investments, allowing the CEFC to support private sector involvement” in energy generation.

The CEFC welcomed the proposed changes, saying “critical infrastructure could be funded through the fund to improve the energy grid’s generation capacity and reliability, and noted gas investments “may be technically eligible for funding” even without changes to legislation.

At the end of each day, we’ll send you the most important breaking news headlines, evening entertainment ideas and a long read to enjoy.  Sign up to The Sydney Morning Herald’s newsletter here, The Age’s here, Brisbane Times’ here, and WAtoday’s here.