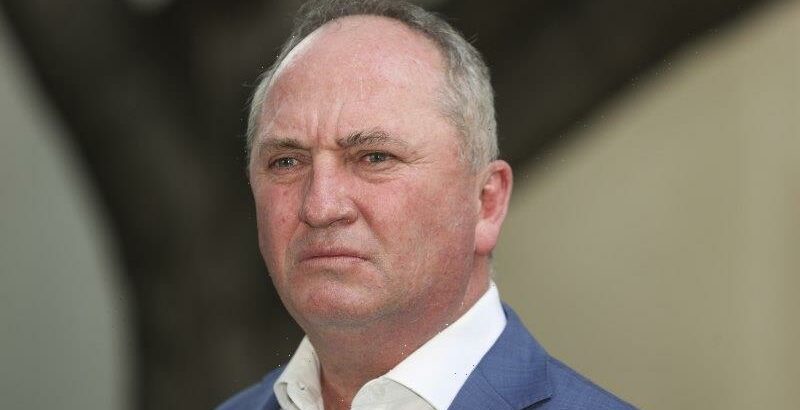 It says everything about Barnaby Joyce and the Nationals that the Deputy Prime Minister would not say whether he personally backed the defining stance on climate change policy his party room accepted on Sunday night.

A majority of Australians accept the case for net zero emissions by 2050 to prevent a greater danger from global warming. Prime Minister Scott Morrison accepts it. So does a majority of federal cabinet.

Joyce, however, cements the message to voters that he took this policy through his party room to solve a political problem for the government rather than to address a personal conviction on climate. 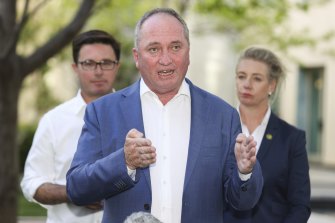 Barnaby Joyce said the Nationals can help the regions transition by ‘staying in the tent’.Credit:Alex Ellinghausen

Voters who want their politicians to lead on this issue will not give Joyce any dividend for this result. But his reluctance was key to the outcome. It was probably the only way to get the Nationals party room across the line. A leader who did not put up a fight could not have swayed the room. A leader who wanted net zero would have been replaced.

This does not make anyone a hero in this outcome. Morrison and Joyce should have acted earlier. They needed an imminent election to force their hands. This reveals the biggest force at work: a shift in the community that makes climate denial and obstruction a recipe for electoral disaster.

Sooner or later, the politicians had to catch up with the people.

The Nationals had no excuse for dragging out the decision. One of the pretences of the past week is that the Nationals only had a week to decide. In fact, MPs had months to consider their positions. Their meetings over the past week did not uncover much detail about new climate policies. Anxious to prevent leaks, Morrison asked the Nationals to decide their stance before he issued his road map.

The process was a reversal of the old way of doing things – like the approach in 2008 when Labor released a report by economist Ross Garnaut to guide government policy and debate in Parliament.

This time it was about a staged policy shift, with an emphasis on the staging. The Nationals had to have their moment. They had to have an agonising process so their regional voters would see Joyce gaining concessions from Morrison. And they had to slow it down so the diehards – Matt Canavan, George Christensen and others – could reluctantly accept net zero was going to happen.

“We are making sure we’re not grandstanding,” Joyce told the ABC last Friday. “It’s not a pantomime.” But the entire exercise was the dictionary definition of grandstanding. And a lot of it was pantomime.

A lot, but not all. The cost of this political game was real. The net zero target will be set. But Joyce stopped Morrison making a formal pledge to make deeper cuts to emissions by 2030. He did this even though the Prime Minister was within reach of a stronger 2030 target after months of pressure from United States President Joe Biden and British Prime Minister Boris Johnson.

The net zero pledge is a defining moment. Morrison has dragged the Nationals towards accepting the need for a significant target. But the real test is the action, not the promise.