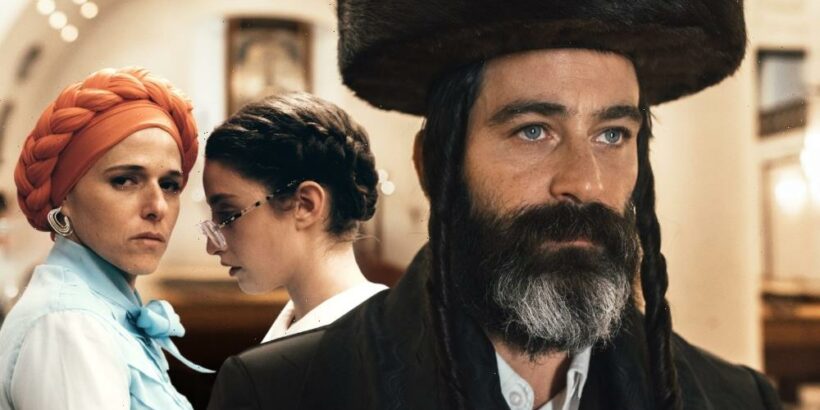 As multiple opportunities open up in the changing market, it’s crucial to protect what’s special about the project first, Element Pictures producer Ed Guiney argued at a Canneseries panel.

“You figure out what the scripts are, who is going to make it and how much it’s going to cost, and then you go out and choose the best partner. The dynamic is that we are making this thing, the train is pulling out of the station, so do you want to join us? Rather than ‘this is something we are thinking of doing, do we have your permission?’,” he said, citing collaboration on “Normal People” with the BBC.

“When we were in contention for the rights, the BBC did a very bold thing – they greenlit the show before we had them. We could go to Sally Rooney, the writer, and say: ‘If we are the lucky recipient, we are making this’.”

During the panel, entitled The Changing Face of Co-Production and Rights Sharing Among Frenemies, participants discussed how to keep up with new developments, including in financing.

“I think everyone here has become a part-financier over the last few years,” said Danna Stern, founder of Israel’s Yes Studios.

“We are seeing private equity come in, venture capital come in, there are a whole host of opportunities as this business grows. It used to be one TV screen and one family watching one show. Now, there is more audience, more opportunity for eyeballs and therefore more creative financing,” noted Emmanuelle Guilbart, CEO at About Premium Content, adding that the business of distribution has changed, too.

“We spend part of our time selling finished programs, but most of it goes to looking for finance. And sometimes moving into co-production, because we board so early,” she said.

But as new players move into creative industries, the challenge is to make sure there are not too many editorial voices.

“The model of being able to finance through multiple sources is a good thing, whether that’s done in pre-sales or by having multiple networks attached from the start. But it all boils down to whether it’s just one voice giving notes or multiple ones,” observed Moritz Polter, producer at Windlight Pictures. “If it’s one, then you are fine. Usually.”

“I don’t know if it’s controversial, but I still think it’s the BBC or HBO that have the best editorial voices in the business,” added Christian Vesper, president of global drama at Fremantle.

“They tend to do more shows, on average, that work creatively. I know that the idea of not having any editorial voice is sometimes a dream for the creators and producers, but it’s a collaborative medium.”

Stern noted that despite all the changes it’s crucial to think about the audience, first and foremost.

“One of the first things I ask when I get pitched is: ‘Where do you see this airing?’ That’s the way you can build your voice. When you are thinking about who is at home, watching this. Without it, it’s just an idea,” she said, adding that Netflix, when commissioning on a local level, is asking that too.

“You can’t get to that level of precision if you don’t know your audience.”

“Just because you can watch it on a device doesn’t mean it gets traction. And if it does, it should mean you can get money for it. When we talk about ‘global shows,’ it’s not a local show commissioned by Netflix or Amazon. We need to remember that. Shows like ‘Squid Game’ do travel, but that’s a phenomenon, not a norm.”

Recognizable names help get that extra attention, though, with Vesper mentioning his company’s recent star collaborations.

“For us, it’s been about how we invest and ultimately it’s about the show and the talent we bring. We have had two Italian and one Danish shows on HBO in the U.S.: that was Luca Guadagnino, Paolo Sorrentino and Tobias Lindholm [behind them]. That’s what got them into the US on that level.”

In this new world, core creative relationships and the ways to negotiate them have changed, said Guiney, and filmmakers who come into television have to recalibrate how they work.

“It’s hard for one person to hold all the creative answers in their hand. It’s not to say we don’t have someone who’s in charge creatively, but they know there is a brain trust of people, working together,” he mentioned.

“The BBC, for example, isn’t used to working with signature filmmakers – that’s a new thing for them. I don’t think they are ‘frenemies’ but these are new relationships and dynamics that are coming into play.”

Stern mentioned Yes Studios’ “Fire Dance,” which premiered at Series Mania and was created by Rama Burshtein-Shai, marking her first foray into series.

“This ultra-Orthodox, female filmmaker has only done features before, so it was a lengthy, conversational process,” she said, adding that in television, the payoffs need to be quicker and come earlier. But a revolution is already around the corner.

“I have a 13-year-old son and he is never going to watch anything we make. And that terrifies me,” she added.

“He is a gamer, and the metaverse is coming and the Web 3.0, whatever that means. We need to figure out how to take what we know and transfer these skills into the next generation of entertainment.”