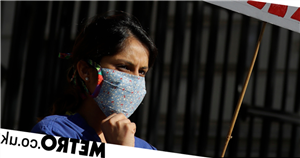 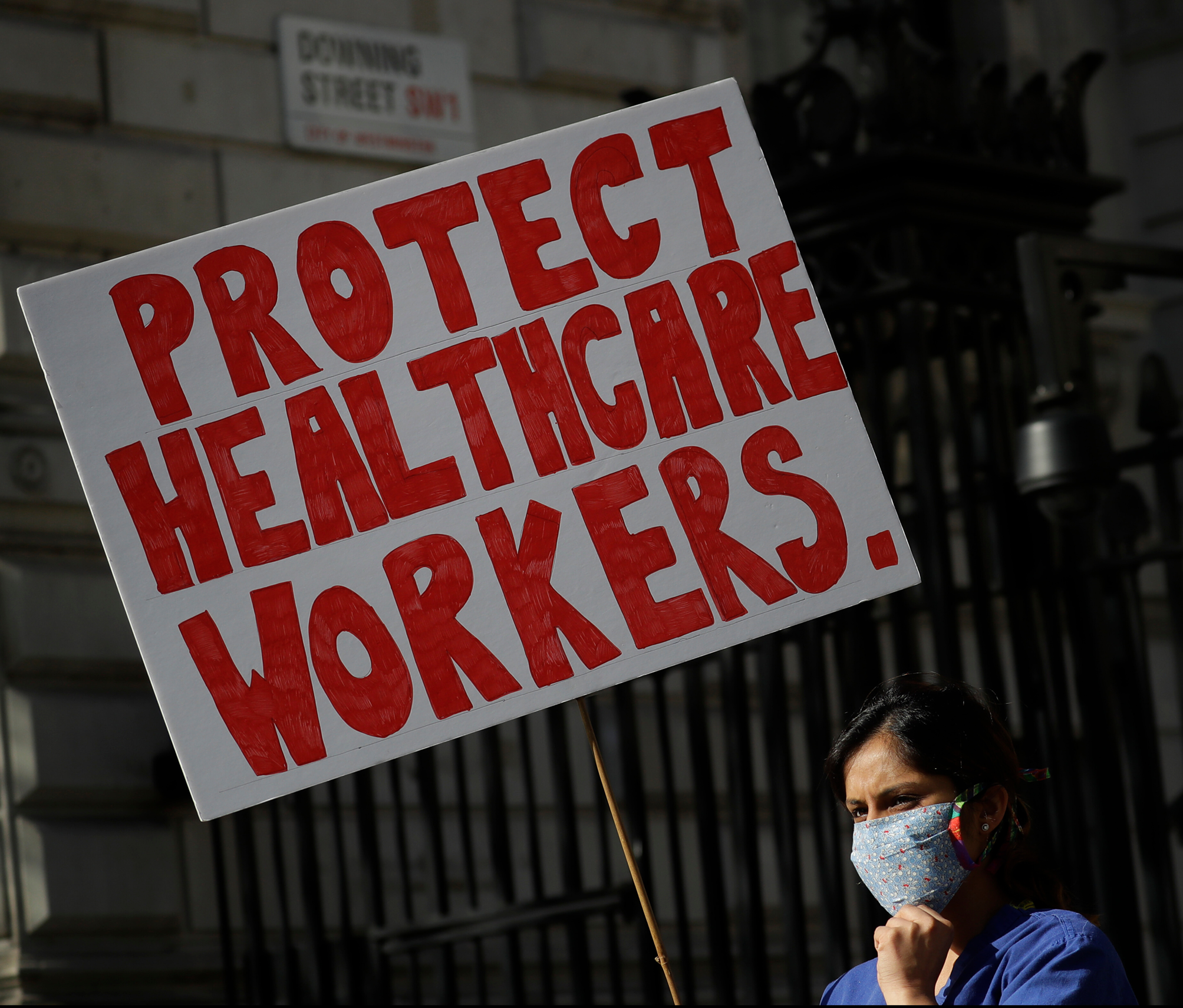 This essentially means that NHS staff now have a George Cross that tells us we’re essential to the lifeblood of this country, and a paycheck that tells us that we’re not.

Over 1,500 health and social care staff have died of Covid-19 in England and Wales during the pandemic, according to ONS figures released in July last year. This number has likely risen since then. Thousands more have been absent from work for prolonged periods of time due to long Covid.

The impacts on our patients are clear: ambulance waits are at record highs, GP services are stretched, while the Royal College of Emergency has described how extended A&E wait times are translating directly into excess deaths.

On a personal level, this is massively disheartening.

Doctors want the best for our patients, and we all want to move society in the right direction. But we are battered and bruised by the pandemic, during which NHS staff have repeatedly been strung along and let down by our politicians.

I even ended up taking legal action against the Government to court over their PPE failures. It’s something that I felt like I was forced to do in order to protect my colleagues.

I had numerous interactions with the Government, and I spoke to many families of NHS staff who had died of Covid-19. My overall impression? Our government felt that the lives of my colleagues and I were expendable.

So it was no surprise to see that eligible dentists and doctors were offered what was advertised as a ‘4.5% pay rise’ last month. However, the Government failed to add that doctors have had an effective real-terms pay cut of over the last decade, according to the British Medical Association.

Crucially, the derisory ‘pay rise’ excludes junior doctors, who had been unfairly locked into a previous deal from 2018. With inflation expected to touch 10% this winter, according to the Bank of England, many doctors will effectively be working a full month free of charge over the next year.

In real terms, this ‘pay rise’ is a ‘pay cut’ due to the rise of inflation.

Add to this the cost of merely staying registered as a doctor: GMC fees are in the region of £400 per year, while doctors pay a subscription fee of around £420 per year (less if you’re not full-time) to their respective training colleges. Many GPs pay additional costs for insurance.

Doctors in training have multiple exams to take before they qualify as a GP or consultant – often around £500 per sitting. Before you’ve even received your pay slip, another month’s salary has vanished.

The Health and Social Care Select Committee has revealed that there were 105,000 staff vacancies within the NHS as of March. NHS England could be short of 12,000 hospital doctors, and that number is likely to get bigger.

It’s clear to me that there is no cohesive plan from the Government to fill these vacancies, though NHS staff will continue to do their best to paper over the cracks. But – as we’ve treated many of our own colleagues over the past two years – there has also been a realisation among us that we need to take care of our own health first.

During the initial throes of Covid-19, doctors received daily text messages from hospitals, pleading for us to work any additional hours.

We were already giving every fibre of our being to the NHS and our patients during our shifts. All of our emotional energy was being poured into helping the British public – it was exhausting.

These days, any doctor affiliated with a hospital will be receiving more and more daily messages about rota gaps. This has undoubtedly worsened over the last two years.

A few of my colleagues around the country tell me of having to work back-to-back shifts – effectively working over 20 hours in a row – because in some areas, there simply aren’t enough doctors to fill the gaps. This used to be an eyebrow-raising exception, and now it’s grimly common.

If you’re going abroad this summer, you wouldn’t want your pilot to have bags under his eyes, clutching three cans of Red Bull as you walk onto the plane, while asking a baggage handler to ‘step up’ as co-pilot.

I look at some of my friends who emigrated to other countries after leaving the NHS: Australia, New Zealand, Canada, Norway. They seem happy. They seem fulfilled.

They mostly finish work on time. They are well-paid. They all have difficulties, and no situation is rosy in a pandemic, but at least they feel taken care of.

But in the UK, we are guilted into believing that asking for better working conditions is tantamount to heresy. One thing is certain: I don’t know of any of these friends who are looking to come back to the NHS.

It’s a national scandal because we spend hundreds of thousands of pounds to train a doctor, only to qualify after six years, work a short time in the NHS before seriously considering whether to move to another country. We need to ask searching questions of how the NHS takes care of its staff.

If we want it to be the very best health service in the world, we cannot afford to keep haemorrhaging our best talent. We need to make the NHS an attractive place to work and build a career – and pay is a big part of that.

I know many doctors who have recently taken career breaks. Right now, I’m mulling over my own future. I am keen to start training to be a GP, but spiralling childcare costs and the cost-of-living crisis mean that I am on a financial tightrope.

Myself and my husband were initially planning to live and work in London with our two-year-old daughter, but it was apparent that it would be unaffordable. We’re both doctors, and we can’t afford to live in the city that my husband grew up in.

To enter GP training, many ‘mummy doctors’ have to balance childcare with work. They will often work three days a week or fewer, meaning that it takes six years for them to qualify as a GP instead of three years, while on a pro-rata salary. It is far tougher for single mums, and for those without extended families.

Effective pay cuts over the past decade have made career-planning incredibly tough. I’m currently working part-time as a locum doctor, which means I come in when there is a vacancy and get paid by the hour.

I am not progressing in my career. I chose this path at this particular time as it’s the only feasible option to sustain my expenses with a young family. I’m saving up for my anticipated drop in pay once I start training.

Medicine is hard work, and it always has been. But the future of the NHS is now entirely dependent on our government taking your health seriously. If we want the best health service, we need to retain our best talent – and make sure that they have long and prosperous careers.

There seems to be an awareness in government that NHS staff deserve a pay-rise, but they seem to be cutting corners and consistently offering us suboptimal solutions. It should be the start of a movement to improve the longevity of NHS doctors. The Doctors’ Association are calling for this, along with other basics, such as free parking for NHS staff and nourishing food during night shifts.

NHS staff have been exploited for too long. Our kindness has been viewed as a weakness, and politicians see us as a soft target. But as doctors have proved over the past two years, we are made of stern stuff.

We stared Covid-19 in the face and didn’t shirk. We certainly aren’t going to back down from the same politicians who were partying while we were giving our blood, sweat and tears.

Dr Meenal Viz is a hospital doctor and committee member with the Doctors’ Association UK. She hosts the podcast Meenal’s World.