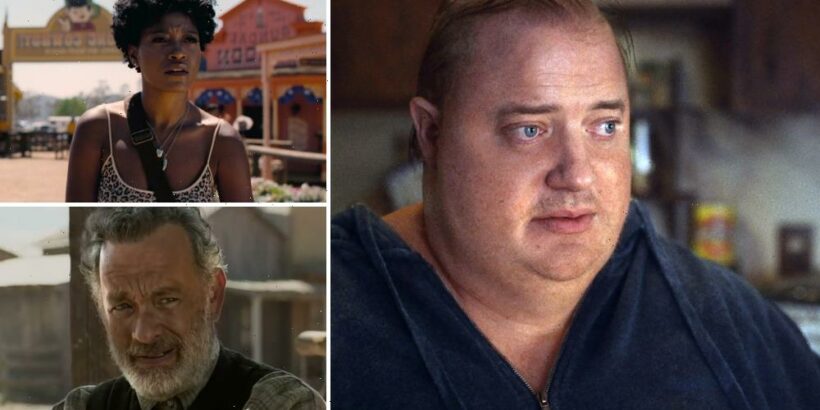 Reputations go a long way in Hollywood, and when you’re seeking Oscar attention, a good one provides a significant edge against the competition. While more than a few contenders in this year’s mix have had previous run-ins with colleagues and journalists, those without that baggage have social media, and the industry, rooting for them.

At the top of the list is Brendan Fraser, one of the best comeback stories in years. In Darren Aronofsky’s “The Whale” (Aronofsky and Fraser are both on the cover of this week’s New York issue of Variety) where he plays a 600-pound man looking to reconnect with his daughter, he delivers an astounding performance. The adaptation of Samuel D. Hunter’s play may face an uphill battle in other major categories, based on reactions so far. However, the star of “The Mummy” (1999) and “Encino Man” (1992) has been able to rise above any criticism, especially after Variety posted a viral video of him getting emotional during the film’s standing ovation at Venice.

Tom Hanks, “America’s Dad” for decades, has received six Oscar nominations and scored back-to-back wins for “Philadelphia” (1993) and “Forrest Gump” (1994). Although his interpretation of Col. Tom Parker, the music-manager weasel with a weird accent in Baz Luhrmann’s “Elvis,” received a mixed reception from critics, there’s nothing the Academy likes to do more than to prove the public wrong, especially when one of its darlings is involved. With a huge box office for “Elvis” and a starring role in “A Man Called Otto,” the English-language remake of the Oscar-nominated Swedish film “A Man Called Ove” (2015), he could be part of the race in either the lead or the supporting category.

With grace, respect and charming humor, Michelle Yeoh has been at the forefront of this year’s Oscar hunt for her performance in “Everything Everywhere All at Once.” The A24 action-dramedy is topping many of the pundit charts, and Yeoh and co-star Ke Huy Quan — another great comeback story, he’s best known for his role as Short Round in “Indiana Jones and the Temple of Doom” (1984) — are both pulling the “EEAAO” train to the Oscar station.

A former child actor who recently launched a digital network, Keke Palmer has received standout notices for her “Nope” performance as Emerald Haywood, the wisecracking sister to Daniel Kaluuya’s OJ, who seeks to prove the existence of a UFO hovering above their ranch. Depending on the resources that Universal puts behind the Jordan Peele-directed horror movie, and news that she will be submitted in best supporting actress this awards season — perhaps in a way similar to Emily Blunt, who won a Screen Actors Guild Award in 2019 for “A Quiet Place,” she can find a pathway to recognition.

To see the ranked predictions for each individual category, visit Variety’s Oscars Hub.

The excitement surrounding the first film from Todd Field in 16 years, meanwhile, is palpable. His last film, “Little Children,” received three nominations, including one for adapted screenplay, and he wrote and directed “Tár,” starring Cate Blanchett.

“Star Wars: Episode VIII — The Last Jedi” may have divided audiences, but writer and director Rian Johnson remains well liked. “Glass Onion,” his sequel to “Knives Out,” debuted to raves at TIFF and is Netflix’s best shot at awards attention. It could get across the finish line, thanks to Johnson’s unflinching and clear love for the movies.

These mentions don’t mean other awards contenders aren’t liked or respected. But in a sea of populist titles such as “Top Gun: Maverick” with Tom Cruise and sight-unseen releases such as “Avatar: The Way of Water” and “Black Panther: Wakanda Forever,” the examples above might benefit from a post-COVID mood where voters are just looking for some positivity. That surely worked for “CODA.”