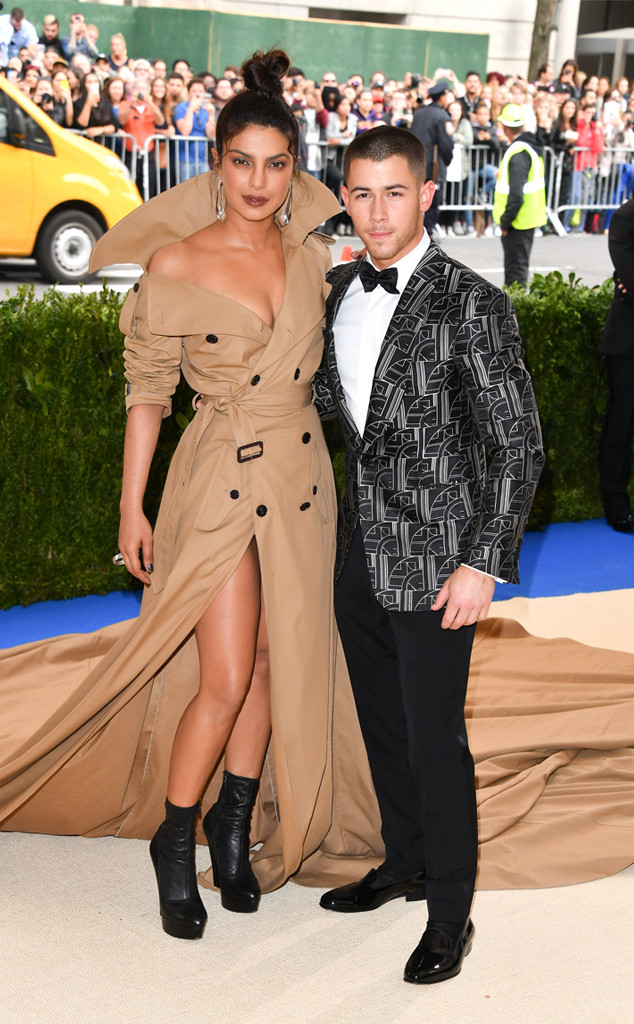 Nick Jonas and Priyanka Chopra have officially sparked romance rumors with not one, but three consecutive get-togethers!

The pop singer and Quantico actress are spending quite a bit of time together, hopping from the Hollywood Bowl to Dodgers Stadium and then the Pacific Ocean all in one weekend.

It all started Friday, with multiple outlets reporting that Nick and Priyanka watched Beauty and the Beast Live in Concert in Los Angeles. Despite showing no “obvious PDA” during the show, Us Weekly reports the pair is in-fact dating and “both interested in each other.”

Their Memorial Day Weekend adventures continued into Saturday when the rumored couple cheered on the City of Angels’ home team as they faced the San Diego Padres. An onlooker tells E! News of Nick and Priyanka’s dynamic, “They were both very happy and smiley and seemed to really be enjoying each other’s company. They didn’t show any PDA, just talking and laughing a lot.”

The cherry on top to the duo’s surely unforgettable rendezvous? A cozy boat ride with pals! Priyanka, clad in a yellow sweatshirt, snuggled next to the “Jealous” singer for a photo opp alongside Glen Powell, Wilmer Valderramaand Chord Overstreet. Chopra and Jonas have known each other since before last year’s Met Gala, where they walked the red carpet together in Ralph Lauren designs. Jimmy Kimmel grilled the actress, 35, on her chemistry with the former Disney star, 25, but Priyanka said the joint appearance was purely platonic.

“We were on the same table and we already know each other,” she responded coyly. “So he was like ‘Hey, you wanna go together?’ And I was like, ‘Yeah, OK, let’s go together.’ It ended up working out.”

Even more recently, Chopra alluded to her relationship status when asked during an appearance on Watch What Happens Live if she was bringing a date to Meghan Markle and Prince Harry‘s wedding.

“Ish, there’s a decision pending on that,” she teased with a smile. (For the record, Priyanka ultimately attended sans plus-one.)