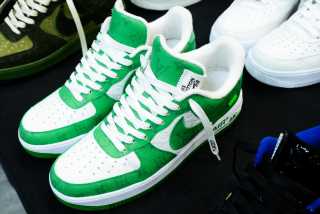 PARIS — In an homage to hip-hop culture, Virgil Abloh has brought together his two biggest brand partners to create what is sure to be one of this year’s hottest sneaker collaborations: new versions of Nike’s iconic Air Force 1 trainers developed in tandem with Louis Vuitton.

The shoes, designed in 21 colorways, were unveiled on Thursday as part of Abloh’s spring 2022 men’s collection for the French luxury powerhouse, but additional details were scarce. Asked whether they would be made available for sale, Vuitton responded: “Stay tuned for more details.”

Images released by the brand showed green-and-white and blue-and-white versions of the sneaker, with the word “Air” in quote marks written on the sole, and the French word “Lacet” on the laces. The quote marks are a signature of Abloh’s brand Off-White, which has a highly successful collaboration with Nike.

The shoes feature a small neon green serrated tag on the side, and a label with the Louis Vuitton name and the Nike swoosh on the tongue. Vuitton has also created a neon orange sneaker trunk in monogram-embossed calf leather, with a 3D tag in orange leather with a white swoosh on top, as part of the collection.

In its “State of Luxury Consignment” data report earlier this year, resale site The RealReal picked Off-White x Nike sneakers as the top item to consign in 2021.

In the notes for the spring collection, revealed in a film called “Amen Break,” Vuitton said the partnership was inspired by the cover of the 1988 album “It Takes Two” by hip-hop duo Rob Base and DJ E-Z Rock. It shows E-Z Rock wearing a Nike Air Force 1 basketball trainer altered with a swoosh adorned in the LV monogram.

“The cover embodied the hip-hop community’s early practice of hacking together high fashion and sportswear, sidelining diverging brands with equal reverence. A cultural symbol in its own right, today the Nike Air Force 1 serves as an objet d’art emblematic of self-generated subcultural provenance,” Vuitton said. 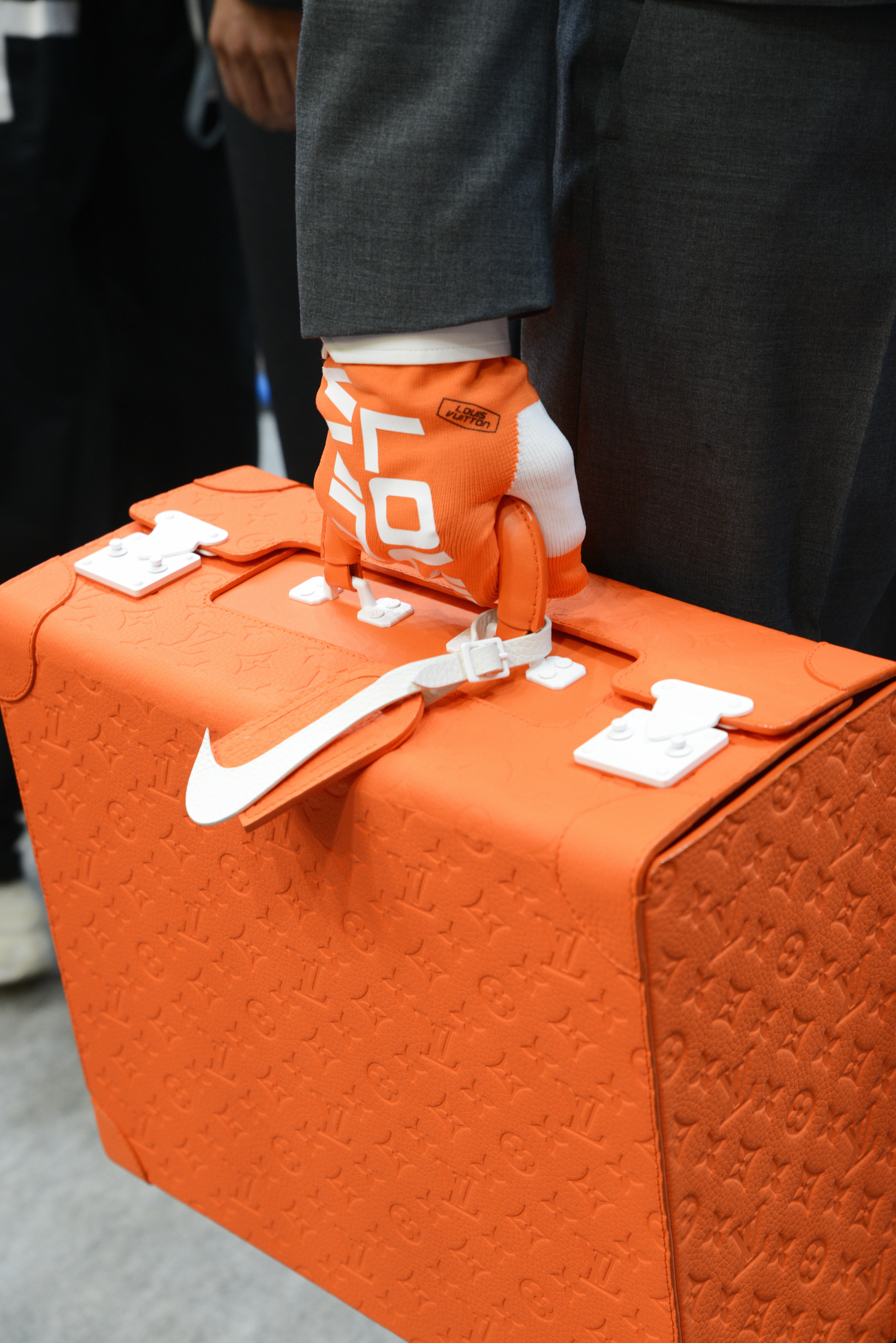 The partnership comes on the heels of Dior’s highly successful collaboration last year with Nike’s Jordan Brand. Five million people registered for a chance to buy the limited-edition Air Jordan 1 OG Dior sneakers, although only 13,000 pairs of the coveted shoes were produced.

Vuitton helped ignite the luxury streetwear phenomenon with its landmark 2017 collaboration with cult New York skatewear brand Supreme, which sources said drummed up 100 million euros in business for the pair.