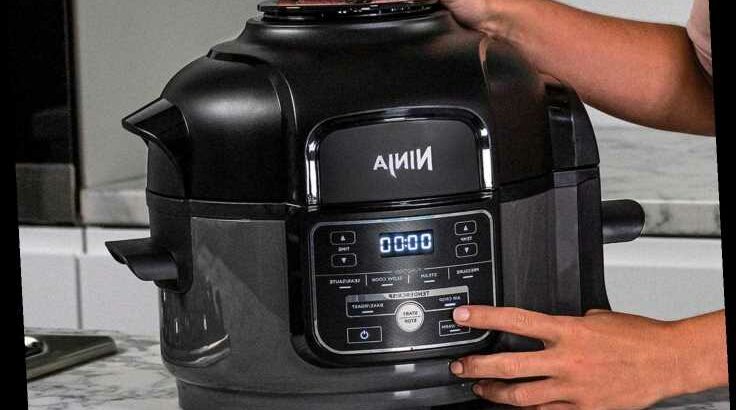 Ninja’s Foodi 6-in-1 Multi Cooker is designed to be the do-it-all cooker for your kitchen.

We put it through its paces to see if it’s worth your money. 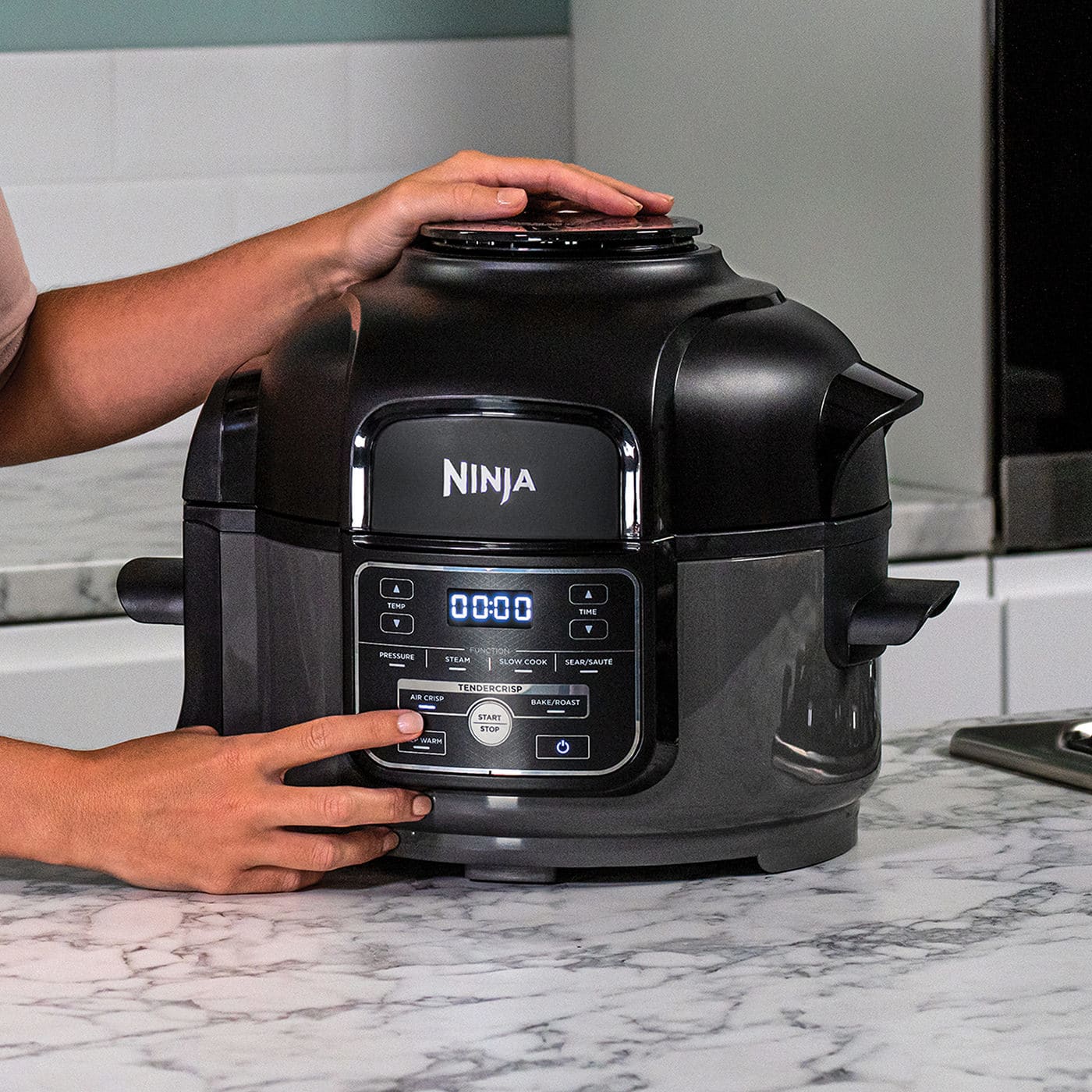 Air fryers are all the rage these days, promising perfectly fried chips without the hefty amount of oil used in deep fat frying.

Pressure cookers are having a renaissance too, allowing budding chefs to cut down on cooking time, preparing tender meat in much less time than before.

But if you’re like us, and you’ve got limited space in your kitchen, you might not have space for all these gadgets.

Enter the Ninja 6-in-1 Multi Cooker that offers pressure cooking, air frying and slow cooking all in one compact bundle. 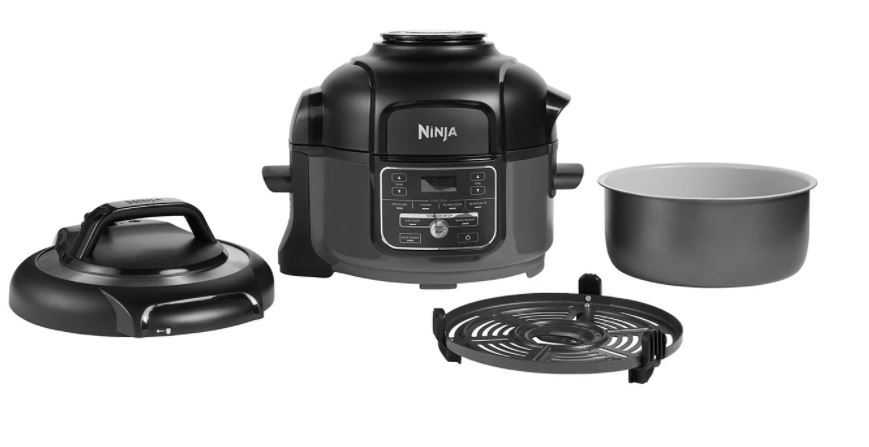 Ninja Foodi Mini 6-in-1 Multi-Cooker: Is it easy to use?

Some kitchen gadgets we’ve tested over the years take a while to get your head around, but we got to grips with the Ninja Foodi very quickly.

Ninja typically does a good job of laying out buttons on its gadgets in a way that’s easy to understand, and the 6-in-1 cooker is no exception.

Whether you want to pressure cook, air fry or just use as a regular oven, five minutes with the instruction manual should see you right.

The only pitfall with a modern pressure cooker is being careful around the steam outlet; when you open it after a period of cooking, it fires out hot steam directly above it. As long as you’re aware of that, there’s not too much to go wrong here.

The Ninja comes with two lids: the air frying/roasting lid and the pressure cooking lid, which you’ll need to switch around depending how you’re cooking.

The lids are easy to quickly switch around, and in a few months of testing, we’ve not run into any issues using the Foodi. 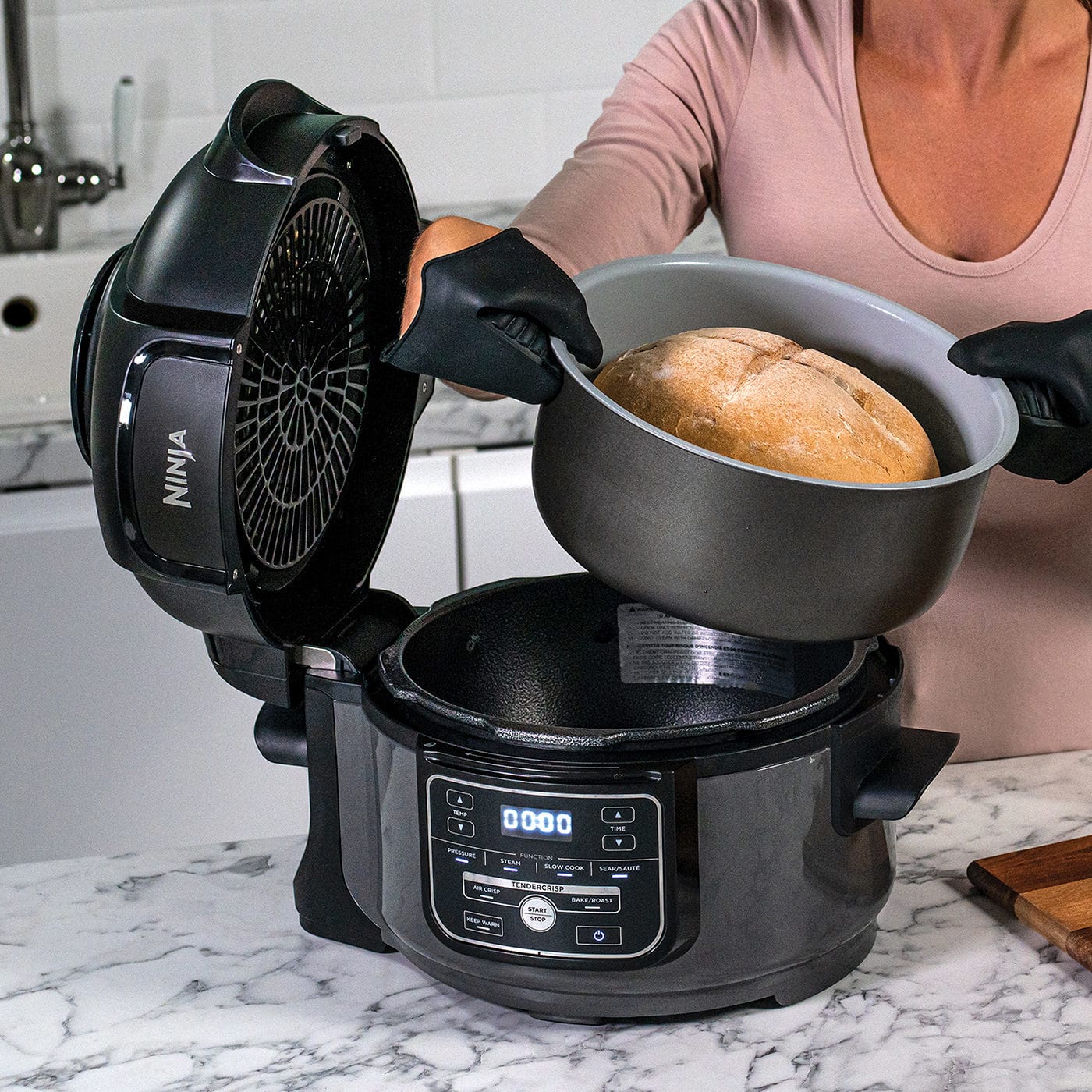 Ninja Foodi Mini 6-in-1 Multi-Cooker:  What functions does it have?

Sauté turns the multi cooker into a hot plate that can be used to braise meat and brown onions before turning them into a stew.

Steam is great for veggies (although, to be honest, we still ended up using the microwave), and slow cooking does what is says on the tin. It's still an option to chuck your ingredients together and have them ready to eat when you get home with the slow cooking setting, but given how quickly the pressure cooking setting works, it's not something we felt we needed.

We take a look at the other settings below.

If you haven’t used a pressure cooker recently, they’re really handy gadgets for cutting hours off your cooking time.

The additional heat and moisture levels inside the cooker means that food cooks more quickly than it would in a regular oven; we found we only needed an hour to cook a whole chicken to perfection. And if you don’t have the patience to cook your pulled pork all day in a slow cooker, the Foodi will achieve incredibly tender meat in around 90 minutes.

The added bonus of the multi cooker is that you can crisp up your food once you’ve slow cooked it. For instance, cooking a whole chicken and crisping up the skin is easy. The cooker isn’t massive though (it is a mini after all) so it’ll have to be a medium/small chicken to fit under the frying lid.

The frying lid of the Foodi is effectively a small fan oven. Because it’s placed closer to your ingredients than in an ordinary oven, it will slice 5/10 minutes off the time suggested by most recipes for things like chips and nuggets. It worked perfectly for roasted veggies and potatoes too, making it quite the time saver in our evening meal prep.

The Foodi comes with an air frying rack; a metal tray that allows the air to circulate around the dish, meaning you get the ‘air fried’ effect. You can add a little bit of oil to chips, chicken, or whatever else you’re planning to fry, and the Foodi will send hot oil spinning around inside, giving you a nice crispy finish to your meals without drenching them in oil. It might not be healthy, but it’s certainly healthier than deep fat frying.

During testing we found ourselves gravitating to the Foodi for most meals that required an oven. It got the job done faster (and using less electricity) than our regular oven. And it heated up our kitchen less too, which was a nice perk in a small flat in the summer. While it wasn’t big enough for large chickens/big cuts of meat, it was plenty big enough for day-to-day cooking.

We haven’t managed to find much wrong with the Foodi to this point. Maybe it could be a bit cheaper (you could easily buy a decent pressure cooker and air fryer for under £100). But, ultimately, an extra £50 seems a reasonable price to pay for something that takes up less space than two new kitchen gadgets.

Check out our review of the Dyson V8 Animal here.

Here's our review of the Shark IZ201UK.

And check out our review of the Simba Hybrid Pro Mattress.