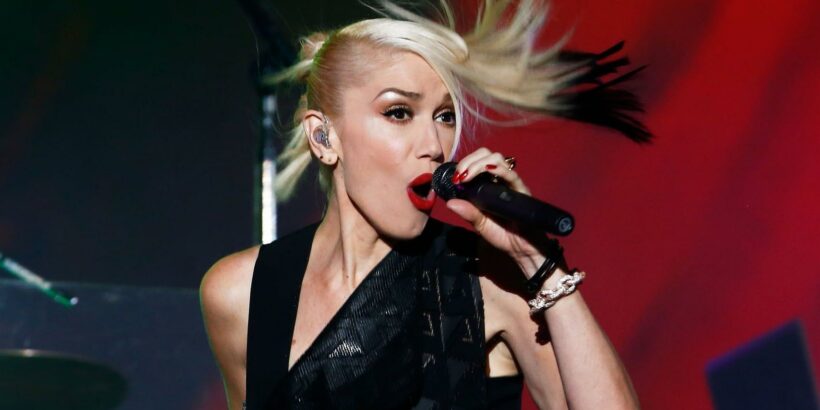 Gwen Stefani has been entertaining fans since the ’90s, when she exploded on the scene with her epic performances in the band No Doubt. She has gone on to become a worldwide sensation that has managed to stay in the headlines as a top musical artist a full 3 decades later. Breaking out into her solo career and moving into the realm of being a judge on the hit reality TV shows American Idol and The Voice, Gwen Stefani has proven to be a versatile, powerful influence in the world of music. This legendary artist has proven to be successful in a variety of different ventures she has taken on, and Inspiration Feed notes that this has amassed an astounding net worth of $150 million. Taking after her own song titled Rich Girl, she made her dreams come true, and this is how she did it…

True musical passion as a teen led Gwen Stefani to form a band alongside her brother, Eric. It was 1986 when Eric suggested that she co-found the band with him, and positioned himself as the lead keyboardist. With Gwen Stefani on lead vocals, and main songwriters, No Doubt skyrocketed to the top heights of fame. Hits such as  Just a Girl, Don’t Speak, and Spiderwebs dominated the charts and fans lapped up every ounce of musical wonder the band churned out.

Arguably one of their most commercially successful albums was Tragic Kingdom, which sold over 16 million albums across the globe. After seeing wild success with the band, Gwen Stefani and No Doubt released Return of Saturn in 2000 and Rock Steady in 2001, before deciding to go on a short hiatus. They resurfaced again to release Push and Shove, which was their last endeavor as a group, in 2012.

RELATED: Blake Shelton Will Lose $26 Million After ‘The Voice’ Exit

With No Doubt on pause, Gwen Stefani continued to hone in her musical skills by throwing herself into her solo career. She began collaborating with big names such as Eve, and South Side, and the world recognized her as a wildly successful solo singer with the 2004 release of Love. Angel. Music. Baby (L.A.M.B).  Fans loved what they were hearing, and this debut solo album was certified platinum in the United Sates, The United Kingdom, Australia and Canada.

Stefani went on to release a number of other successful solo albums, each with rave reviews and huge success.

Judging On The The Voice And Mentoring On American Idol

Only the most wildly popular and most highly esteemed artists would be asked to sit on a panel of judges to hone in new, talented young artists. Gwen Stefani was invited to appear as a mentor on American Idol, and has more recently sat atop her throne on the judges panel on The Voice.

She began judging during Season 7, taking the place of Christina Aguilera on the show. This came with a massive, $10 million paycheck per season – and that was just the starting point.

It wasn’t long before Gwen Stefani and Blake Shelton became a hot couple and their romance began to attract a whole lot of attention. Adoring fans were mesmerized by their engagement, and watching the two judges interact with one another so intimately earned Gwen another $5 million dollar raise per season… this is something fans wanted to see, and the network was prepared to pay for. Money Inc. puts that in perspective by saying; “CeeLo Green ‘only’ made $2 million per season when he was on the show. Usher earned $7 million and Alicia Keys earned $8 million.”

Aside from the obvious musical talents that Gwen Stefani oozes with every career move she makes, she happens to be talented in the world of fashion, as well.

She has always been recognized for her spunky, funky, fashion-forward style that pushes back on societal norms. Her cutting-edge style has led her to be known as someone that regularly pulls off certain ‘looks’ that others would simply never be able to get away with.

Stefani monopolized on the recognition she was getting for her fashion sense, by establishing her own clothing line called L.A.M.B.

She polarized fans with the introduction of her Harajuku Lovers line, which was heavily inspired by urban Japanese culture.

In late 2006, Stefani branched out even further to launch a dolls line known as ‘Love. Angel. Music. Baby. Fashion dolls.’ Soon afterwards, her perfume called L for Lamb, was released to the world. Many other fragrances soon followed, and her success in this realm continued to grow.

Gwen Stefani has done some voiceover work for the movie Trolls, among others, and has even had a leading role on the big screen. She established herself as a noteworthy actress when she appeared in the 2004 film, The Aviator. She has appeared in a slew of other movies, as well as on the small screen, as well. She appeared on Gossip Girl, and has definitely run the circuit of talk shows, to name a few of her lesser-known appearances.

Stefani’s timeless beauty and seemingly ageless image has been highly sought after by leading brands and worldwide corporations. This has served her well when it comes to brand endorsements. She has been the face of L’Oreal as well as Urban Decay.

As Gwen Stefani embarks on her new life with Blake Shelton, fans expect she’ll continue to churn out the hits and embark on even more adventures that they can’t wait to tune in to, further adding to her already huge $150 million net worth.