Someone woke up on the wrong side of bed! Hilarious photos capture VERY snarky notices – from a sarcastic Siri to a sign branding litter bugs ‘jerks’

While most of us go through life trying to always be polite, there comes a point when even the best of us are so exasperated that we can’t help but be snarky.

And these photographs from around the world prove that sometimes a sassy attitude is the only approach to take when feeling fed up.

Collated by Diply, the hilarious images show people being very snarky or flippant – including a doctor whose mug warns patients to not compare their medical degree with Google searches.

Here, FEMAIL reveals a selection of the funniest photographs, which also include several sassy responses from virtual assistant Siri. 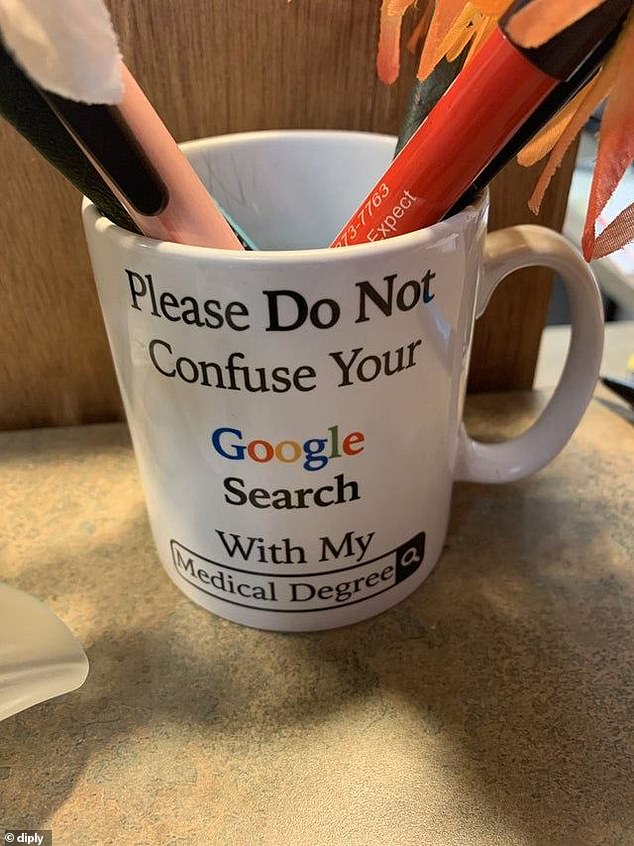 Collated by Diply, the hilarious images show people being very sassy – including a doctor whose mug warns patients to not compare Google searches to his medical degree 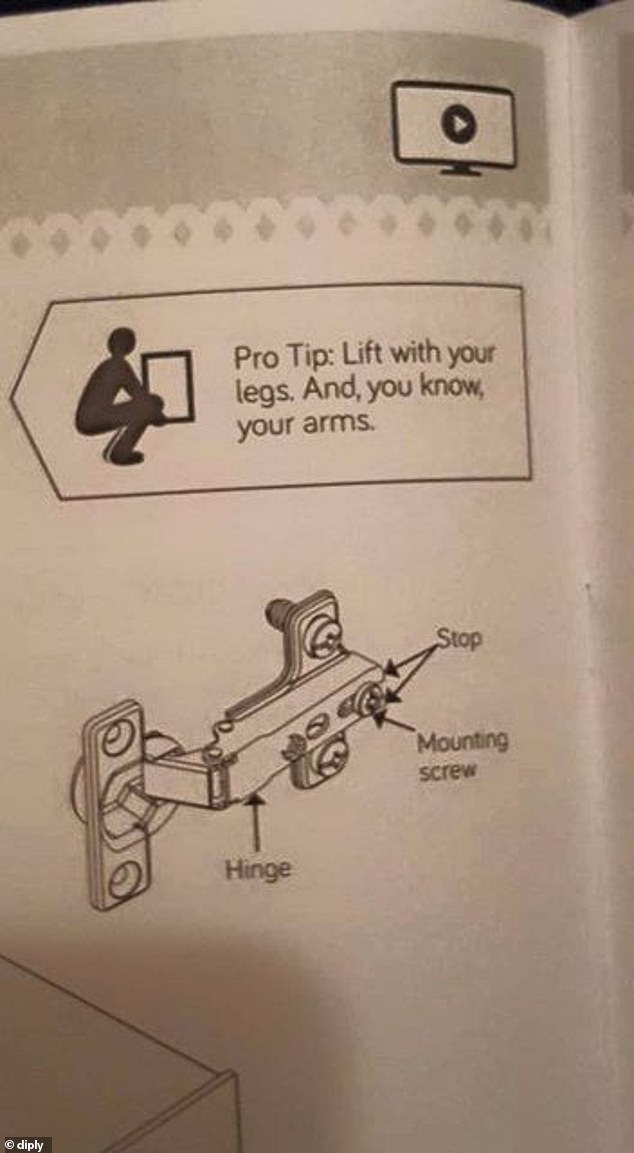 ‘Pro Tip: Lift with your legs. And, you know, your arms,’ was a surprisingly cheeky quote found in one instruction manual 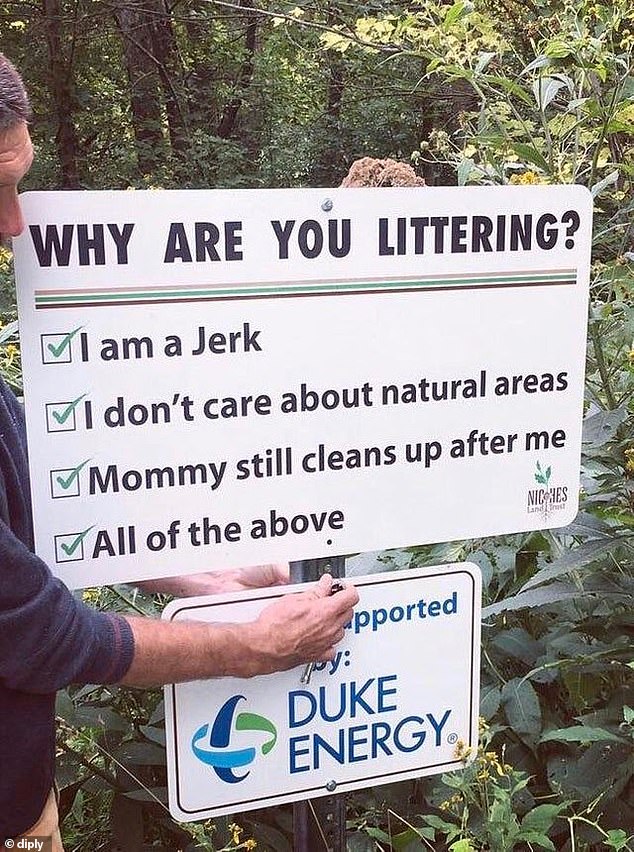 Littering wasn’t going to be accepted in this woodland area, and this sign shows just what residents think of those who committed the act 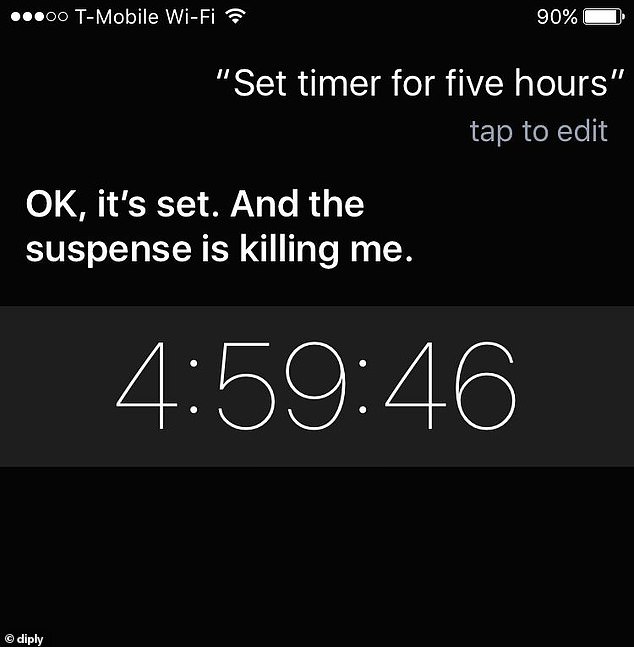 Even Siri gets sassy! The virtual assistant cheekily replied ‘OK, it’s set. And the suspense is killing me’, to the question ‘Set timer for five hours’

‘Don’t even think of parking here’: A door to a swimming pool had this very stern warning sign to motorists looking to park in the area

‘Texting and driving is clever, said no one ever’, read one amusing sign urging motorists not to use their mobile phone while driving 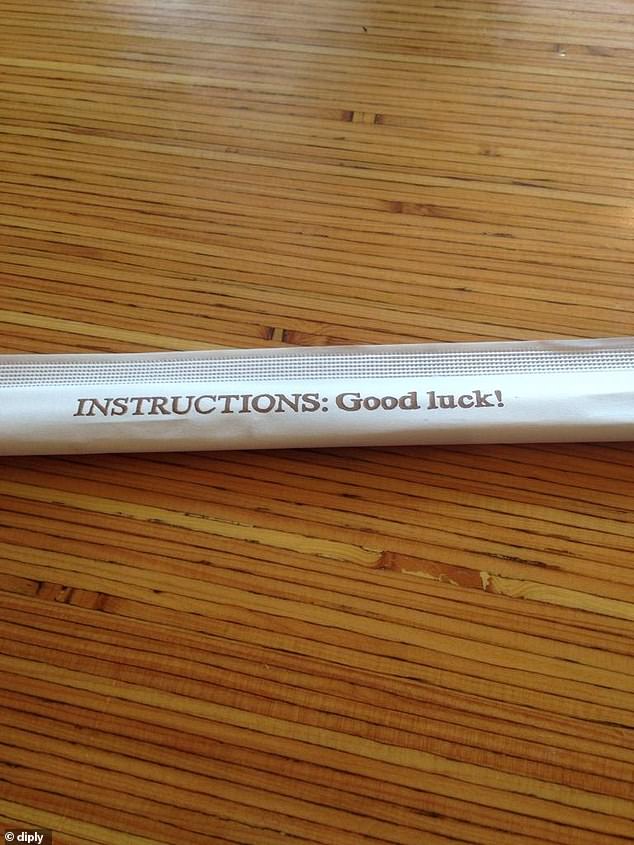 Chopsticks are difficult to use for many, and one manufacturer couldn’t be bothered to explain how to use them, instead just saying ‘Good Luck’ 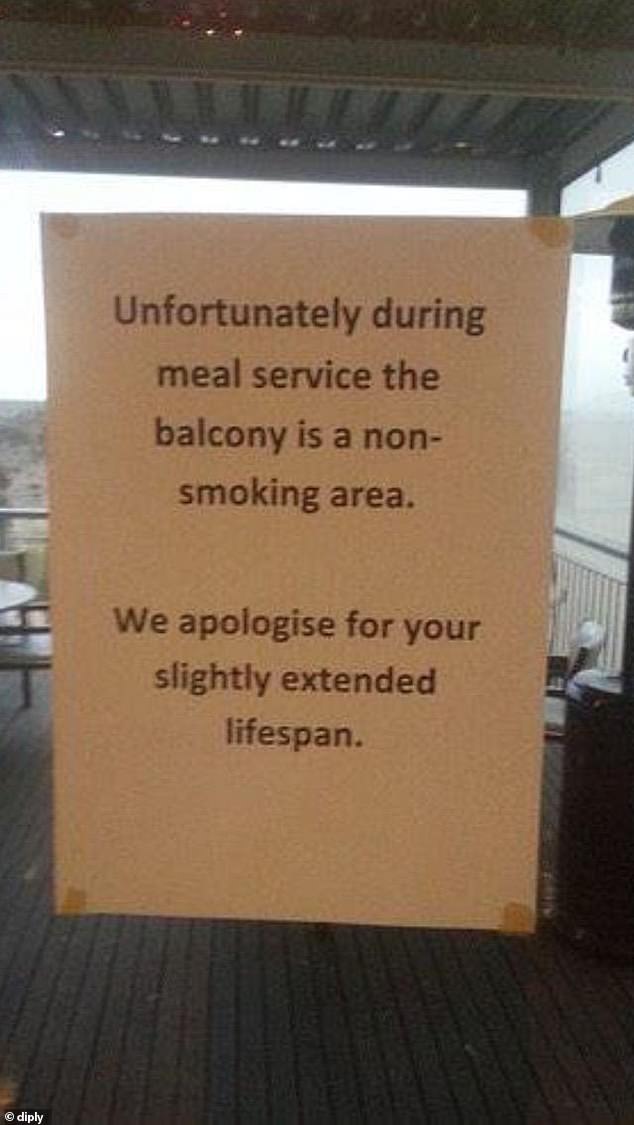 This cheeky app notification told the phone owner: ‘Try to really listen instead of waiting for your turn to talk again’ 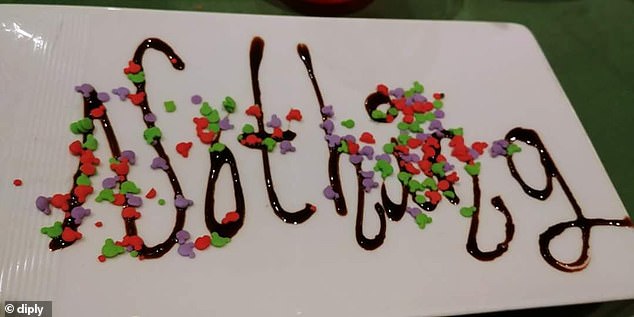 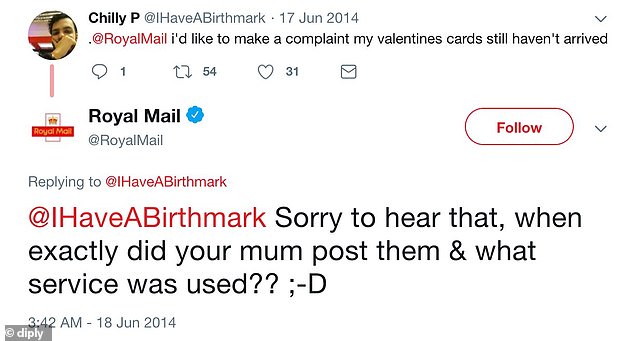 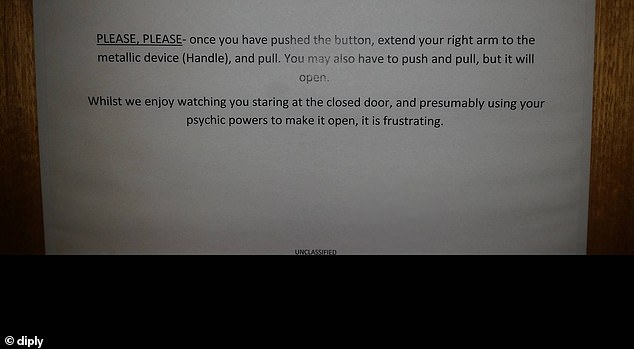 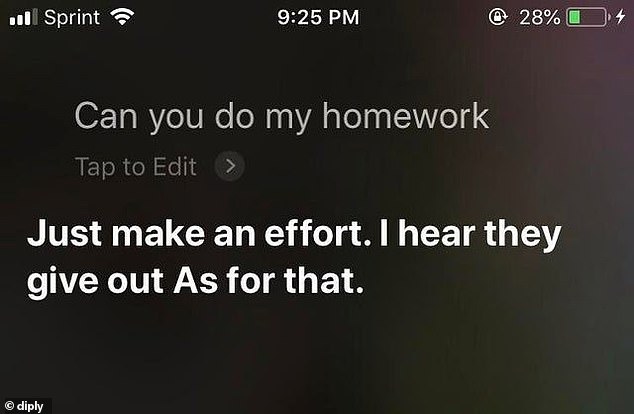 When asked ‘Can you do my homework’, a sassy Siri responded: ‘Just make an effort. I hear they give out As for that’ 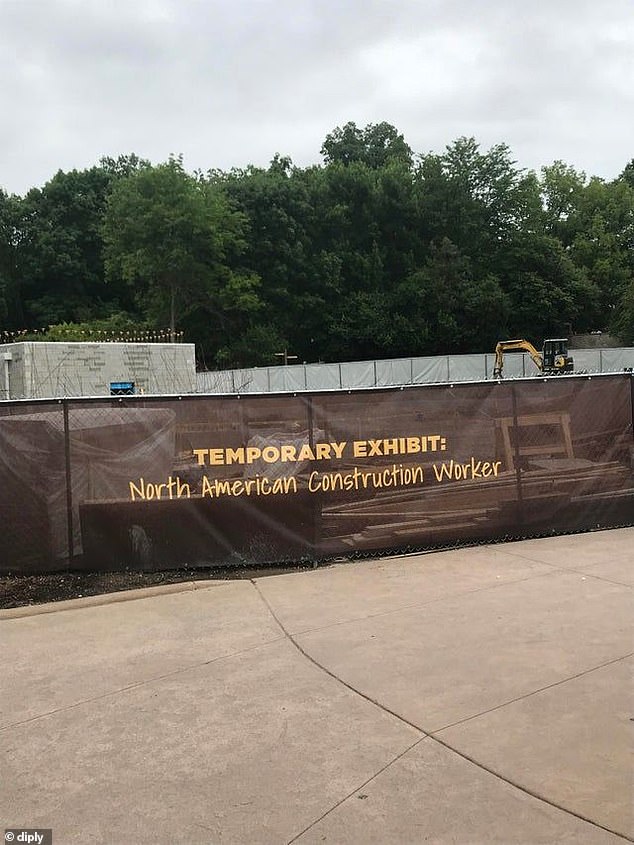 An American zoo poked fun at the work they were having done, creating a ‘temporary exhibit’ for the constructions workers