Million-pound homes are still on the up despite Brexit: Here are six VERY different properties around the country with a seven-figure price tag

Million-pound properties, while commonplace in London and the South East, are on the up across the UK – and nowhere more than Yorkshire, a report suggested today.

Amid Brexit concerns and impending interest rate rises, softening house prices at the top end of the market meant that numbers of such homes fell during the first half of 2017. But they sprang back sharply in the last six months of the year, according to data published by Lloyds Bank. 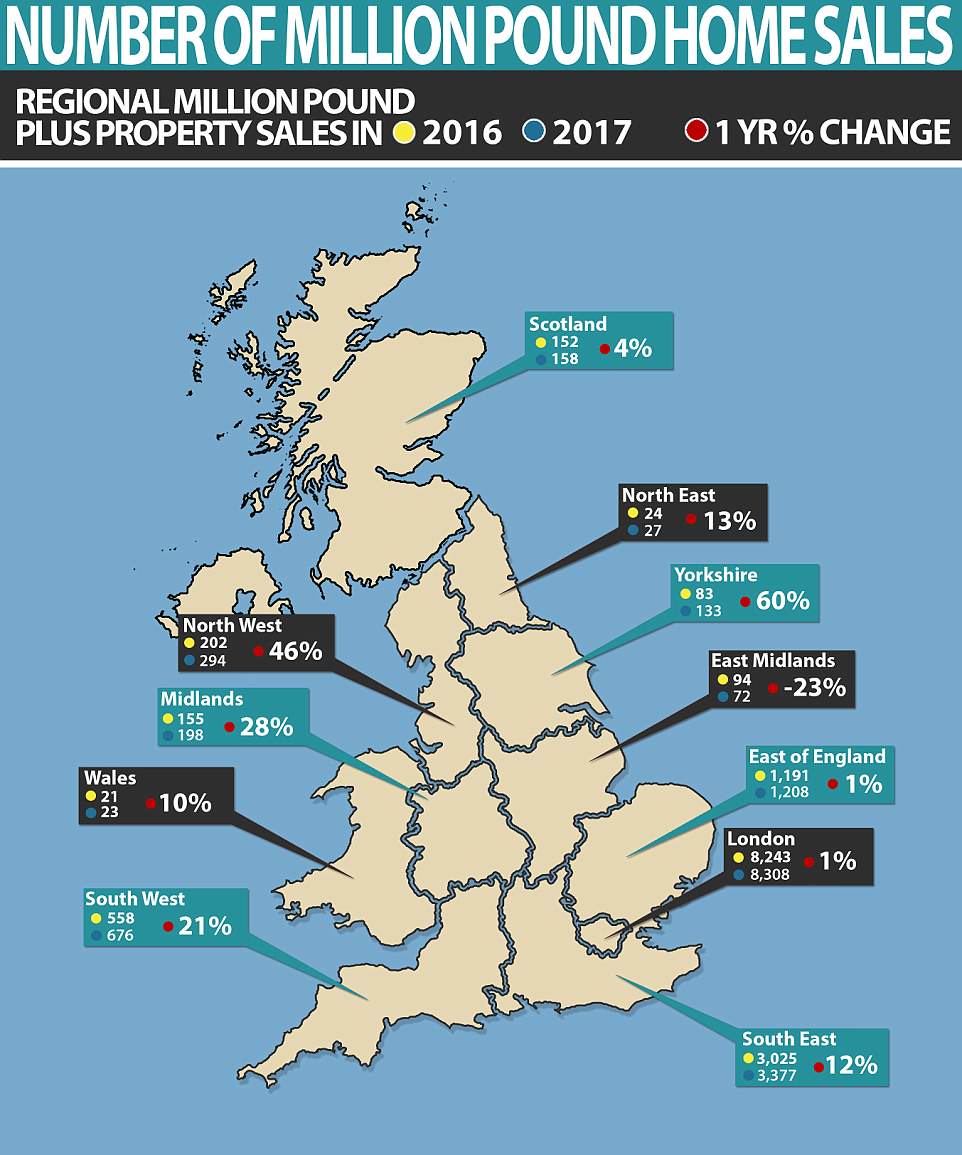 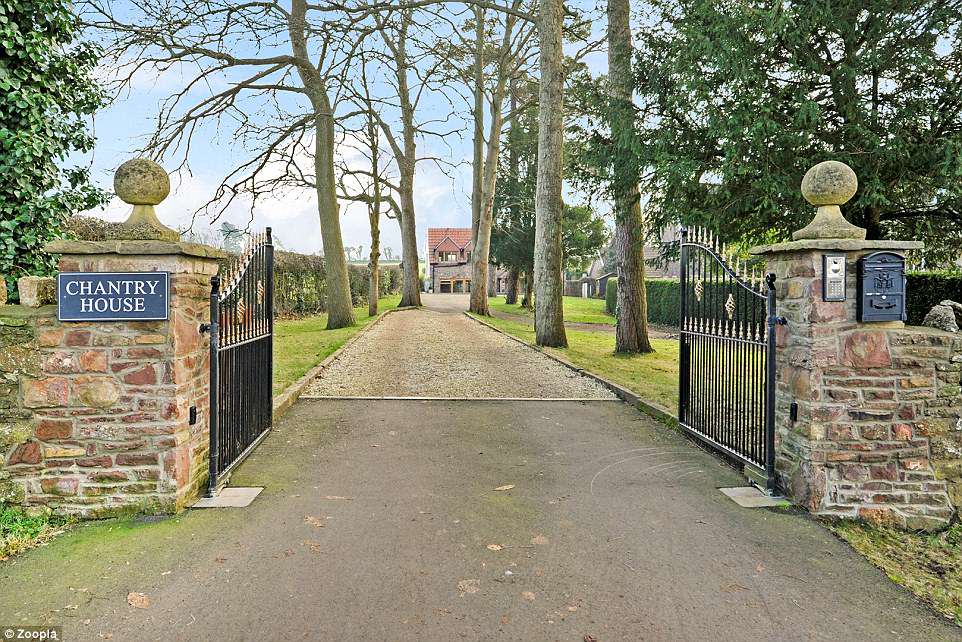 The number of £1million homes being sold is in the increase, according to data produced by Lloyds Bank.

More than half of million-pound sales – at 57 per cent – took place in London last year, but the number of transactions in the capital only increased by 1 per cent year on year.

By contrast, the number of million-pound home sales in Yorkshire and the Humber climbed 60 per cent during the same period, although this was from a much lower base of just 83 properties. 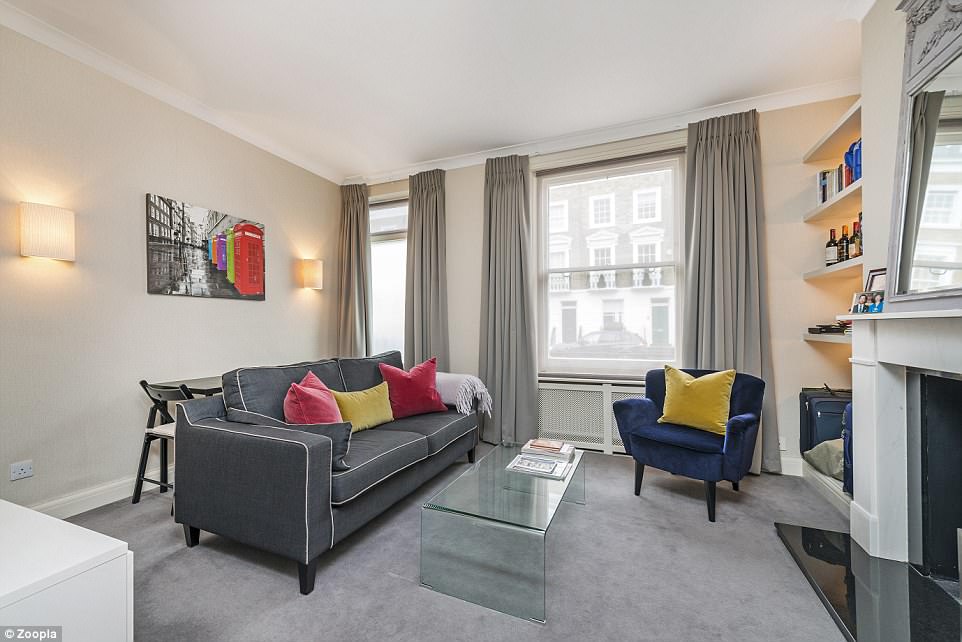 What does £1million buy? A two-bedroom flat in London’s Knightsbridge… 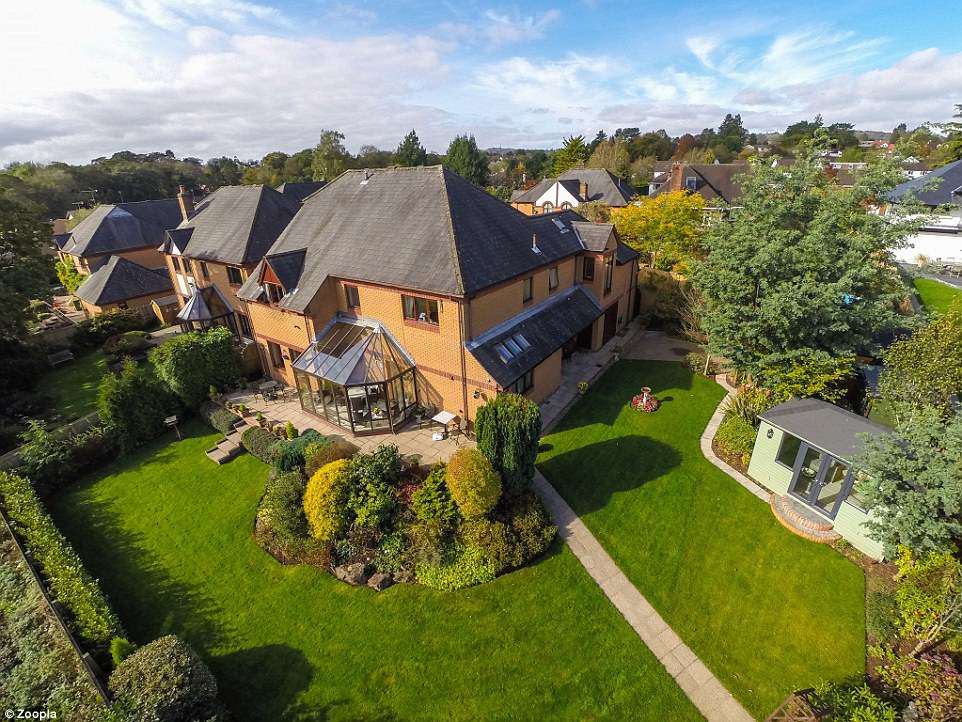 Buyers can get a lot more property for their £1million by looking outside of the capital. 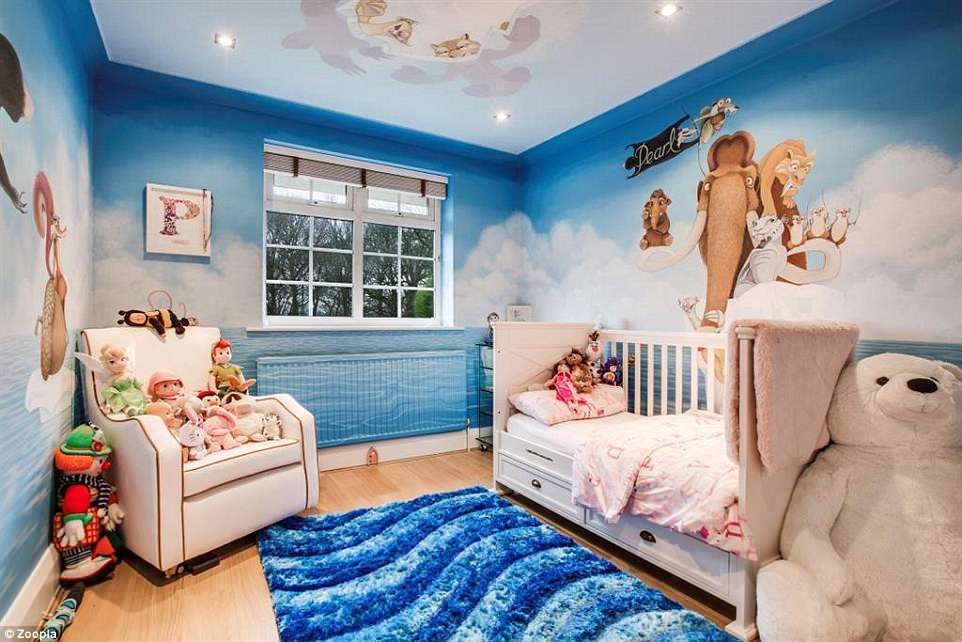 Sales in the North West were up by 46 per cent compared with 2016 and increased by 28 per cent in the West Midlands.

The only area where million-pound home sales fell last year was in the East Mildlands, where numbers dropped 23 per cent.

Jonathan Harris, of mortgage brokers Anderson Harris, said: ‘When it comes to housing, £1m doesn’t always buy you very much, particularly in London and the south-east.

‘It is no surprise that the number of million pound home sales across the country rose last year, despite the considerable cost of stamp duty on £1million-plus homes.

‘Some families have no choice but to pay this in order to get the bigger home they need and with house price growth continuing in many parts of the country, albeit at a slower pace than in the past, it is likely that the number of million pound home sales will continue to rise.’ 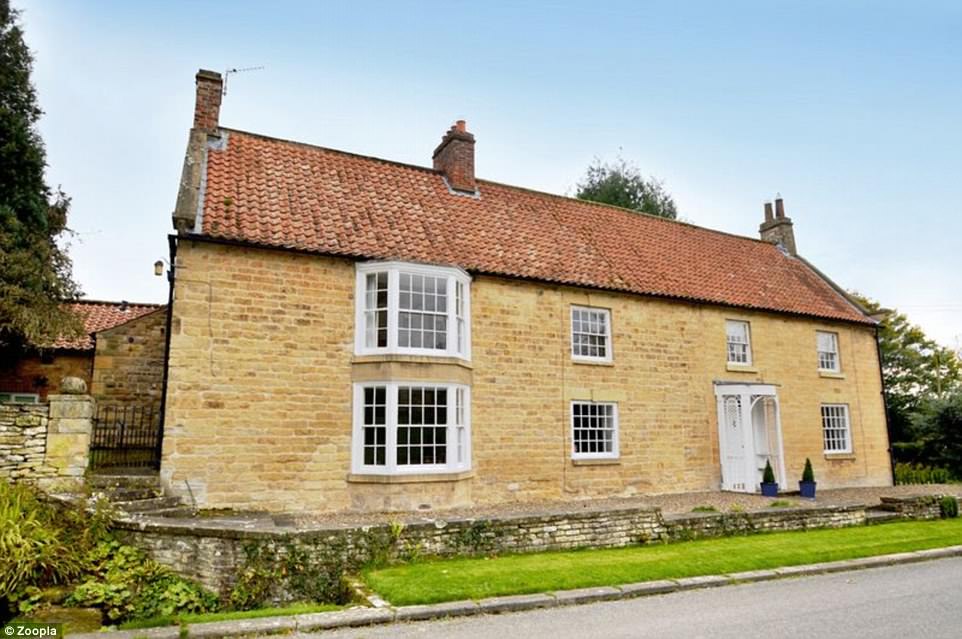 The number of million-pound home sales in Yorkshire and the Humber climbed 60 per cent, with this Scarborough house being sold by estate agents Cundalls

The Lloyds research revealed that during the past decade, the number of million-pound house sales across the country has ballooned 73 per cent.

But this increase has not been steady, with only 7,862 transactions in 2012, which is just over half the number seen last year.

Lloyds’ Banking Group’s Louise Santaana said: ‘The million-pound property market got off to a poor start last year, but made a good recovery in the second half.

‘Overall, 2017 was slow for the UK economy, with high inflation and low wage growth. But high-end homeowners and investors in many parts of Britain are starting to regain their confidence in the market, with exceptional growth seen in Yorkshire and the Humber, and the North West of England.’

She added: ‘As always, the highest number of transactions took place in the capital last year. But growth in London has started to slow for million-pound properties.

‘Overseas investors represent a good share of this end of the London market and some may be holding off buying, pending further clarity over Brexit.’

She suggested that the high cost of stamp duty may be an ‘ongoing deterrent’ in the top end of the market.

An overhaul of the stamp duty system means that anyone now buying a property for more than £937,000 pays more in tax. 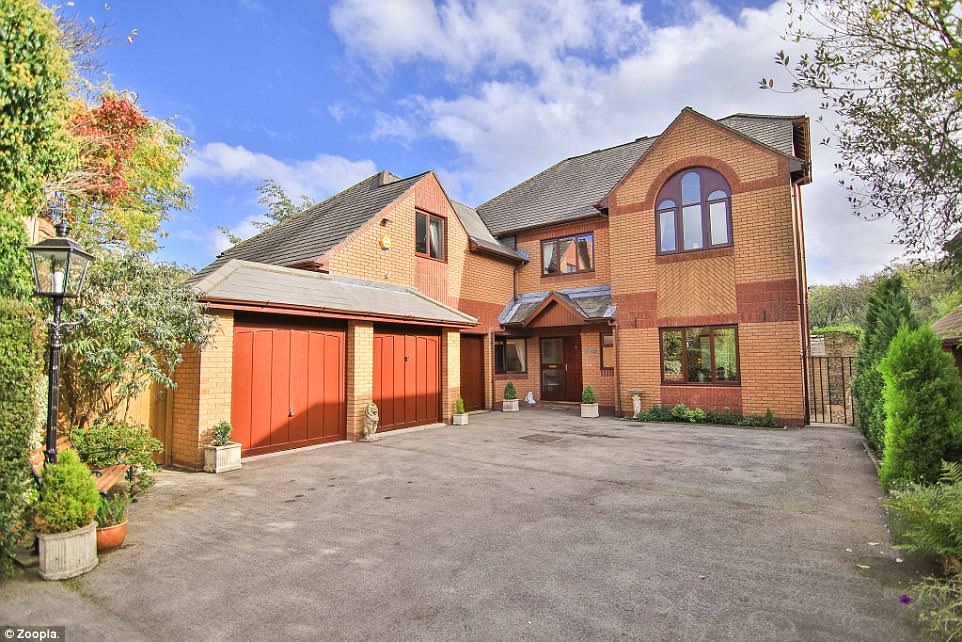 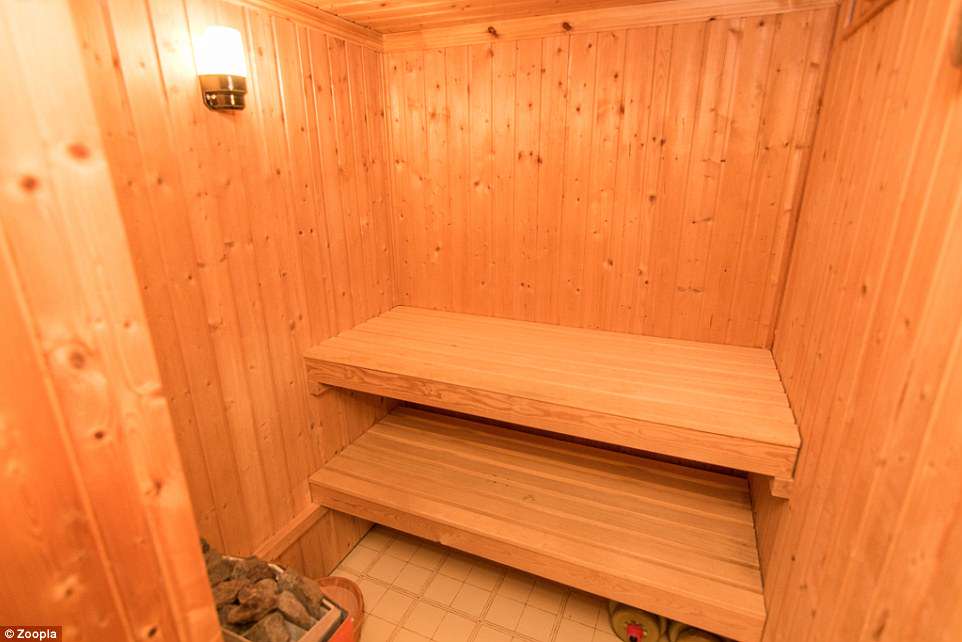 Hot property! There is a good-sized sauna on the first floor with pine seats and a food rest 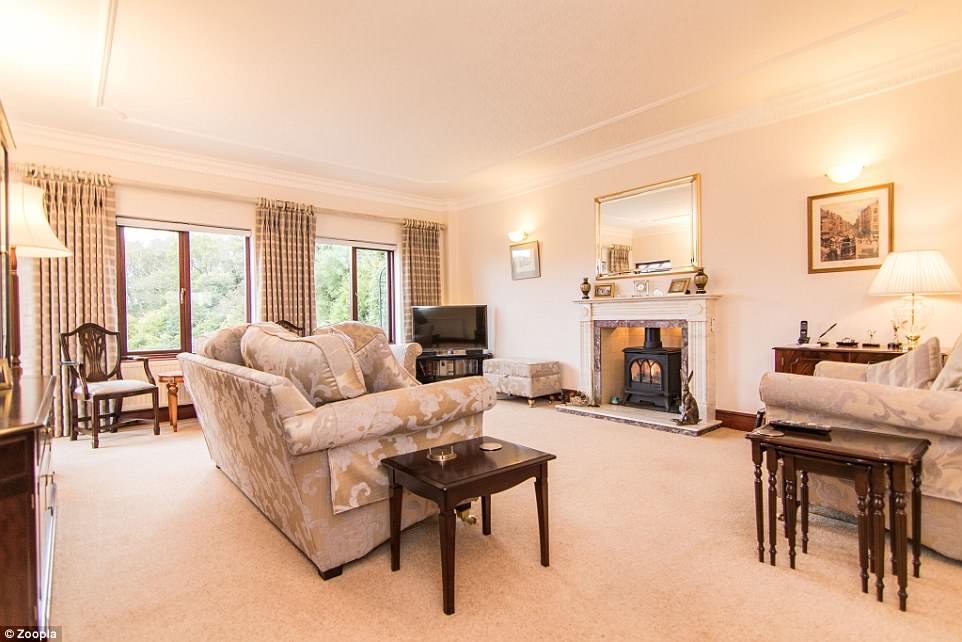 Added extras appear in the living room, where each window has electric remote controlled blinds . 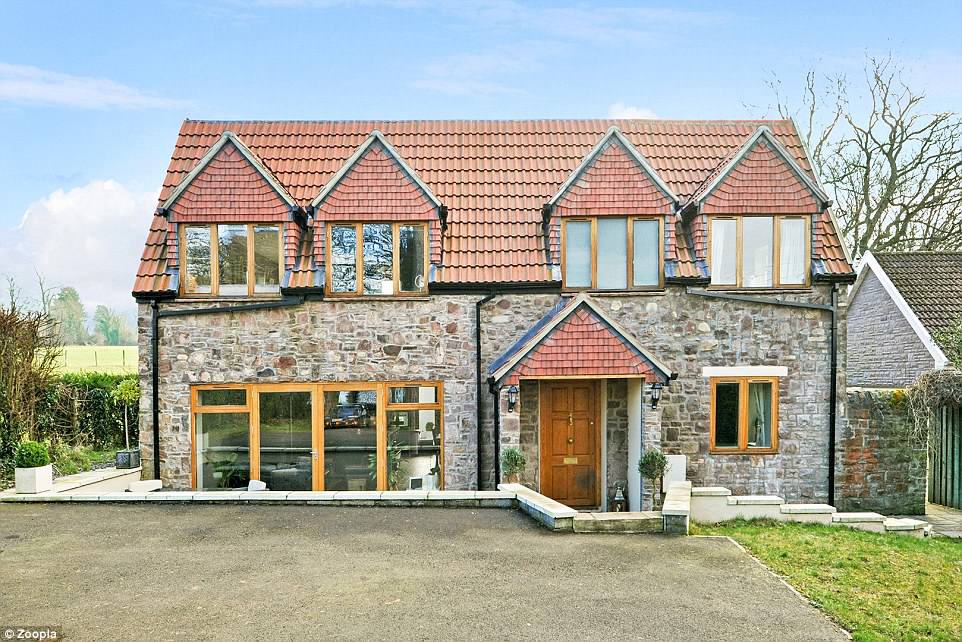 The five-bedroom house has been recently renovated and is being sold by estate agents Purplebricks. 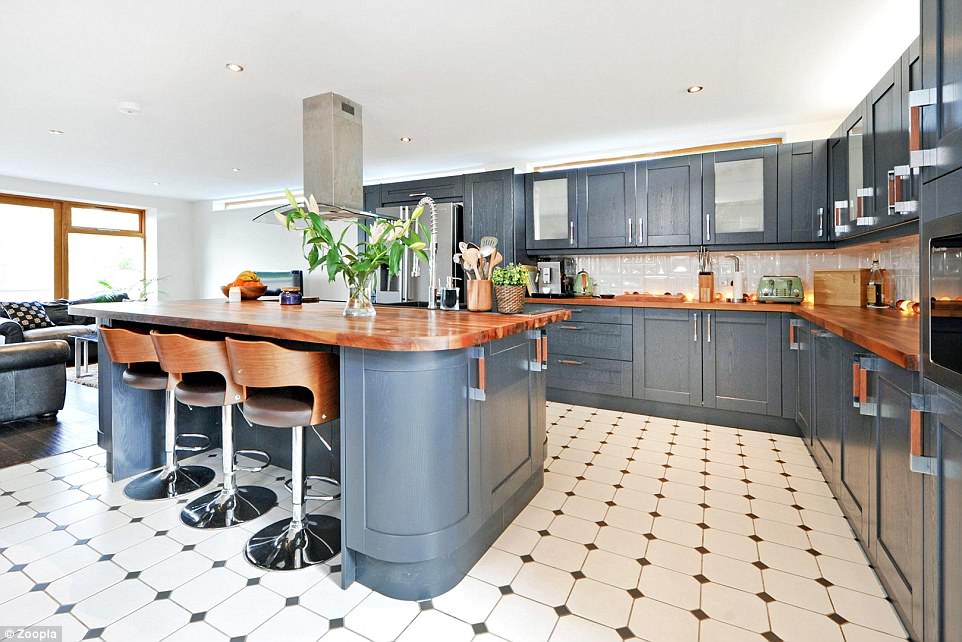 The impressive kitchen includes a central island with a breakfast bar and a cosy sitting area. 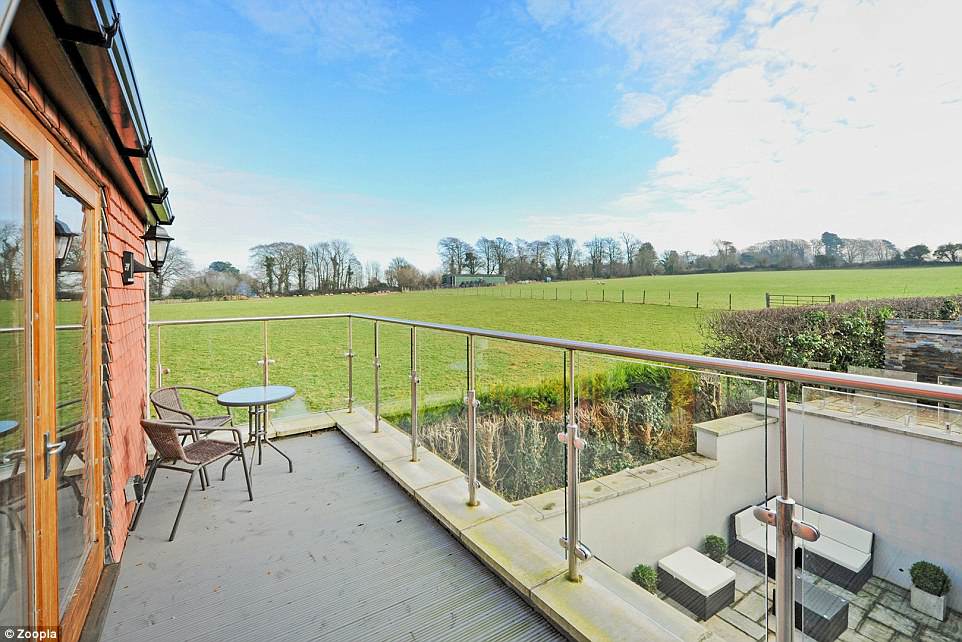 Outside space: The large sun terrace overlooks the rear garden and farmland 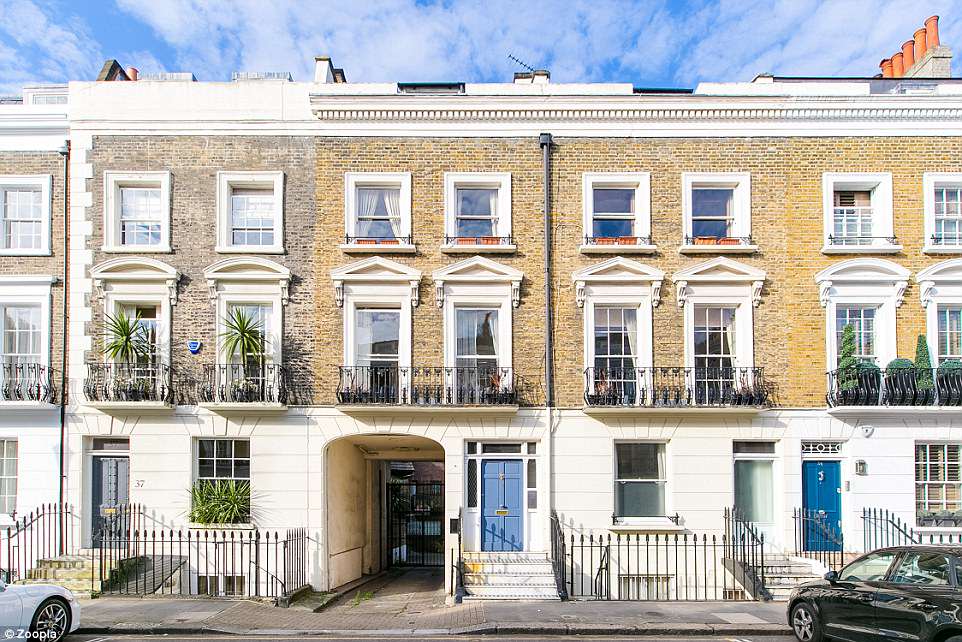 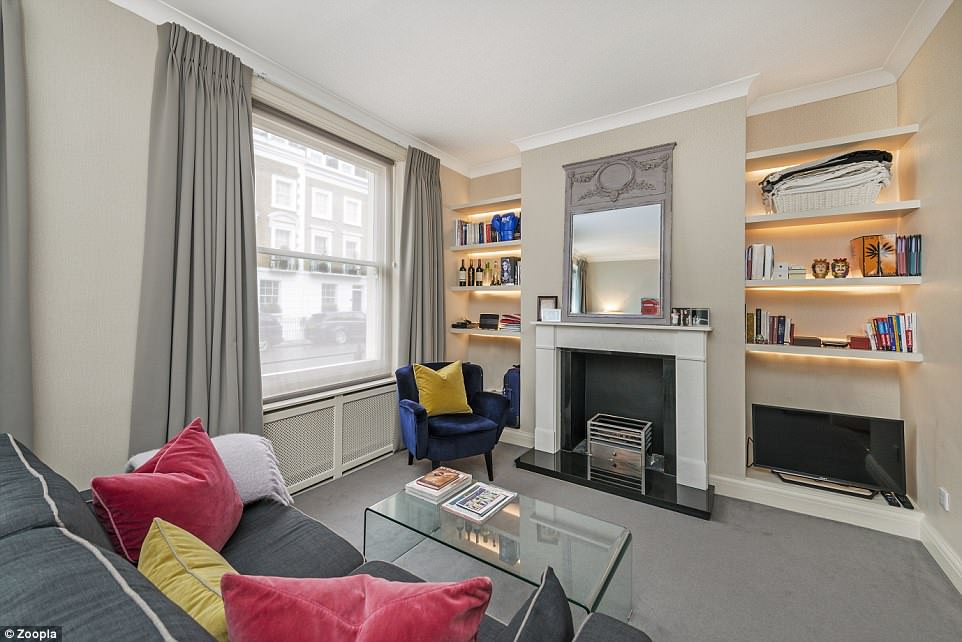 A modern look! The leasehold property was recently refurbished and is being sold with a long lease 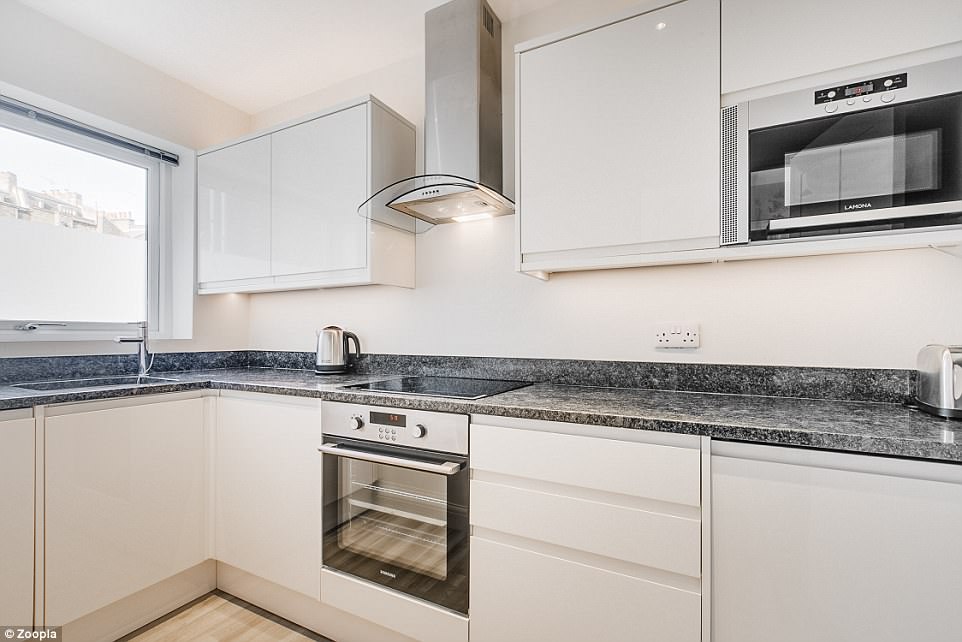 The fresh kitchen is in good condition, with a clean and modern look 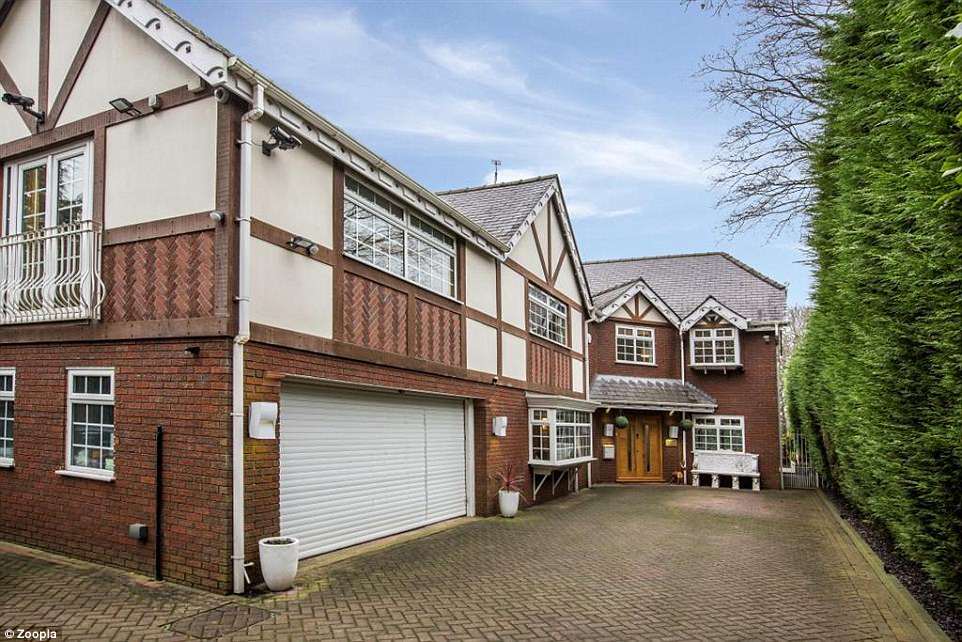 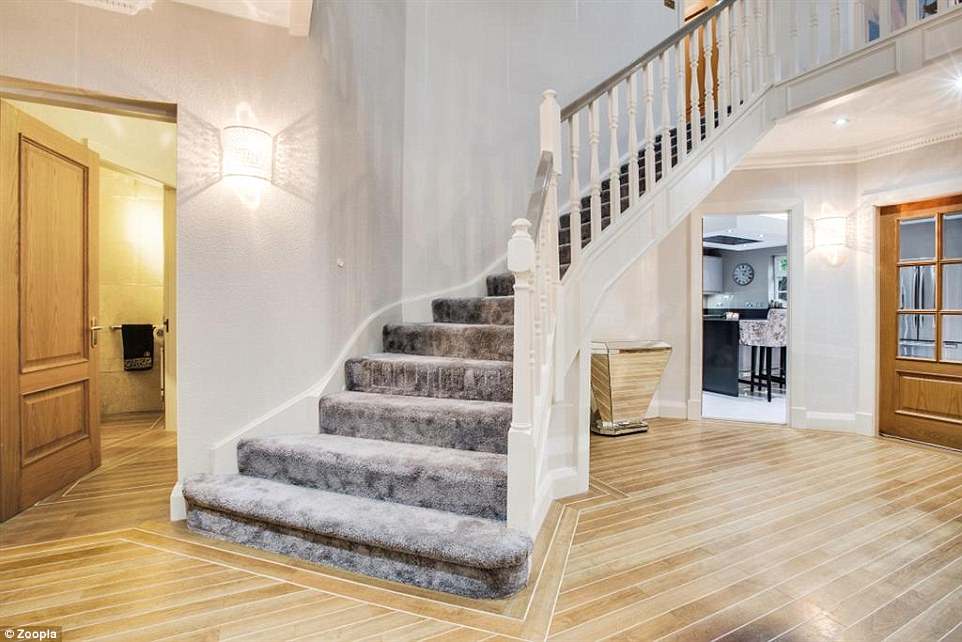 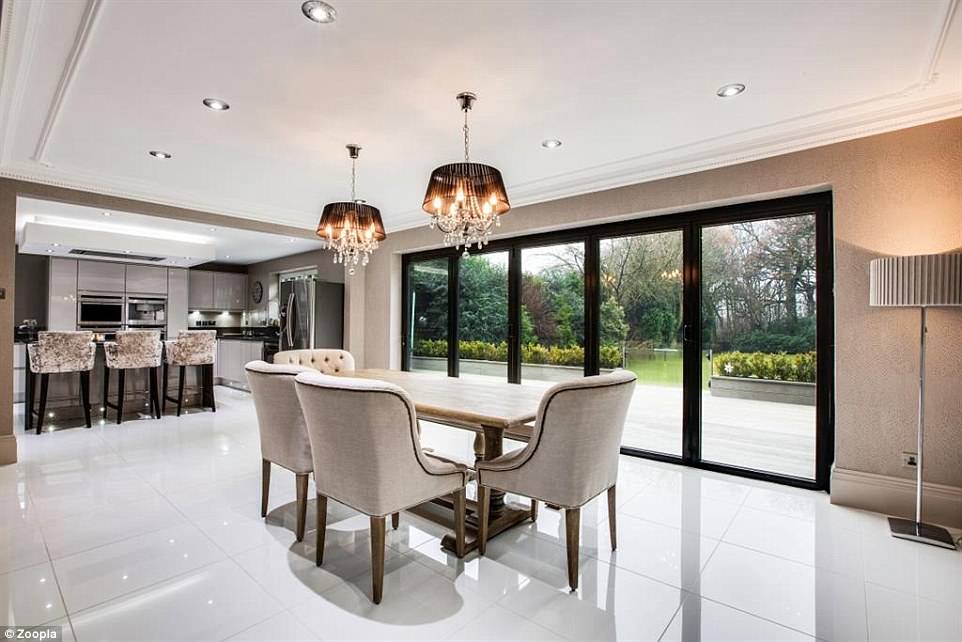 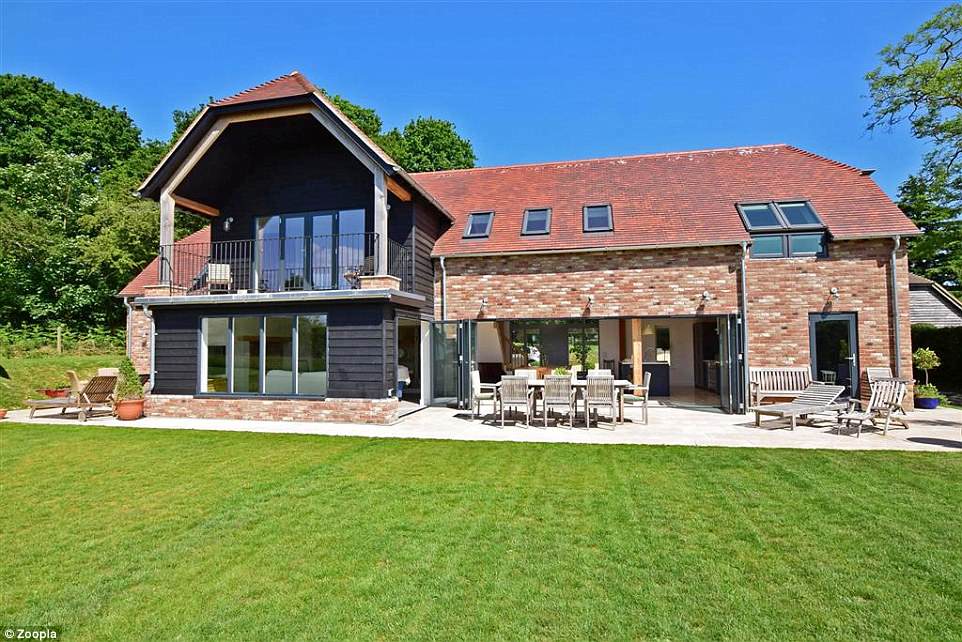 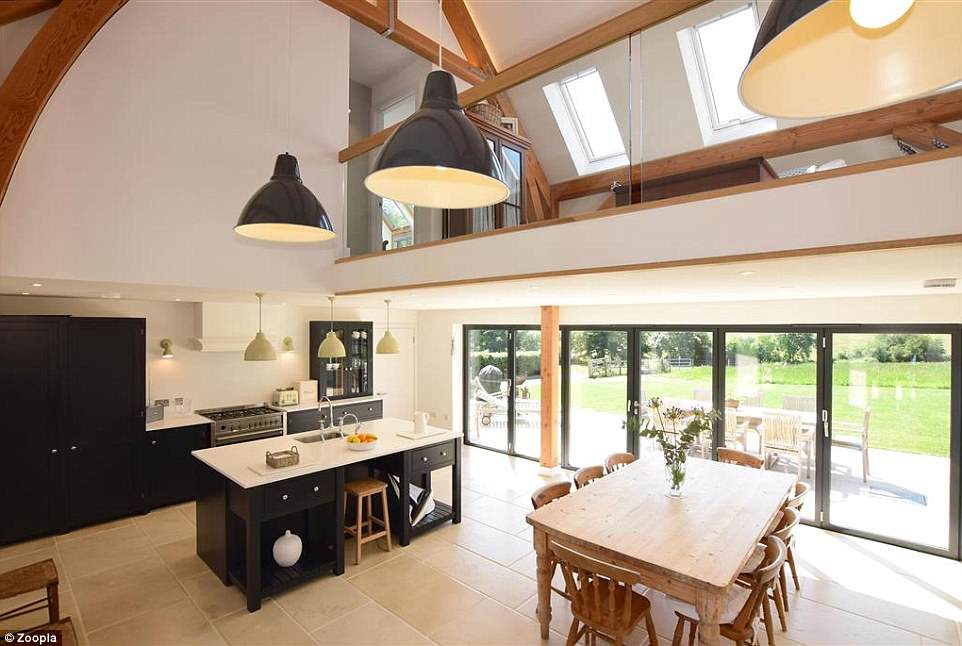 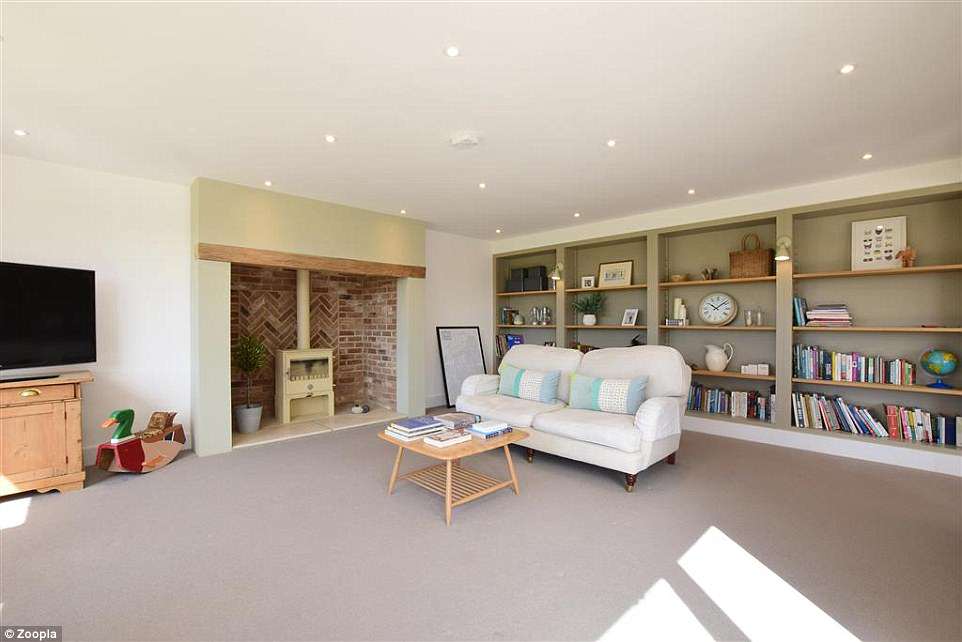 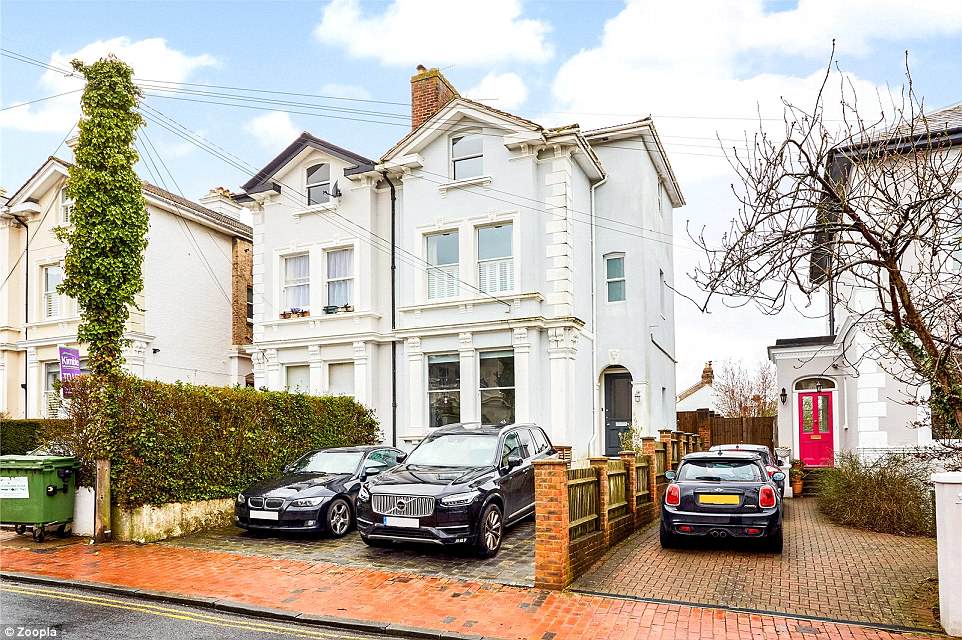 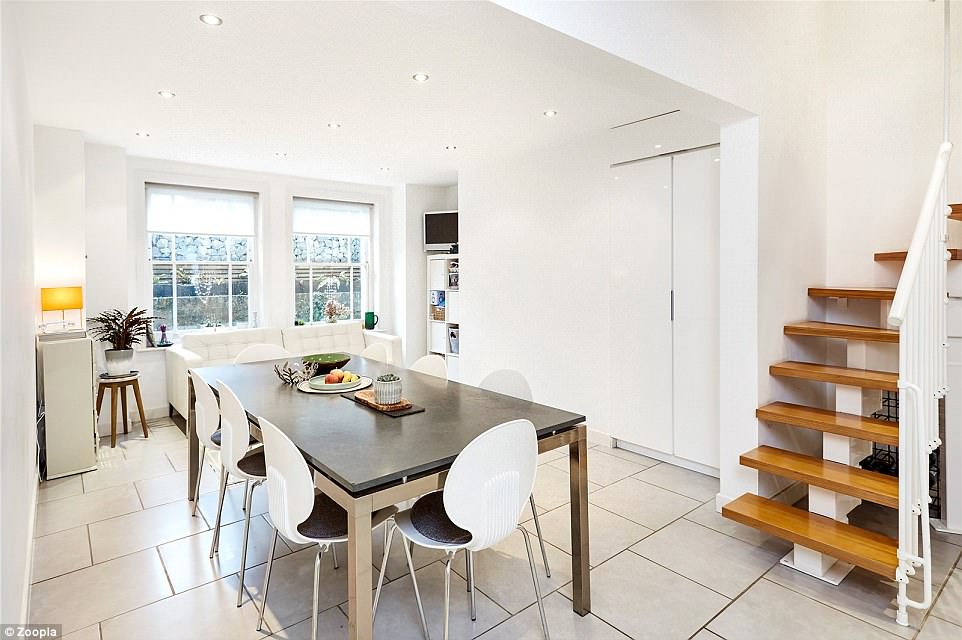 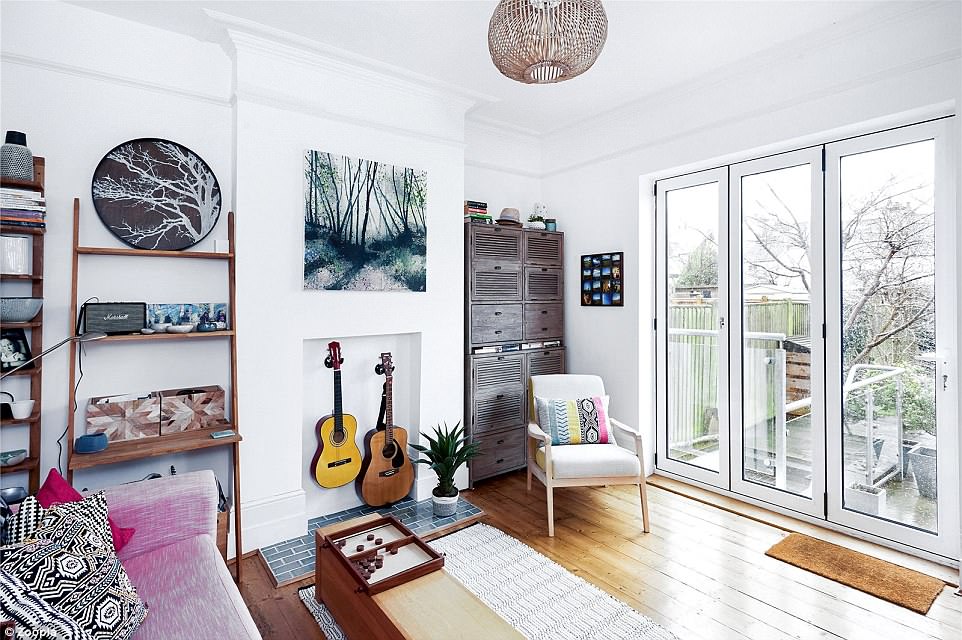