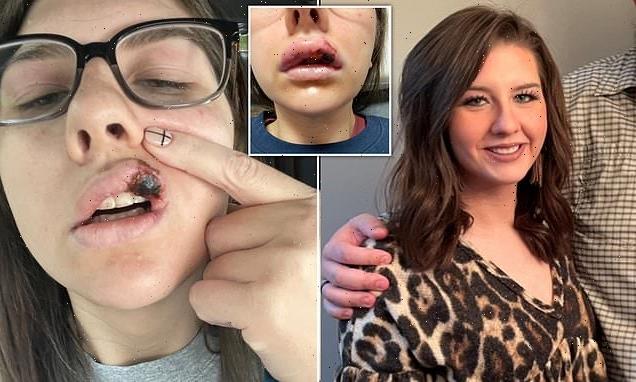 Nurse, 26, claims botched fillers injected into the wrong place in her lip left the tissue DYING – and doctors were forced to put her in a pressurised chamber to ‘save her face’

A nurse who wanted to enhance her natural pout with fillers has revealed how the simple procedure saw her almost ‘lose her face’ when tissue in her lip began to turn black and die just days after the cosmetic treatment.

Paige Bellinger, from Jonesboro, Arkansas, visited a beauty practice close to where she lives to get 0.5ml of filler injected into her top lip for the first time last August.

However, hopes of an enhanced smile quickly turned into an expensive medical drama when the cosmetologist administering the filler ‘met with resistance’ while filling the upper right side of Paige’s lip – and a white spot formed on the skin.

The 26-year-old nurse says she now knows that the white spot is a tell-tale sign of a vascular occlusion – the blood supply being cut off – and thinks the filler was injected into a blood vessel by mistake. 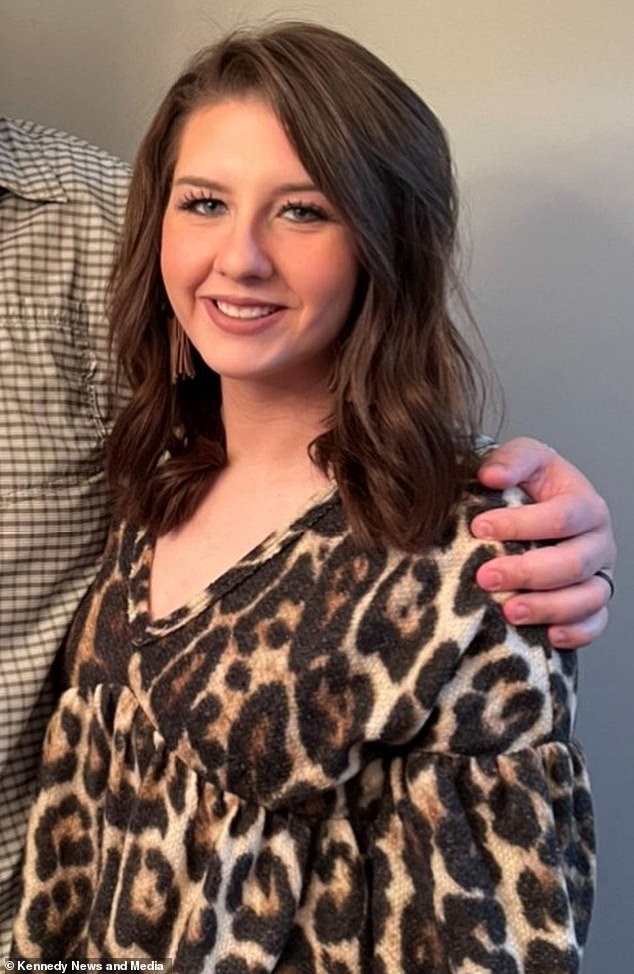 Paige Bellinger, 28, a nurse from Arkansas, visited a beauty practitioner to enhance her top lip, which she felt was ‘disproportionate’ to her bottom lip, in August last year 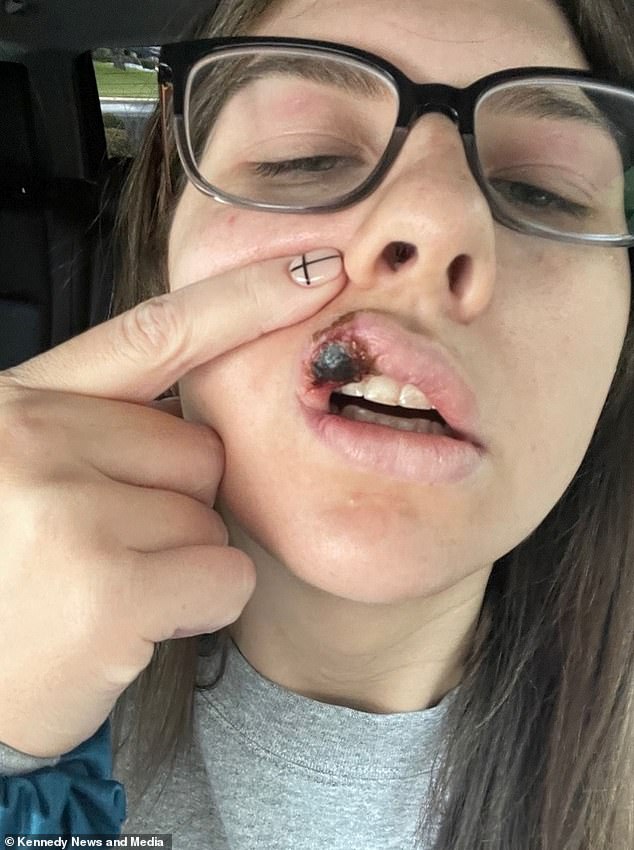 The cosmetologist administering the filler ‘met with resistance’ while filling the upper right side of Bellinger’s lip – and a white spot formed on the skin, which days later turned black and started to crust

The nurse has now shared shocking photos of her ordeal in a bid to warn others about the risk of complications with filler. The cosmetologist who injected Paige’s lips has been contacted for comment.

After her lip filler appointment, on 6th August last year, Paige says she immediately suffered from intense pain and swelling as well as noticing that the right side of her top lip looked suddenly pale.

Explaining why she wanted the procedure done in the first place, Paige said: ‘My top lip is a little bit disproportionate to my bottom and I have this really big ‘m’ shape that I just do not like so I thought maybe we can even it out.

‘When she initially put the needle in the right side she met some resistance and I kind of winced and she said ‘sometimes one side will be a little tougher than the other’.

However, while some swelling is anticipated, Paige says she was soon experiencing severe pain.

‘That day my lips were super painful – I could hardly talk, I couldn’t smile and I messaged her about it several times and she was just like ‘that’s normal, you just need to massage them’. 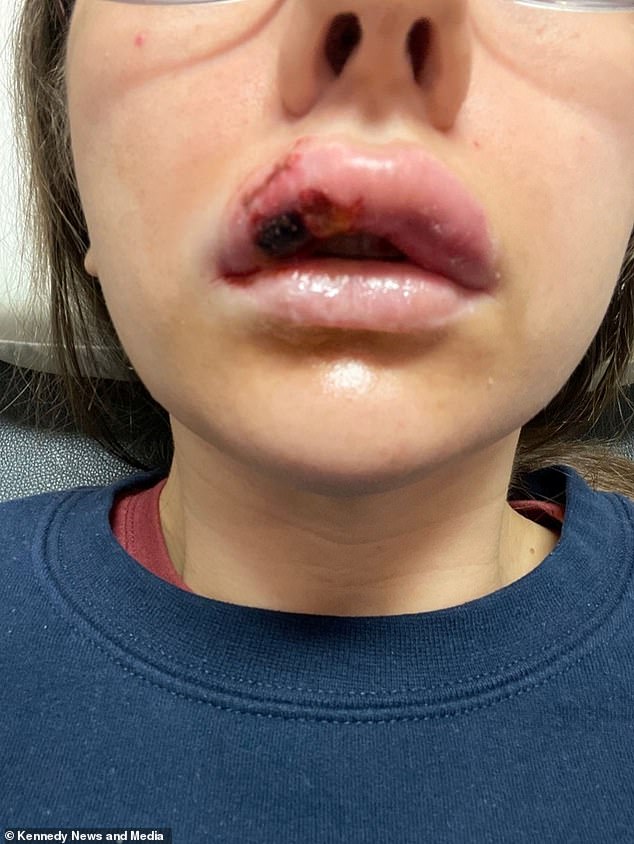 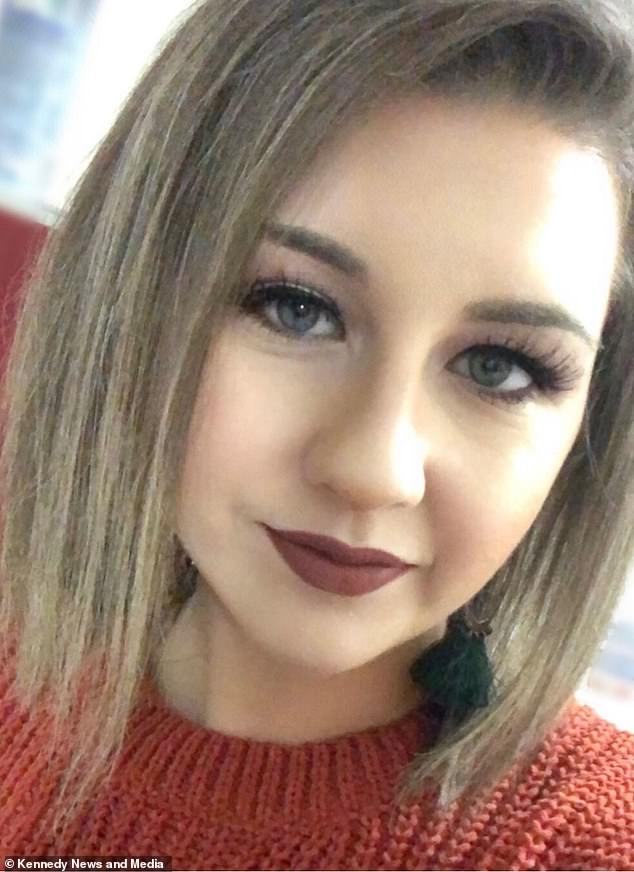 How Bellinger looked before the treatment; she says she was unhappy with how big her bottom lip was naturally compared to her top lip and wanted to even things out – but was left facing expensive treatment to reverse the damage 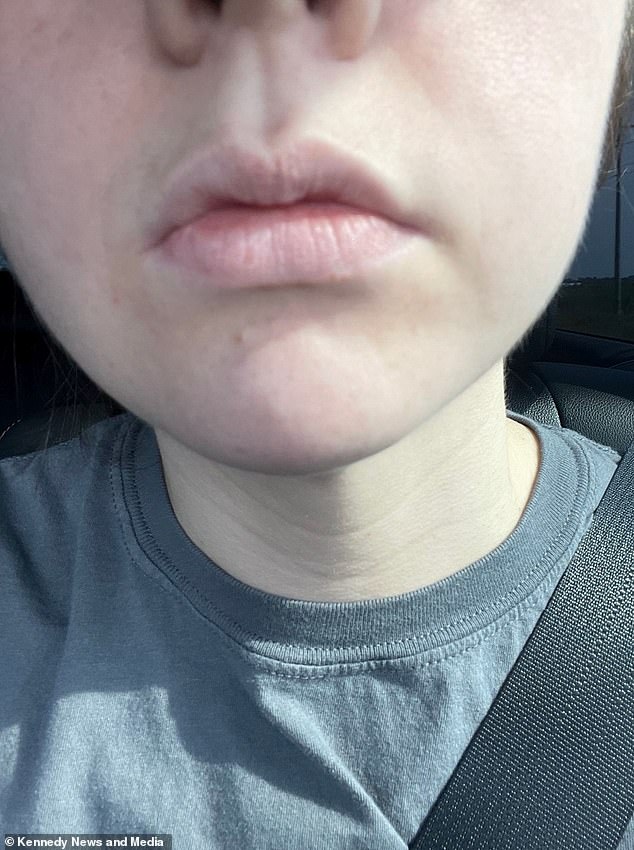 Before: How Bellinger’s lips looked before she had 0.5ml of filler injected into her top lip

Despite expressing concerns and sending multiple photos of her swollen and painful lips to the beauty clinic over the next few days, the practitioner told Paige that her lips looked ‘totally normal’.

Messages show the practitioner repeatedly brushed off her concerns and told her to just ice and massage the area to help the swelling go down, reassuring Paige that her symptoms were ‘normal’.

She says that it was clear something was wrong because the skin had turned white but was told it happened sometimes and not to worry.

However, she decided to go to urgent care two days later when she noticed a delayed capillary refill when she pressed on her lip; a doctor gave her a steroid injection hoping it would reduce the swelling and restore the blood flow.

The following day, when her symptoms persisted, she was given another steroid injection and prescribed antibiotics and an antibiotic cream due to concerns her lip had become infected. 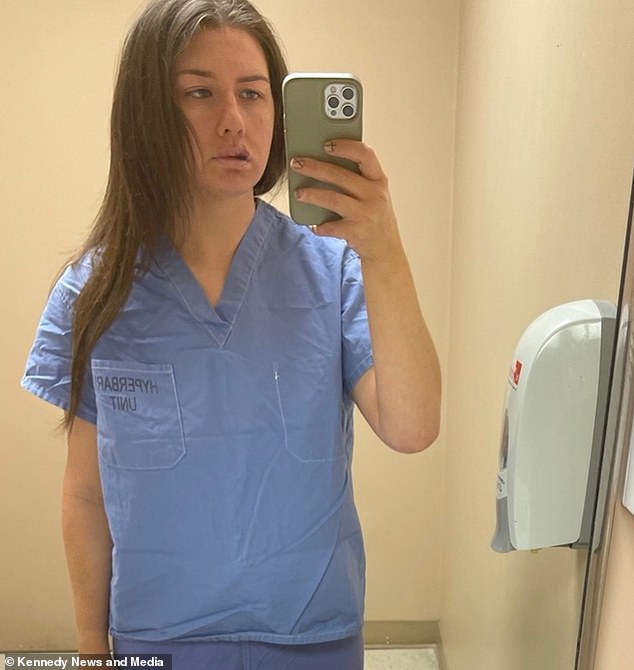 After multiple hospital visits, she claims a doctor finally confirmed five days after her appointment that the filler had most likely been injected into a vein and was starving her lip of oxygen.

When her symptoms worsened again, she says a wound care specialist finally confirmed that she had suffered a vascular occlusion and sent her for emergency treatment the next day, less than a week after the initial appointment.

In efforts to restore blood flow and ‘save her lip and face’, Paige then underwent treatment in a pressurised chamber.

Paige explains: ‘The doctor said if I wanted my lip at all I was going to have to get into a Hyperbaric chamber to restore blood flow.’

Paige then underwent a total of ten hours in a Hyperbaric chamber, split over five sessions, using oxygen at a higher atmospheric pressure to see if the blood supply could restore around the filler.

Unfortunately this wasn’t the case and the pressure actually dislodged the filler, further cutting off blood supply to her nose and chin and meaning she had to have the filler dissolved immediately, or risk ‘losing half her face’.

Paige said: ‘I went in the Hyperbaric chamber and when I got out they said I needed to go and get my filler dissolved immediately because the pressure had dislodged my filler. 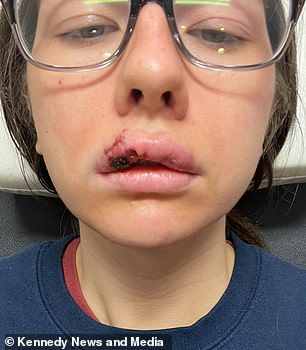 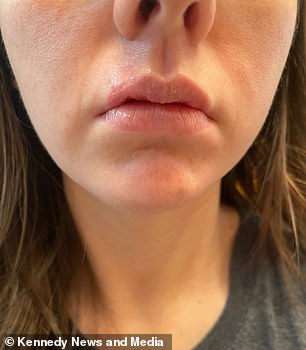 Pain: The 26-year-old says the infection in her lips hurt so much she thought she might ‘pass out’. Right: How her lips look now, with the filler removed – but left with scar tissue

WHAT IS A HYPERBARIC OXYGEN CHAMBER?

Traditionally used to help divers recover from decompression sickness, hyperbaric oxygen chambers contain air that is pressurised at a level up to three times higher than normal.

The pressurised air can help promote faster healing and lets the lungs inhale more oxygen than they normally would.

The additional oxygen is then carried through the blood around the body, fighting bacteria and promoting faster healing.

‘It had cut off blood supply to my nose and chin as well so I was in danger of losing half my face – you could see the whiteness around the top of my mouth.

‘So then I was panicked because I didn’t want to lose my nose and chin as well, on top of my lips.

‘I went to get it dissolved immediately which was probably the most painful thing I’ve done in my life.

‘They ended up having to do a dental block on me because it was so painful I was shaking and was afraid I was going to pass out because it hurt so bad.’

But after the traumatising experience and being forced to fork out almost £4,500 ($6,000 USD) on doctor’s visits and treatments, she has been left ‘angry’ that the cosmetologist has failed to take responsibility.

The practitioner in fact blamed Paige for the complications, saying she ‘didn’t follow aftercare instructions’ and ‘got a steroid shot before she had time for them to settle’.

The nurse, who has been put off filler for life, now hopes to encourage others considering getting filler to thoroughly do their research to avoid the same fate she suffered.

Paige said: ‘It makes me angry that she hasn’t taken responsibility for it.

‘If I hadn’t continued to go from provider to provider then I could’ve been in a lot more trouble and the next person she does this to might not know the signs and there’s no telling what could happen to them.

‘The scab came off after about three weeks and I’m fully healed now, but I still have some lumpy scar tissue in my lip. I will never get anything done ever again.’ 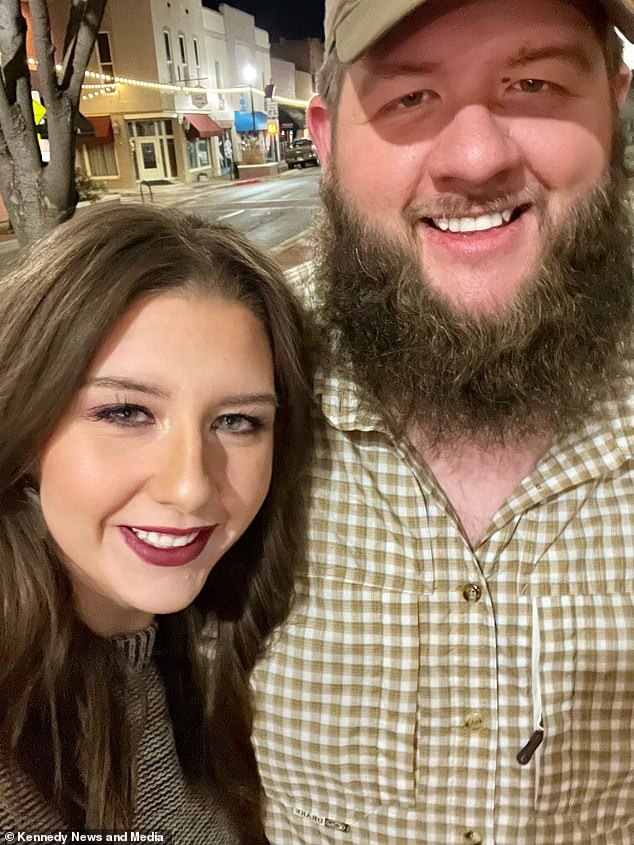