‘Most heartwarming tweet ever!’ Nursing guru Dame Elizabeth Anionwu marks 70 years of the NHS by sharing adorable photos of herself and a friend on their first day training in 1968 – and the pair now, after 50-year careers

A celebrated British nurse has melted hearts with two photos that reflect 50 years of friendship – and 50 years of dedication to the NHS.

On the eve of her 71st birthday, Dame Elizabeth Anionwu, posted the images of herself and her friend Sue Rees, who turns 71 a day after Dame Elizabeth, graduating from Paddington General Hospital after three years’ training in 1968.

The nursing guru, who helped set up the first Sickle Cell centre in the UK, then published another image of the pair side-by-side, five decades on.

The photos, posted to mark the 70-year anniversary of the NHS, have now gone viral, much to the ladies’ surprise, with nearly 18,000 people liking them and thousands posting messages. 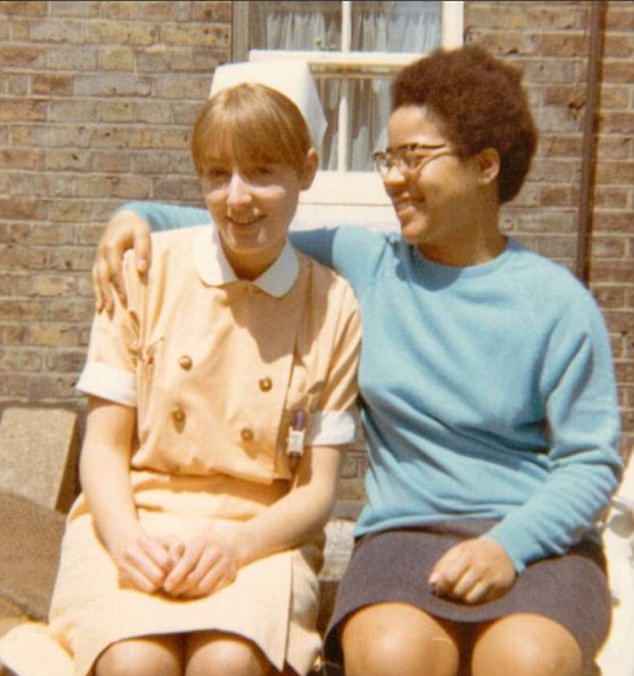 Dame Elizabeth Anionwu, right, posted this photograph on Twitter of herself and her friend Sue Rees, who has retired to Brighton, graduating after three years of nursing training in 1968 from the then Paddington General Hospital 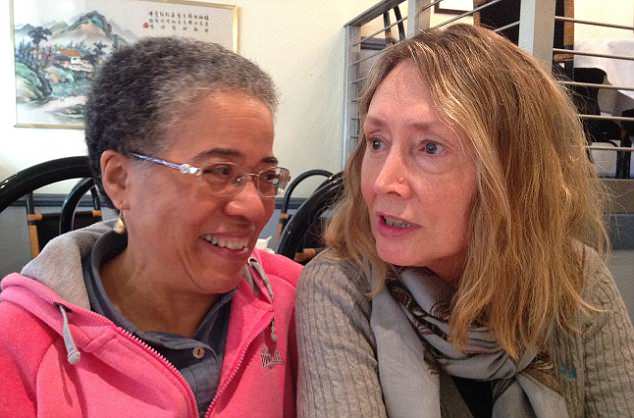 Look at us now! The pair remain close friends after their lengthy respective careers in nursing. Dame Elizabeth, who helped found the first Sickle Cell centre in the UK, posted the photos to mark the 70th anniversary of the NHS using the hashtag #NHS70 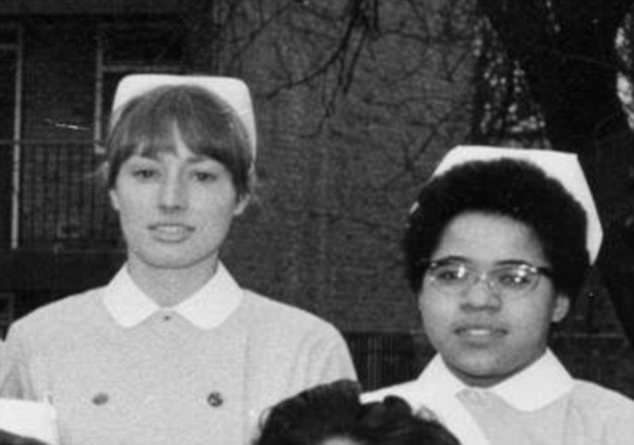 Dame Elizabeth Anionwu (right) and her friend Sue Rees pictured while training at Paddington General Hospital in 1966. Sue says the images now feel like they’re from a ‘different era’ Class of 68: Sue Rees and Dame Elizabeth are seen on the back row (second and third from right) during their first year of training

In the tweet, Elizabeth, who was made a dame in 2017, wrote: ‘Sue and I qualified together as #nurses 50 years ago at Paddington General Hospital and we’re still best friends.

‘I’m just one day older than her and we’ll soon be celebrating our 71st birthdays! #NHS70.’

Many who saw it commented that it was a photo love story to the NHS.

@MissJeanieKelly wrote: ‘This is the most heartwarming tweet I have ever read. 50 years of being best friends, wow that is amazing!’

Others also thanked the pair for their services to nursing. @watson_dance added: ‘Congratulations to you both and a Massive Thank You for your service to the @NHSEngland. Genuinely, what would we have done without you?’

@huertanueva penned: ‘Just fabulous – thank you both for everything you have done. Hope you both have fantastic birthdays – well deserved.’ 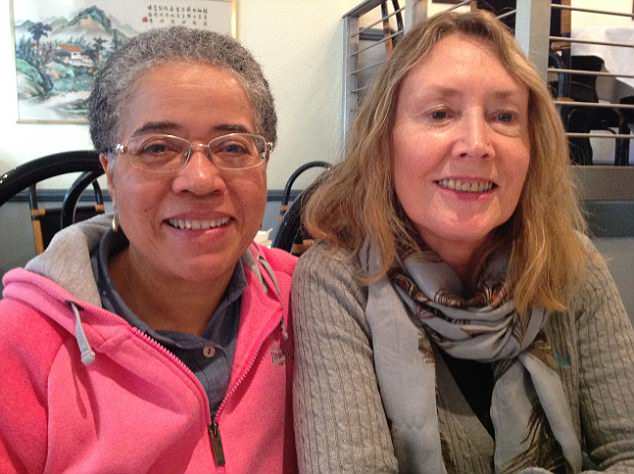 Sue, right, who has enjoyed worked in nursing and healthcare throughout her live before retiring describes her friend as a ‘go-getter’ but fears for young nurses today; saying they don’t enjoy the same status afforded to trainees 50 years ago 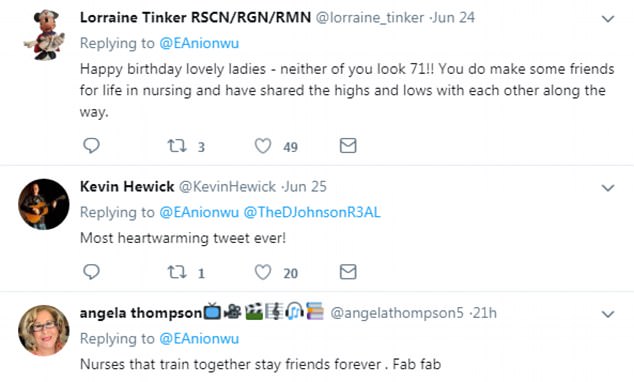 Dame Elizabeth told MailOnline about why she decided to take to social media.

She said: ‘I just thought “wouldn’t it be nice to show a photo of me and Sue when we  were 18? And then more recently, as we’re approaching our 71st birthdays and it’s #NHS70.’

She adds: ‘I’m grinning like a Cheshire Cat in both [photos] and my friend Sue is gorgeous Sue. We just hit it off, we’ve got the same zany sense of humour and we love the NHS.

‘A sense of humour in nursing helps you cope. It’s a fun profession and humour helps you cope with the sadness and the downside but it is a fun, fun, fun career.’

Sue, who also celebrates her 71st birthday next week and went on to gain a degree in psychology, spoke to MailOnline about the enduring friendship and the reaction to the photos, saying: ‘The images have really touched a raw nerve I think.

‘We definitely clicked in terms of our senses of humour, intellect and curiosity. And we’re both socialists.’ 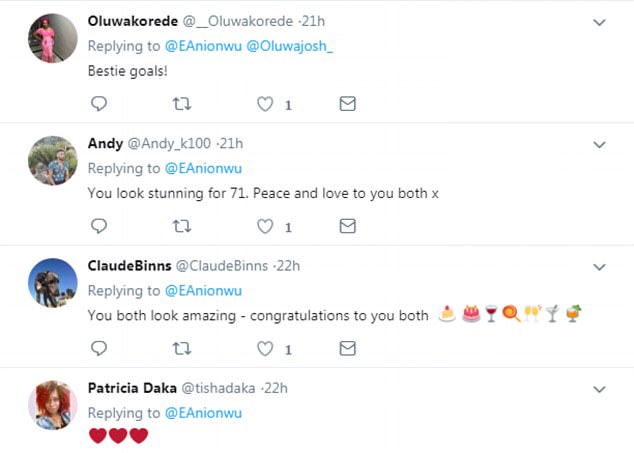 Recalling memories of their time working together, Sue said: ‘The landscape has changed. When we were working together it was very much doctors were male and nurses were female – but Elizabeth and I didn’t put up with any of that stuff!

However, Sue says that while she has a deep affection for the NHS, the status of nurses should be higher.

She explains: ‘When we first went into nursing, there was a sense that we were doing a really good job. We loved doing it.

‘It has changed drastically. Nurses are having to pay for their education now and the morale is very low in the health service. There are a lot of very clever nurses around and they’re undervalued; they’re not getting enough money.’

Professor Dame Elizabeth’s book ‘Mixed Blessings from a Cambridge Union’ is out now. To make a donation to the Sickle Cell Society, visit sicklecellsociety.org