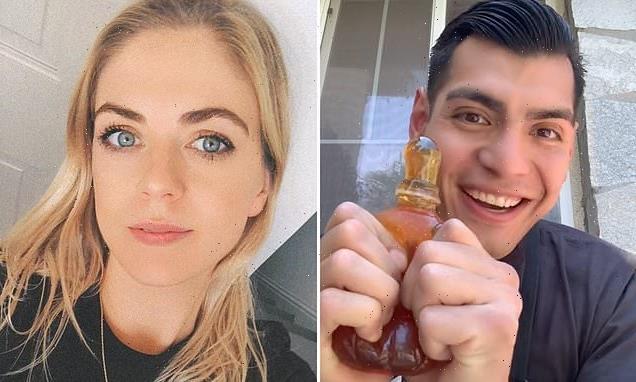 A nutritionist has revealed the dangerous side of the TikTok frozen honey trend, warning it can cause those who try it palpitations and feelings of dizziness, nausea and irritability.

The social media trend, started by Dave Ramirez, 29, from California, sees TikTok users freeze honey inside a plastic water bottle to form a jelly-like substance that can be squeezed out and bitten into.

But London-based nutritionist Alicia Cooper, 30, of Alice Cooper Nutrition has warned against trying it, telling FEMAIL: ‘When you flood the body with too much sugar, your pancreas is forced to release a large amount of insulin—a hormone responsible for allowing glucose to enter cells and removing it from the bloodstream.

This should bring it back to life #experiment

‘Having too much sugar in the bloodstream (hyperglycaemia) can damage blood vessels that supply vital organs and puts you at risk for heart disease & nerve damage.’

‘The large amount of insulin released could also lead to a condition known as ‘insulin shock’ where blood glucose levels fluctuate very rapidly and results in low blood sugar (hypoglycaemia).’

‘Those participating in the challenge might feel an initial sugar high, but with a crash shortly afterwards, leaving them feeling dizzy, nauseous, irritable and experiencing palpitations.’

With nearly a billion views, the trend quickly evolved to include other flavours, but in doing so creators soon found that honey’s taste was difficult to mix with, so they took to using corn syrup, a product that is restricted in the UK by a production quota. 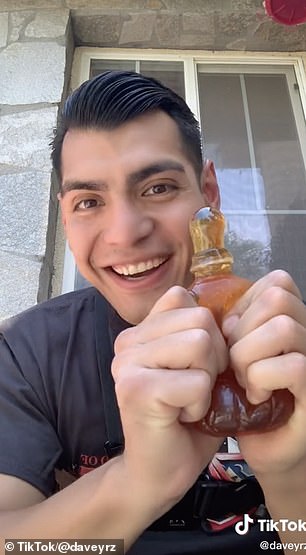 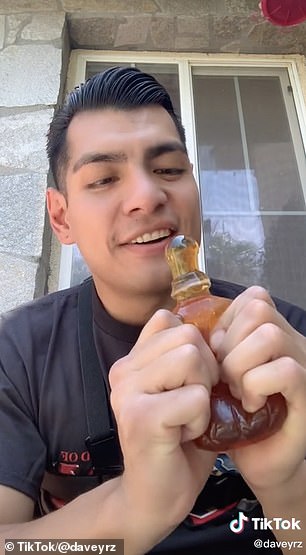 Soon after,  those taking part in the trend  started reporting feeling sick and experiencing diarrhoea.

What is Diabetes and is it common in the UK?

Diabetes is a lifelong condition that causes a person’s blood sugar level to become too high.

There are two main types of diabetes:

– Type 1, where the body’s immune system attacks and destroys the cells that produce insulin.

– Type 2, where the body does not produce enough insulin, or the body’s cells do not react to insulin.

In the UK, around 90 per cent of all adults with diabetes have Type 2.

Reducing the risk of Type 2 diabetes can be achieved through healthy eating, regular exercise and achieving a healthy body weight.

Eloise Fouladgar, who has more than 3.6 million followers on the social media platform told The New York Times her boyfriend felt immediately ill after trying her creation.

Where corn syrup is included, Alice warns that it could end up being even more damaging than honey.

‘Corn syrup is a processed form of sugar that is very high in fructose, which is absorbed more rapidly than regular sugar,’ she added.

‘It is cheaper and sweeter too.

‘When consuming a normal portion size of corn syrup (around one teaspoon to one tablespoon) it would not be detrimental to your health—but consuming it in a large amount in a short space of time could potentially shock the body and lead to various undesirable side effects.’

She also explained that honey is better than corn syrup as it has a lower glycaemic index – a measure of how quickly foods containing carbohydrates, such as fruits, cereals and baked goods, raise glucose levels in the bloodstream.

‘Honey contains a mix of fructose, glucose, sucrose and around 15-17 per cent water.

‘It is also a source of vitamins and minerals.

‘As such it has a slighter lower GI (glycaemic index) than normal table sugar.

‘In comparison, honey has a GI index of 58 and corn syrup is sky high at 90+ – so doing this TikTok trend with corn syrup could definitely be considered worse than doing it with honey.’

Alice isn’t surprised that TikTok user have been reporting diarrhoea as she explains that large amounts of fructose can lead to a laxative effect.

‘The reason for this is when the digestive tract is exposed to excessive sugar (particularly fructose), it can lead to incomplete fructose absorption – resulting in a host of gastrointestinal symptoms including diarrhoea, bloating, stomach ache, flatulence and nausea.’ 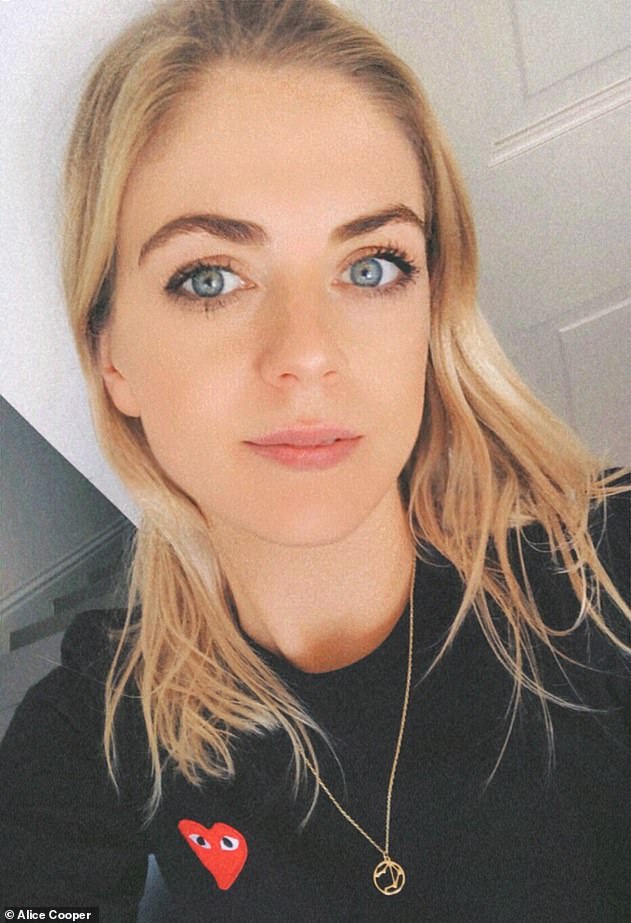 Nutritionist, Alice Cooper (above), warns trend participants that frozen honey and corn syrup can cause adverse side effects very quickly

‘Other symptoms that people could experience when trying this trend could also include: headaches, migraines, shakiness, dizziness, mood changes, hunger, constipation, palpitations—the list goes on.’

Talking about the potential long term effects of this trend, Alice advises that if people take an excess of sugar often enough it could lead to a host of problems.

‘Weight gain, an increased your risk of type 2 diabetes, insulin resistance, heart disease, neuropathy, chronic inflammation are all at risk, not to mention rotting your teeth.

She advises that for people hooked by trends such as this should do careful research in the future.

‘Trusting everything you see on social media can be dangerous and have serious consequences for your health—make sure you read up on the implications before you try something like this.’