Could sparks be flying in the California desert?!

That’s what pop culture fans are asking after Olivia Culpo and Zedd were spotted getting cozy on night three of the Coachella Music Festival.

In video obtained by TMZ, it appears that the world-famous DJ had his arms wrapped around the supermodel as Ariana Grande performed “God is a woman.”

And while the footage alone is not enough to tell what’s really going on between the two, E! News has a source who is able to shed some light.

“Olivia has hung out with Zedd a few times recently. They met up at Coachella and had a great time, but they aren’t seriously dating,” a source shared with us. “Olivia was with Zedd backstage and went to his trailer to hangout before and after he performed. They will talk and text here and there but Olivia is still dating around.”

In other words: Nothing serious here—yet!

Besides, Olivia was a bit busy during weekend one of the star-studded music festival. 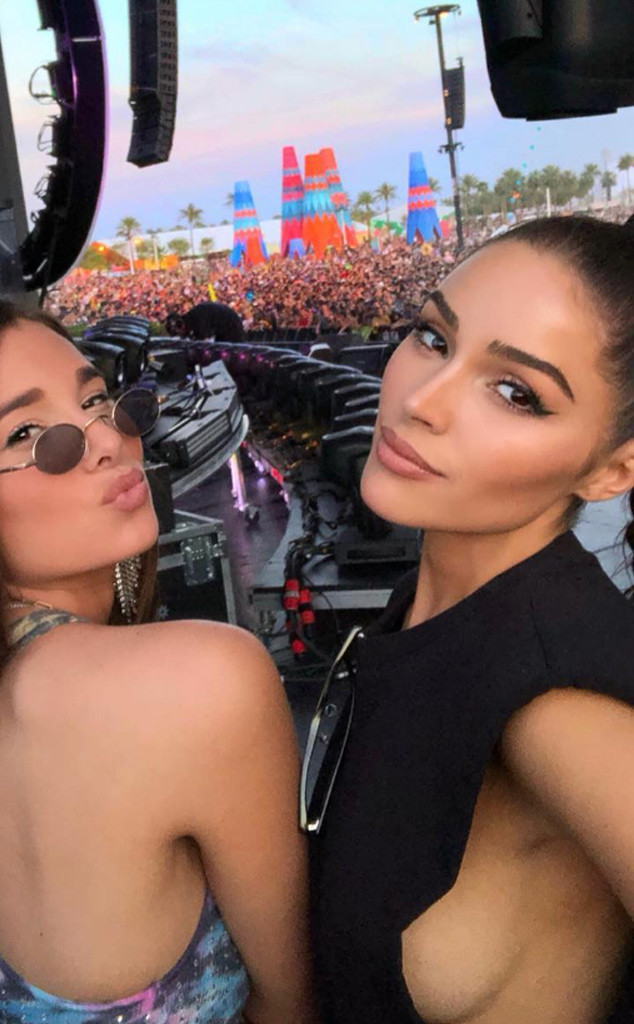 In between attending the Revolve Festival and other events including Lucky Brand + Rolling Stone Live’s Desert Jam pool party, the model certainly didn’t have the most free time to hang out.

As for Zedd, he was busy performing on night three of the music festival where Katy Perry made a surprise appearance for “365.”

“Coachella weekend 1 was a dream!!! Can’t wait for weekend 2!! ” Zedd shared on Instagram while posing with the American Idol judge. “Hope you like surprises.”

As for Olivia and NFL stud Danny Amendola, we’re told they split back in March and she called things off because she didn’t feel he was fully committed. But instead of experiencing the breakup blues, this model is keeping things moving.

“Olivia is liking her freedom and is dating around,” our source shared. “Her schedule is insanely busy so it’s hard for her to find someone who can relate or be understanding of the lifestyle she lives.”