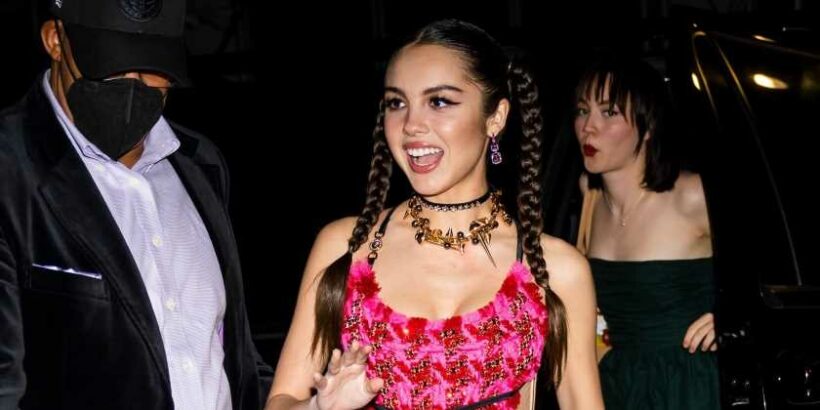 Olivia Rodrigo let loose after the Met Gala red carpet, where she originally wore a stunning glittery lavender Versace gown. Rodrigo changed into something short and sweet for the after-parties, opting to wear a pink tweed cut-out mini dress with black platform heels. She styled her brown hair in pigtail braids to keep her look punk yet playful. Rodrigo was photographed arriving at Zero Bond in the look, where stars including Hailey Bieber and Kendall Jenner also partied. 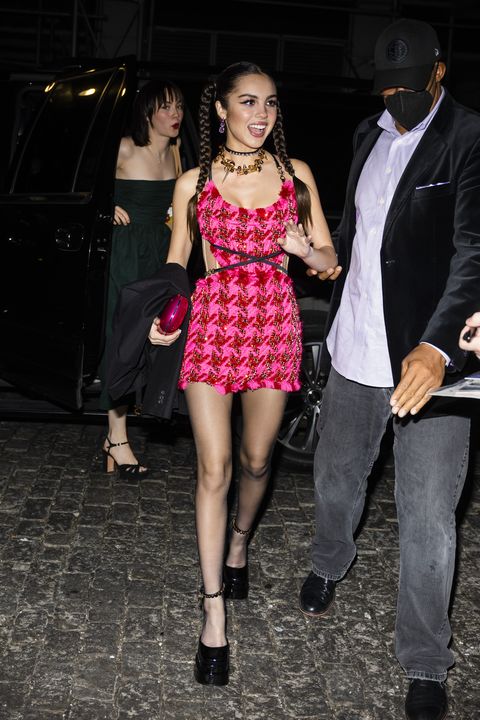 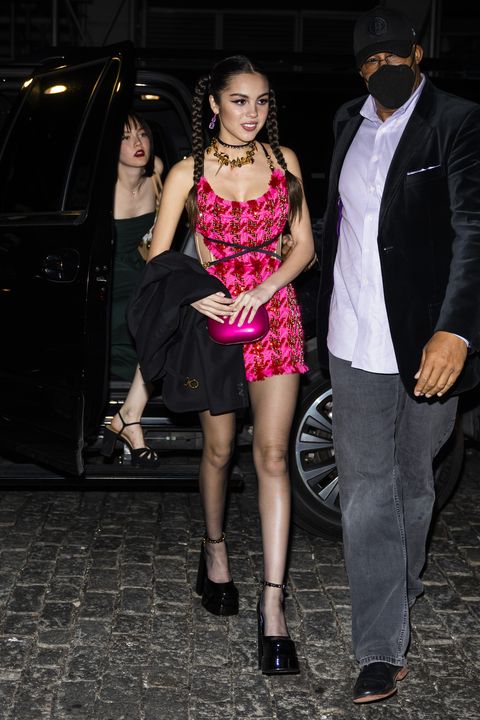 Rodrigo spoke to ELLE.com in March about making her album Sour, and how she felt when she created the music. “I have a little distance from them now,” Rodrigo said, in reference to the songs. “I actually just feel so proud of them and it’s so much fun to sing them now. And I’m just so excited to sing them on tour and hopefully people will sing them back. And I just think when you put them out into the world and they help people and make people happy … it’s not quite as devastating anymore. And it’s a very empowering thing.”

That said, Rodrigo is not in the same headspace she was then. Especially with lyrics like “who am I, if not exploited?”, Rodrigo admitted, “My gosh, it’s so funny. I look back at it and I was like, ‘Wow, I was so angsty.’”

She later added, “I guess I was just coming to terms with being like a really young person in the industry and feeling weird about it. But I don’t think I feel that way anymore, which is nice.”