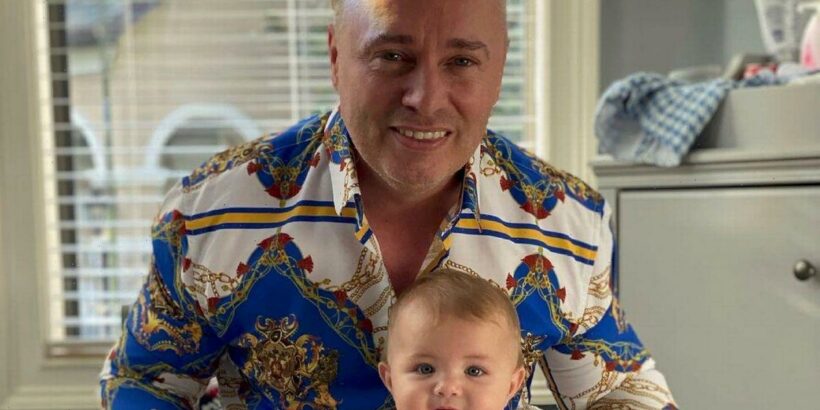 One of the UK's first gay dads has revealed he loves showering his children with gifts – and there's no stopping anytime soon.

Barrie Drewitt-Barlow, 51, and ex-husband Tony, 56, became the first gay men in the UK to father children through surrogacy.

Together, the pair have a combined wealth of £40million with Barrie since finding love with Scott, 27, his daughter's ex-boyfriend.

He even welcomed a daughter with his much younger partner after announcing the birth back in September last year.

And now Barrie has revealed why he's so generous towards his kids as he spoils them with expensive rings and private jets.

The moment Safford was born, Barrie purchased a diamond and ruby ring owned by Wallis Simpson worth £500,000.

He said: "I think showering them with gifts is the least we could do to make up for a childhood living inside a goldfish bowl.

"Tony doesn't always agree, I call him the voice of reason, but that doesn't mean I pay any attention.

"People call my kids spoilt but quite frankly, any criticism is like water off a duck’s back now.

"I couldn't give a flying fig what anyone thinks of my parenting skills."

And when it comes to spoiling his girls, Barrie goes big.

Recently he splashed out on a £120,000 private jet for Saffron who flew to Las Vegas with her pals.

The moment his kids turned 16, they were given cars and Saffron was gifted a selection of diamonds when she turned 18.

When it comes to investing, the kids have already started.

According to Barrie, they all own properties, businesses and pieces of art.

There's no such thing as pocket money for the kids either as Aspen, Saffron and Orlando, 17, all have an unlimited Black Amex card.

The dad revealed: "They can just spend whatever they want and at the end of the month I pick up the bill.

"I know some people would disapprove but who cares, I don't do anything to please anyone but myself."

It's not just his eldest kids that get all the perks, Barrie welcomed Valentina with Scott in September and he's still splashing the cash.

The eight-month-old already has a wardrobe worth around £70,000 and she even received a sparkly bracelet for £35,000 recently.

But if people tell Barrie that he's spoiling the kids too much, it doesn't faze him at all.

He admitted: "My kids are perfectly well behaved, being rich is no reflection on behaviour.

"My two older children are both successful in their own right and another who is about to qualify as a doctor.

"Being spoiled has not made them lazy or unambitious.

"Saffron knows that I am there to help whenever she needs it, but she also works hard for her own money.

"She has a great approach to money and how to make it, but in the same respect, she LOVES to splash the cash all the time!"