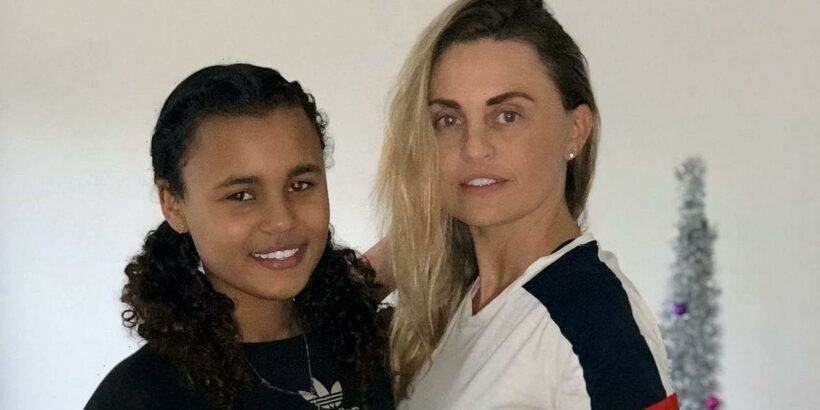 A mum who was once dubbed “Britain’s most hated woman” seems keen to prove herself the best parent this Christmas by splashing out on her kids.

Carla Bellucci, 40, from Hertfordshire, made headlines in the past for bagging a free NHS nose job by “faking depression” which led to her being widely criticised.

The mum is now an influencer with 130,000 Instagram followers and an OnlyFans subscription base that made her more than £100,000 when she was pregnant with her fourth child.

Now, she claims she will spend no less than £15,000 on her children this December.

She believes having a newborn around gives her yet more reason to go all out with this year’s celebrations.

Speaking to The Sun, Carla said: “It’s made me even more excited for Christmas this year, having a young baby in the house just really brings the magic to life and I am going to go to town with celebrations this year.

The mum is spending money she earned on adult subscription site OnlyFans, where fans pay to access her sexy photos.

Carla says she worked non stop until giving birth to rack up the cash – and she can now earn up to £1,300 a day on the website.

Each child will have £2,000 spent on their gifts and the two teens want pricey designer gear.

Carla explained: “Tanisha can look forward to a pair of Moschino trainers, Jayden has got some Jordans coming his way and the pair of them will find an iPhone 13 under the tree come December 25.

“And even though Blu is just a few weeks old she won’t be missing out as I’ve bought her designer baby clothes and every Vtech toy I can get my hands on.”

The mum also says she’s planning a Christmas grotto for her kids to enjoy.

She's splashing out on private chefs to cook on the big day, elves to open the door and even professional wrappers to decorate the gifts.

And let's not forget the Champagne fountain, hot chocolate machine, sweets trolley and outdoor cinema the influencer has planned.

The mum knows that people might say she’s being excessive, but doesn’t care.

She wants other mums to remember that she has been skint in the past and struggled to feed her children so wants to spoil them rotten.

Carla said: “My kids have been through so much over the years what with the trolling I get twinned with me being in the papers, they often get picked on because of me.

“Obviously spending money on them doesn’t make up for that but I do want to give them the Christmas they really deserve.”