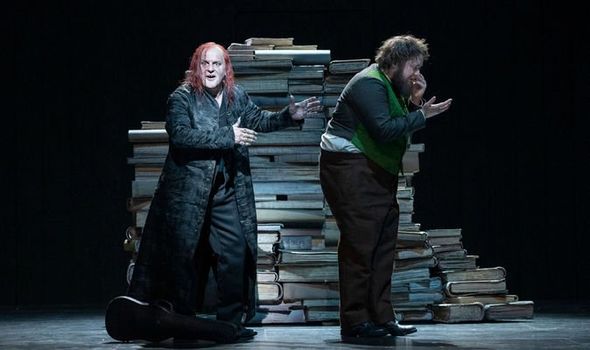 A few years ago, Terry Gilliam directed a gloriously manic version of it for the English National Opera but Richard Jones new production is very staid by comparison. The singing, as always at Glyndebourne, is of the highest quality and Robin Ticciati conducts the London Philharmonic Orchestra impeccably, but turning an oratorio into an opera demands much more than dressing the chorus up as devils, sitting in a gallery.

Among the excellent cast, Christopher Purves is outstanding in the role of Mephistopheles, which he plays in splendidly devilish manner, while poor Faust, played by Allan Clayton, is suitably hapless in his pursuit of his beloved Marguerite.

One thing that Jones does add to the production is the addition of several spoken passages from Goethe’s Faust (translated into French, of course) to enhance the storyline told by Berlioz’ passionate music.

This ought to have helped turn the oratorio into a theatrical experience, but too little was happening on stage for it to work effectively.

Musically, the climax of the whole piece is the brilliant ride to hell which Gilliam portrayed in true Monty Pythonic fashion with Mephistopheles driving Faust off on a motorcycle and sidecar. 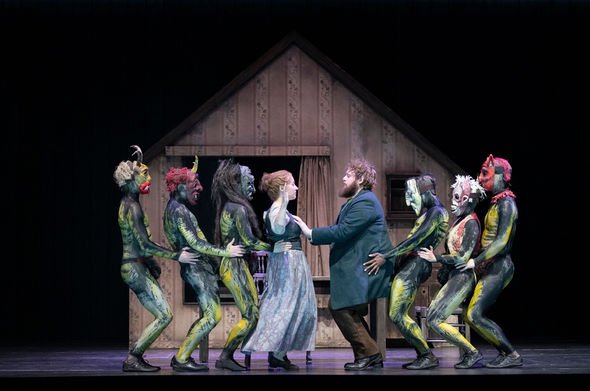 By contrast, the onstage action in Jones’ production was comparatively static and even the energy of the music seemed to be downplayed.

Glyndebourne itself, staged at a country house outside Lewes in Sussex, with its wonderful feature of a long interval during which opera-goers could enjoy a picnic on their spacious lawns, was a treat and the sun even came out to shine on us after a cloudy morning, but for once the opera, for me at any rate, did not quite match the glory of the experience.