When the actor Amer Hlehel wrote his one-man play Taha, about the life of the late poet Taha Muhammad Ali, he decided it would end with Taha’s poem “Revenge”:

At times . . . I wish I could meet in a duel the man who killed my father 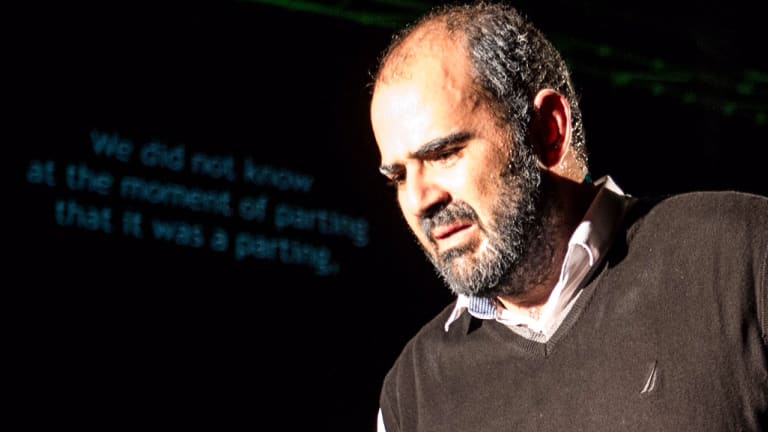 This killer is an Israeli, but as the poem goes on its protagonist comes to see him as more than just an oppressor and occupier. In a time of political polarisation and violence, it is not a particularly fashionable message.

"This is the role of the artist and intellectual," Hlehel tells me. "We have to take a step back and ask what we want to be as a people if we win – do we want to be oppressors in our turn?

"Taha started writing poetry in his 50s – at the time of Israel's 1982 invasion of Lebanon – and at that age I think you begin to understand your enemy."

As the first play in Arts Centre Melbourne's Big World, Up Close season, Taha stands in stark contrast to The Fall, which comes to the Australian stage from the Baxter Theatre Centre at the University of Cape Town. The Fall is a play of many actors and authors, and it focuses on a political confrontation – the 2015 demonstrations at UCT demanding the removal of the statue of Cecil John Rhodes from the campus. 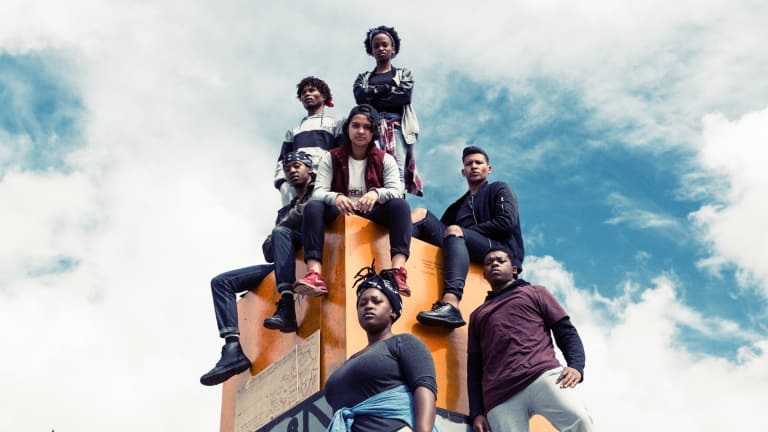 The cast of The Fall, part of Arts Centre Melbourne’s “Big World, Up Close” series.

The play's cast, including actress Tankiso Mamabolo, were participants in the protests that became known by the hashtag #RhodesMustFall. But she believes that they too have taken a step back from the heat of that political moment.

"People expect an attack – this play is not that. They fear that disadvantaged people will do to them what was done to us.

"We weren't interested in writing propaganda for the #RhodesMustFall movement. But we know that to many people the movement was a collection of violent, confused people, and that what it produced was hooliganism. We were there, we remember the conversations and the amount of education that took place in those spaces."

The years that followed have seen statues of powerful men in public places questioned around the world, from those of Confederate generals in the US and colonialists in Britain to Captain Cook in Australia. I ask Mamabolo how she felt about the events that had followed the movement. 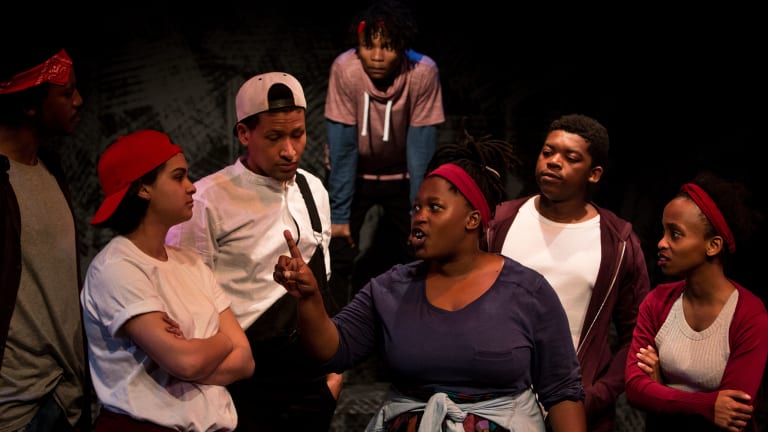 “We remember the conversations and the amount of education that took place in those spaces”: Tankiso Mamabolo (centre) makes a point in The Fall.

"We were afraid for them [in Charlottesville]," she says. "We have racists here in South Africa but no one is marching around with the old apartheid flag. We were performing the play in Edinburgh when Charlottesville was going on, and we dedicated the run to those protesting the statue."

This sort of political stand seems a world away from the highly personal tale of Taha, which Hlehel first performed in his home town of Haifa in 2014. Like the poet, Hlehel is a native of the Galilee who came from a village destroyed by Israelis in the war of 1948. Both men's families fled across the border to Lebanon, only to return shortly after and become citizens of the new state. For much of his life, Taha sold religious souvenirs at a shop in Nazareth.

"Taha was an anti-hero, he was not an icon of the struggle," Hlehel says. "His poetry is about personal pain.

"But I think that over the years our statement of the Palestinian case has lost this kind of voice – it has become too political, about maps and plans. When in reality the real crime of dispossession and occupation is that it cuts off your boring daily life, your loves and friends and family.

Mamabolo tells me that The Fall is also about "humanising black bodies", but the voice is of a younger generation and the accent is more political. Looking forward to a time when the cast of the play is not drawn from the ranks of those who actually took part in #RhodesMustFall, she says: "People will have to be educated to do this play … it is a direct archiving of history."

I put it to her that #RhodesMustFall upset foreign perceptions of South Africa as the Rainbow Nation which had buried the hatchet of apartheid and entered a new era.

"I think it is easier for the young to express ourselves more honestly, to avoid turning a blind eye to what is wrong. The Rainbow Nation is a superficial idea. We are still waiting for closure for those kidnapped and killed under apartheid. People are still struggling to get a place to live. White people are hanging on to the country's wealth.

"I'm not interested in a rainbow where some colours are more important than others." 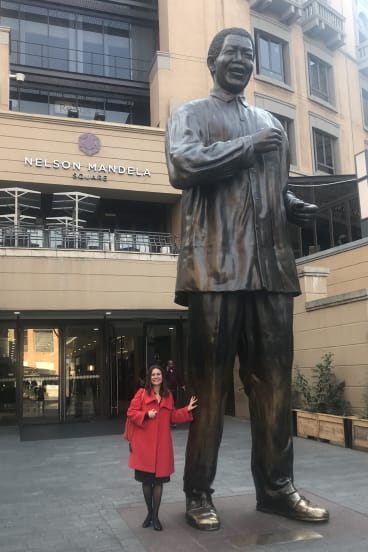 As performers and writers, Hlehel and Mamabolo do agree that their plays are not about trying to generate pity for their respective peoples, but to insist upon the dignity of the ordinary person. And a major part of expressing that dignity is reconnecting people to the land they stand upon and come from.

"People my age identify with Winnie Mandela more than Nelson," Mamabolo says. "Of course there are flaws and complications with Winnie, but she was always clear about the land question.

"White people and rich black people are using Nelson Mandela's legacy to silence others," she adds. "Five times you will see a street named after Nelson Mandela, yet the struggle involved many other people … Winnie Mandela was one of them."

One of the reasons the #RhodesMustFall movement disintegrated, she says, was domination of its agenda by straight black men. "A lot of the work was done by queer people and feminists, and this was something I wanted to capture in the creation of the play. The movement failed to maintain that intersectionality."

At one point in Taha, the young protagonist asks:

"How will they steal the land? Will they tiptoe at night as we sleep, pull it from under us like a rug, run away without even waking us up? Will we then be sleeping on nothing?" 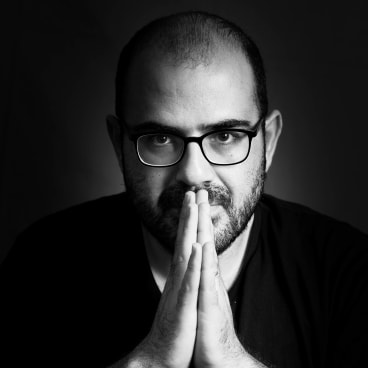 Of course Palestinians learnt over decades and are still learning about all the administrative and military means by which land can be disconnected from those who live on it. It was in the Galilee in 1976 that Palestinians who had become citizens of Israel first marked Land Day, in a bid to insist upon their rights as indigenes.

"We don't want people to feel sorry for us," Hlehel tells me. "We want people to listen and discover that we are like them. This is my story – do you have something against it? Why?"

I remind him that when the Gaza-based doctor Izzeldin Abuelaish lost three daughters and a niece under Israeli fire in 2009, a simple enough story on its face, there were those in Israel who insisted there must be a sinister side to it that we weren't being told.

"The Israelis are in conflict with us – of course I expect them to defend their own conduct. But they are not the audience I am expecting to come. It is those outside … I want to bring back the world to hear us."