Restaurants forced into take out by coronavirus lose appeal of atmosphere: Zane Tankel

Apple-Metro CEO and Chairman Zane Tankel on how coronavirus-hit restaurants are adapting and surviving.

Talk about public health advice not passing the smell test.

A woman refused to wear a mask at a Panera Bread in California, claiming they’re useless to stop the spread of COVID-19 since people can still smell farts through pants, video shows.

The footage, taken Monday at a Panera Bread in Chico, shows a woman, dubbed “Panera Karen” by some online in a reference a woman who called police on a black birdwatcher in New York City, holding her cellphone over her shoulder. She is appears to be trying to record while hiding her face. Meanwhile, a man standing behind her chides her for not wearing a mask, which she’s holding in the same hand.

“Wow, you’re sure brave,” the man, identified as William See, tells the woman. “You’re sure a tough one, aren’t you?”

See then asks a Panera employee to “get this lady out of here,” prompting the worker to say that she has just called security, video shows.

“So you’re not going to serve me because I’m not wearing a mask?” the woman asks.

“No, they’re not going to serve you because you’re not wearing a mask, that’s exactly right,” See replies. 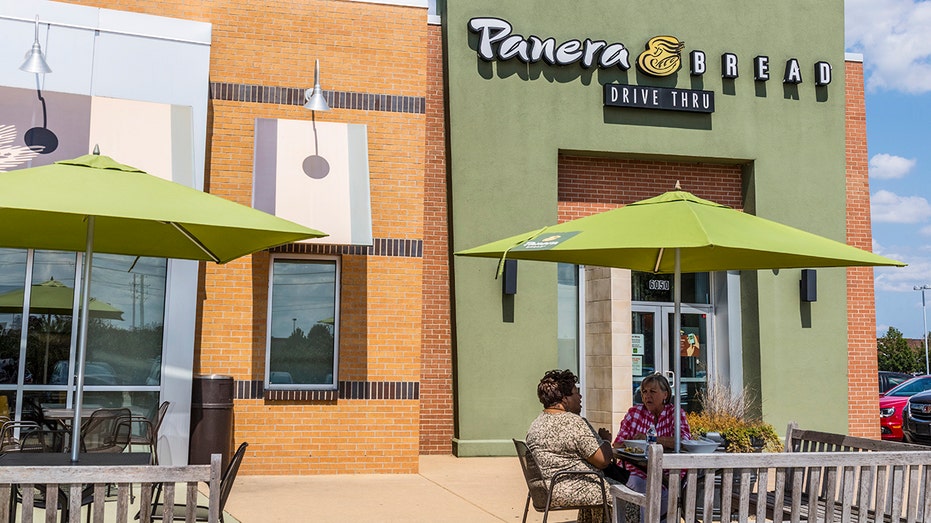 Panera is a chain of fast-casual restaurants. (iStock)

Undaunted, the woman continues to hold up her cellphone during the confrontation as several other customers are also inside the location, video shows.

That leads the maskless woman to turn around and ask See to “stop it” before she intentionally blows air in his direction, video shows.

See, who was with a friend at the time, then curses out the woman — telling her to “grow the f–k up” — as she walks away before she stops briefly to provide her apparent reasoning for not donning a mask.

The woman then walks out of the store as See again tells her to “grow up,” video shows.

Social media sleuths, meanwhile, were trying to identify the woman early Wednesday after some Twitter users asked others to retweet the footage Tuesday until her identity is revealed.