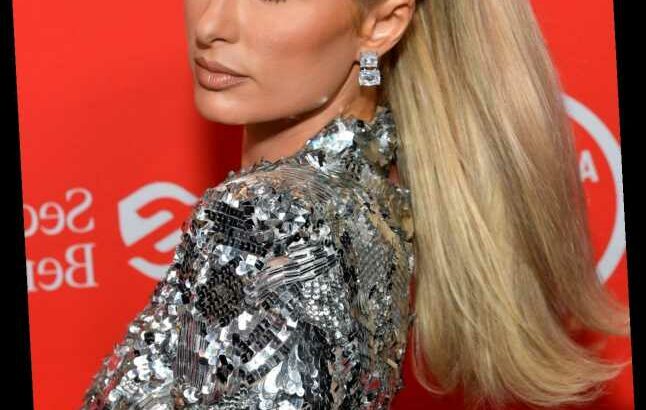 The eldest Hilton sister’s dating life is anything but simple. From models to rockstars to actors to shipping heirs, Paris Hilton’s relationship history is a wild ride, though it seems she’s finally found her forever person in her new fiancé. Best known for being an entrepreneur and long-time friend of the Hilton family, Carter Reum proposed to Hilton after just about a year of dating, and I couldn’t be happier for the hotel heiress. However, this isn’t Hilton’s first time receiving a massive diamond from a suitor — it’s her fourth.

Hilton was previously engaged to actor Chris Zylka, Greek shipping heir Paris Latsis, and model Jason Shaw, but she ended up calling off all those engagements after a few months. Her many suitors haven’t just offered her rings, either. A few of Hilton’s exes (including Zylka and Backstreet Boy member Nick Carter) got the heiress’ name permanently inked on the their bodies during their time together, and TBH, that may show even more commitment than a giant engagement ring.

And though I could probs write a novel about the many men who supposedly romanced Hilton, here’s a breakdown of the most significant relationships in her life over the years. 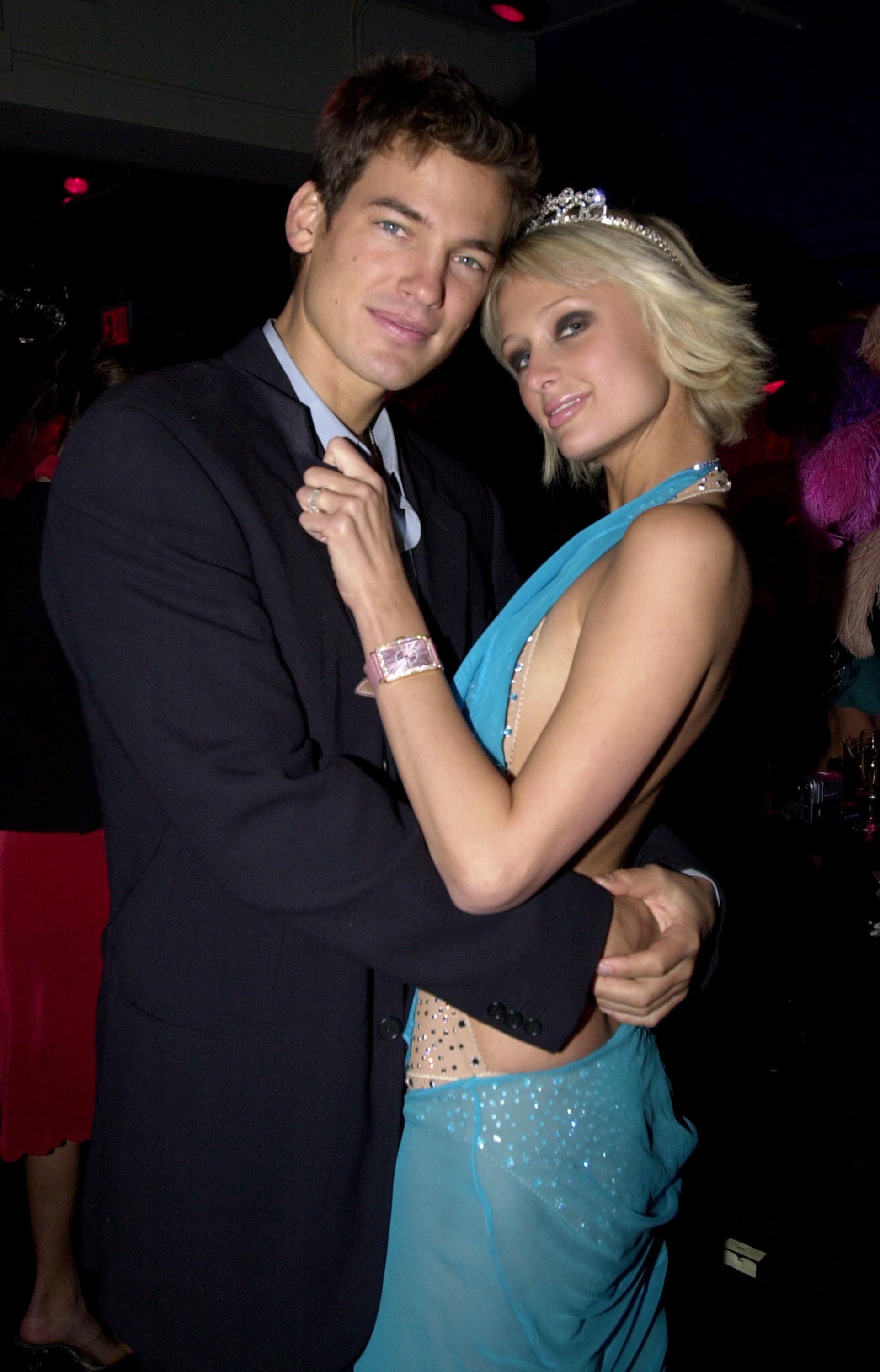 Hilton’s first major relationship in the spotlight was with model Jason Shaw. Though little is known about their romance, the two got engaged and almost tied the knot at one point before deciding to go their separate ways. They even briefly sparked reconciliation rumors after they were reportedly spotted together in April 2010.

At the time, a source for E! News reportedly claimed Hilton wasn’t ready to commit back in 2003. "Paris has always loved Jason and cared about him deeply," the source reportedly claimed. "But when they were together she was just a kid and not ready for such a commitment." Sadly, those reconciliation rumors never panned out. 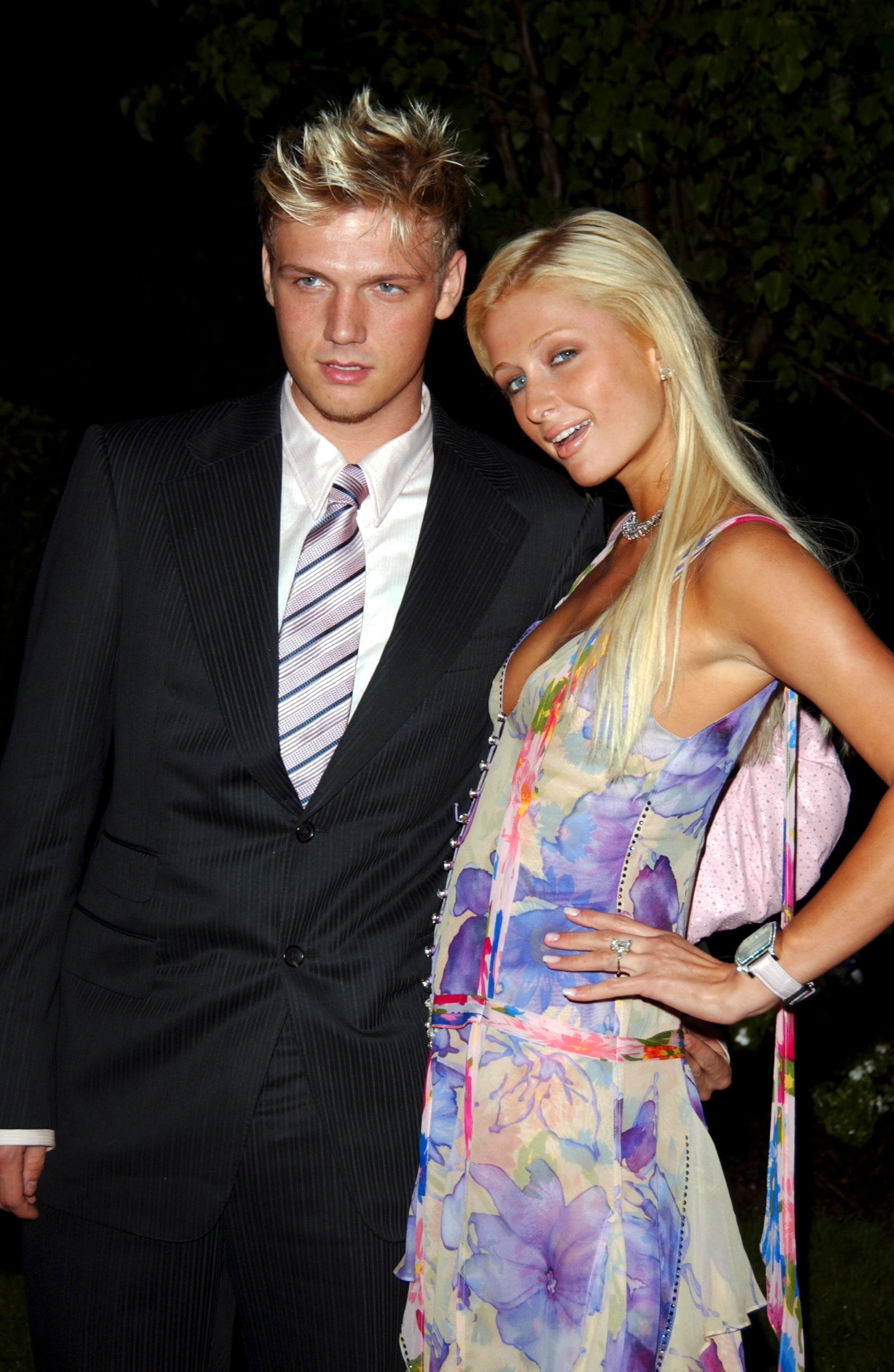 After calling off her engagement with Shaw, Hilton was reportedly linked to a number of suitors, including musician Deryck Whibley, MTV VJ Simon Rex, and Girls Gone Wild founder Joe Francis, among others. However, she didn’t date anyone seriously until getting together with Backstreet Boys member Nick Carter. The two dated for seven months (and Carter even got a "Paris" tattoo) before calling it quits in July 2004.

"Our relationship totally was based on distrust. She didn’t trust me. I didn’t trust her," Carter told People when asked about the split. "We both got on the phone, had a discussion, and agreed we couldn’t do this anymore." 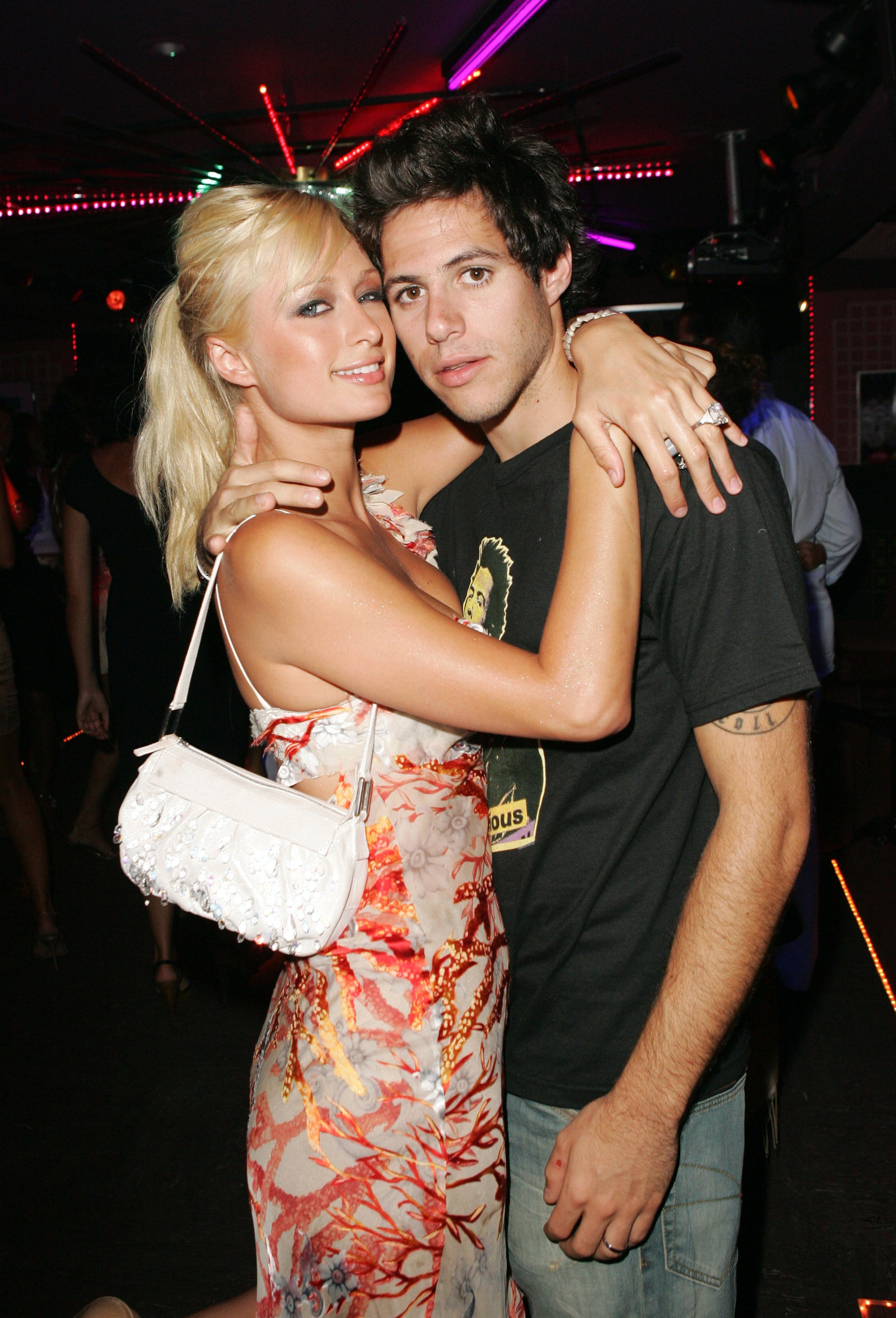 In late 2004, Hilton began dating Greek shipping heir Paris Latsis, and after just about eight months of dating, Latsis proposed to Hilton in May 2005. "I’m so in love and grateful to have found such an honest and loyal person," Hilton told Us Weekly after the news broke, per E! News. "I feel like we were meant to be, and I’m happy to have found someone to spend the rest of my life with."

Unfortunately, the whirlwind romance ended just a few months later in September 2005. "I’m sad to announce that I’ve called off my engagement," Hilton said in a statement to Us Weekly. "Over the last couple months I’ve realized that this is the right decision for me. We remain best of friends, and I’ll always love him. I hope people will respect my privacy during this emotional time."

In his own statement, Latsis said, "I respect her decision and appreciate the very kind and generous manner in which she is handling her very difficult decision. This was the best experience of my life and I will always be grateful for it." 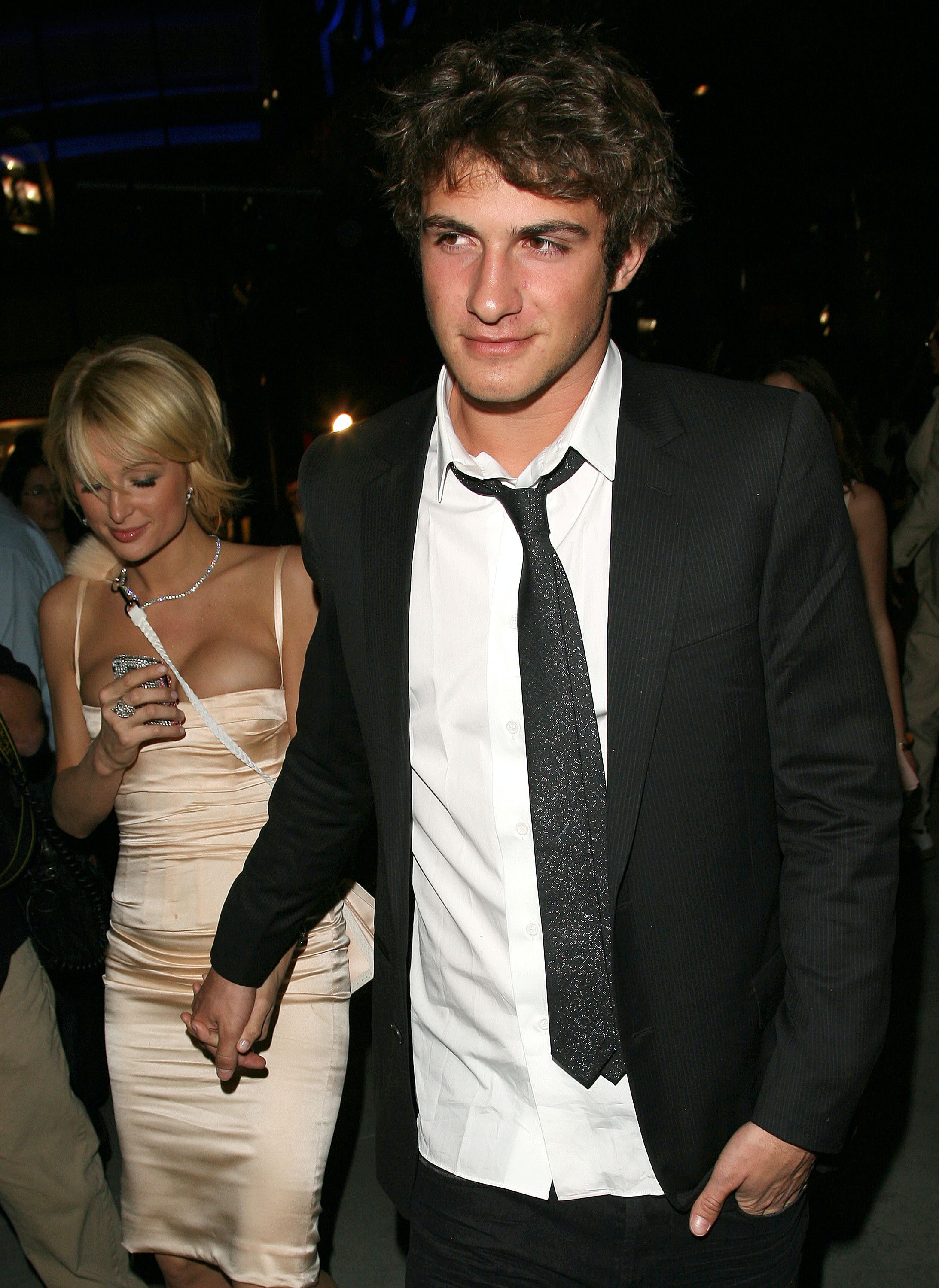 Following her breakup with Latsis, Hilton began seeing Mary-Kate Olsen’s ex Stavros Niarchos, who — like Latsis — is also a Greek shipping heir. The two first sparked dating rumors in September 2005 when they were reportedly spotted partying together with friends on numerous occasions, per People. At the time, Hilton told People, "I’m just having fun right now. I don’t have time for a relationship."

However, the two became an item at some point, and they continued to date on-and-off-again up until March 2007, when they ended things for good. A source for E! News reportedly claimed Hilton was the one to end things. "He gets jealous, so they argue," the insider reportedly said of Niarchos. "Not sure if it is permanent, but they have not been seeing each other for the past couple of weeks." Another E! News source reportedly claimed Hilton had "been over Stavros for a while." 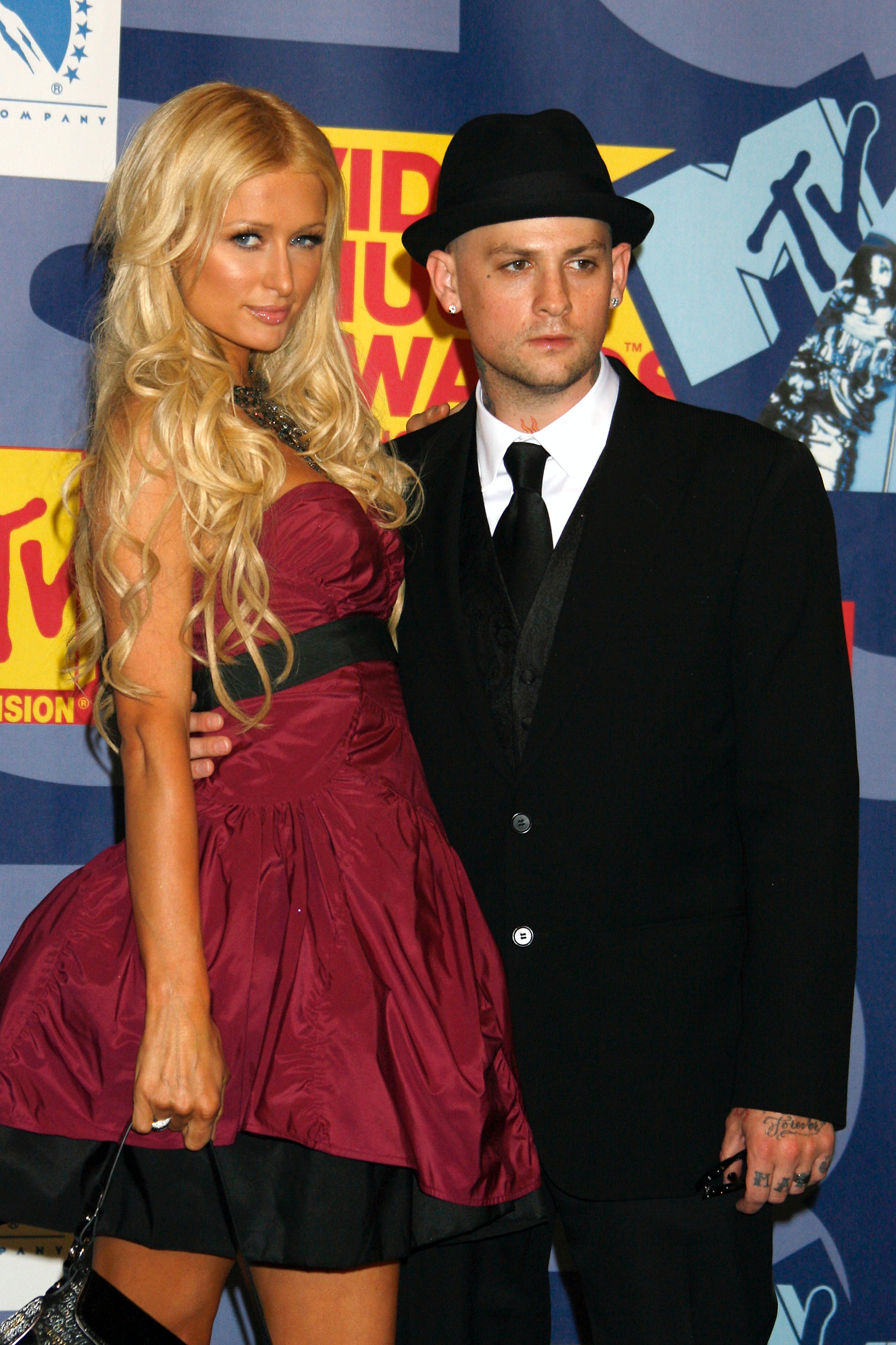 After rumored hookups with actor Josh Henderson and surfer Tyler Atkins, Hilton got together with Good Charlotte rocker Benji Madden in February 2008. By May 2008, Hilton said she could even see herself marrying Madden. "I’m so happy. I’m so in love," she told David Letterman during an interview, per Just Jared. "I know I want to spend the rest of my life with Benji, my boyfriend. I know I want to be with him forever. If you saw us together, you’d understand. He’s my best friend."

Six months later in November 2008, one of Hilton’s My New BFF contestants, Vanessa Fontana, confirmed Hilton and Madden’s breakup to Life & Style. "Paris and Benji have split," she claimed, per E! News. "I love Paris, and I just want her to be happy. I think that they’ll be better as friends."

Soon after, a source for People reportedly confirmed the split as well. "She is saddened by the breakup but they’re just too different and they wanted different things in life," the insider reportedly claimed. "He was loyal and sweet but it was time to take a break." 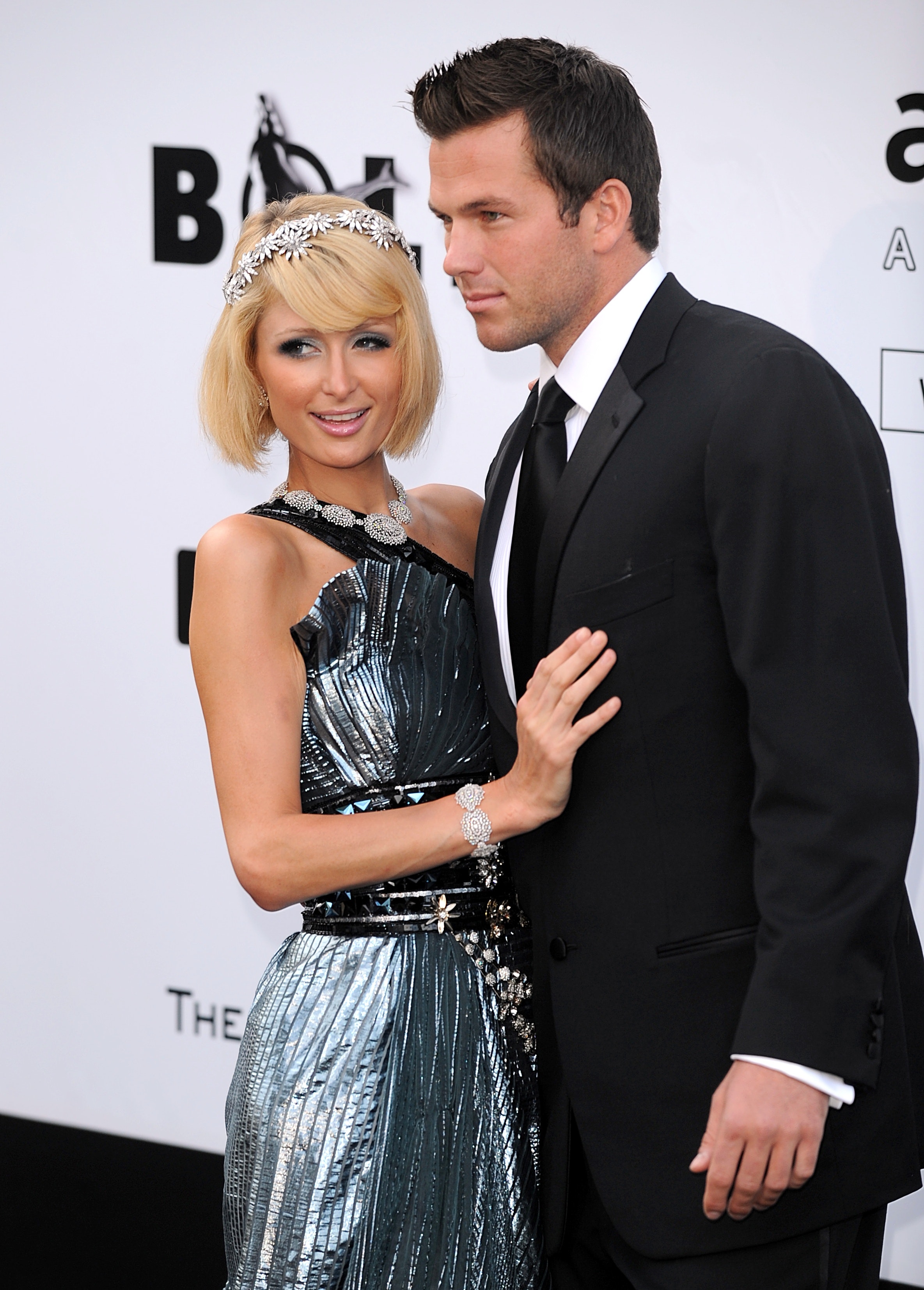 In early 2009, Hilton started up a romance Doug Reinhardt, a sports agent and cast member on The Hills. The two went on to date on-and-off-again for over a year (and even briefly broke up in June 2009) before Hilton called things off for good in April 2010.

"I just realized that I’m better off without him," Hilton told Us Weekly soon after their breakup. "So I ended it because I deserve something much better! He wasn’t right for me and I will eventually find somebody who loves me for who I am." 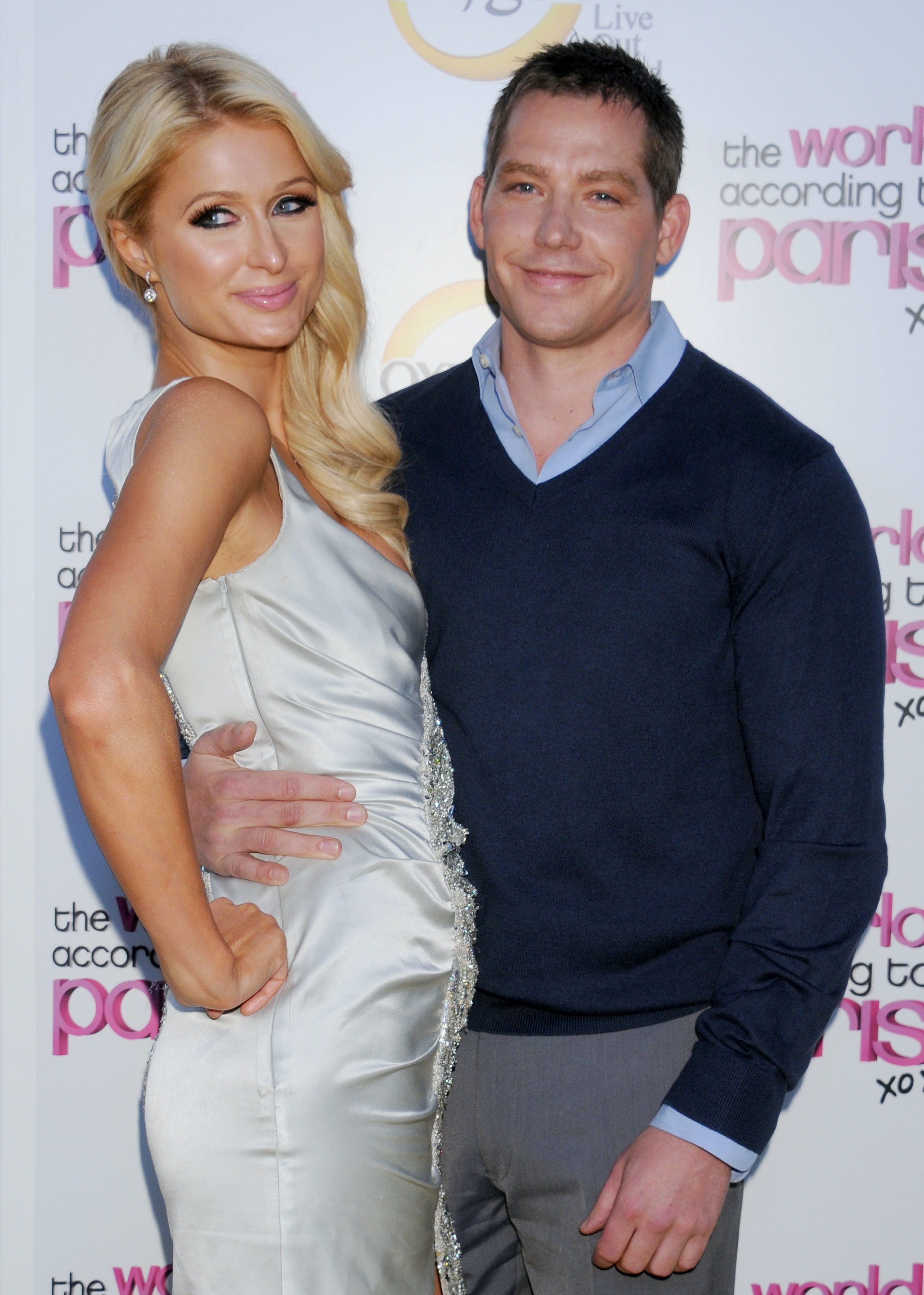 Following her split with Reinhardt, Hilton began seeing nightlife entrepreneur Cy Waits in summer 2010. Though the relationship seemingly started off well, things got complicated when Hilton was arrested for alleged cocaine possession after Waits got pulled over in August 2010, resulting in a DUI charge for him. In June 2011, the two decided to end the year-long relationship.

"Cy is a good guy," she told E! News at the time. "We’ve been friends for years and always will be. I just need some time alone to focus on myself. We speak all the time. I have nothing but great things to say about him."

According to Waits, the decision to split was mutable… but maybe not totally amicable. "I don’t want to speak for Paris, but this breakup is something I knew for a number of months needed to happen — and we finally saw eye to eye,” Waits told People soon after, adding, "In my next relationship I expect honesty, strong values, true communication, commitment, mutual trust, and respect, something I didn’t necessarily have recently." 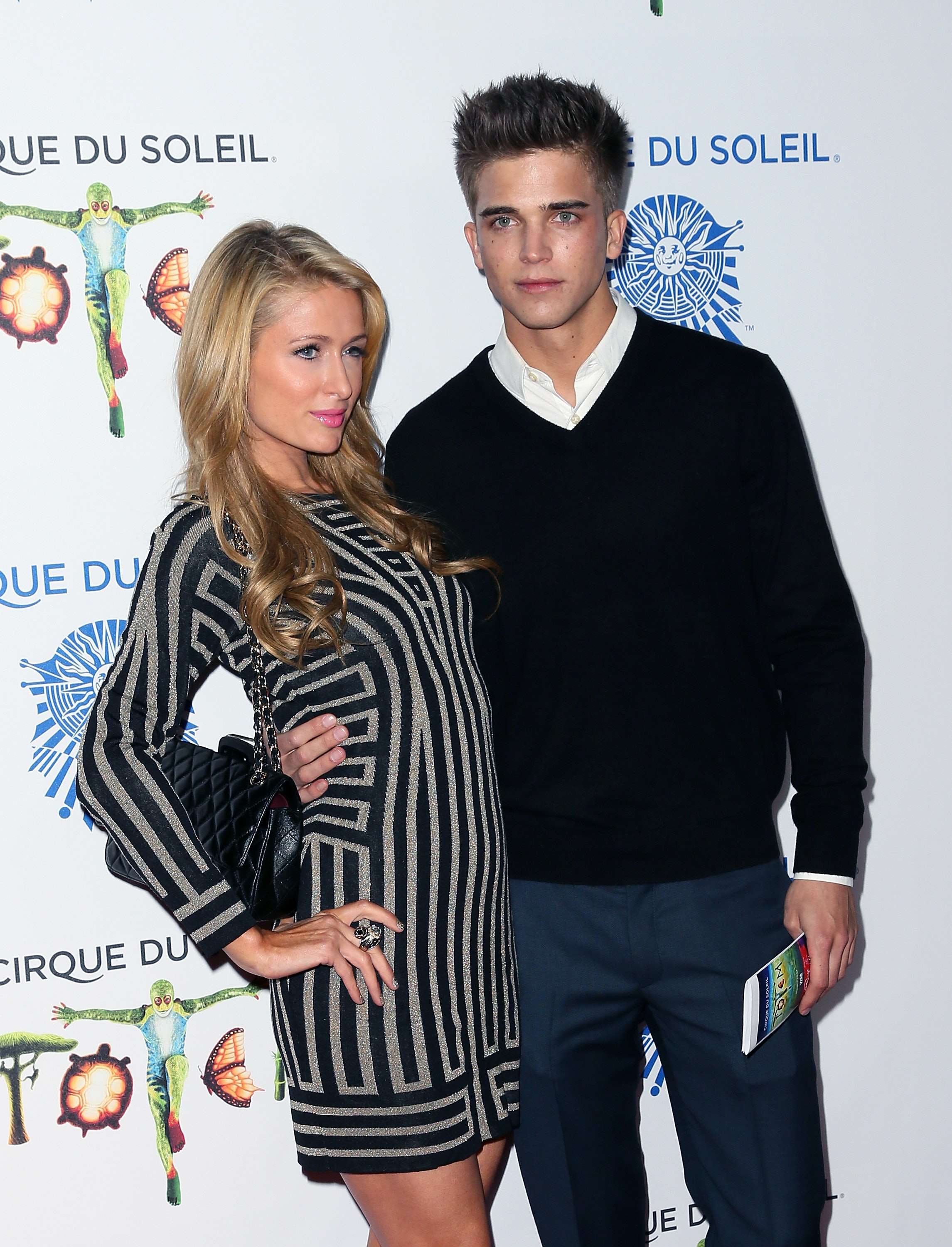 Following rumored flings with director Todd Phillips and DJ Afrojack, Hilton sparked dating rumors with Ibiza-born model River Viiperi after they were reportedly spotted together in Hawaii in September 2012. The quiet romance lasted up until July 2014, when Hilton was reportedly spotted kissing a mystery man in Malibu, though Hilton never revealed when or why she and Viiperi split.

It was later revealed that mystery man was model Josh Upshaw, but little else was heard about the rumored romance.

In May 2015, Hilton reportedly crossed paths for the first time with Switzerland-based Austrian businessman Thomas Gross at the Cannes Film Festival, and by July 2015, the two were Instagram official. Hilton even gushed about her relationship during a February 2016 interview with E! News. "I just feel like I’m in a different place in my life. I live in Switzerland now. I’m in love," she said. "I don’t know, I finally feel like myself. It’s exciting. [I’m] genuinely happy."

After just about a year of dating, the couple reportedly went their separate ways in April 2016 due to their busy schedules. "They are both friends and remain close but with their busy work schedules and the long distance it just got too difficult," a source reportedly claimed to Life & Style at the time. 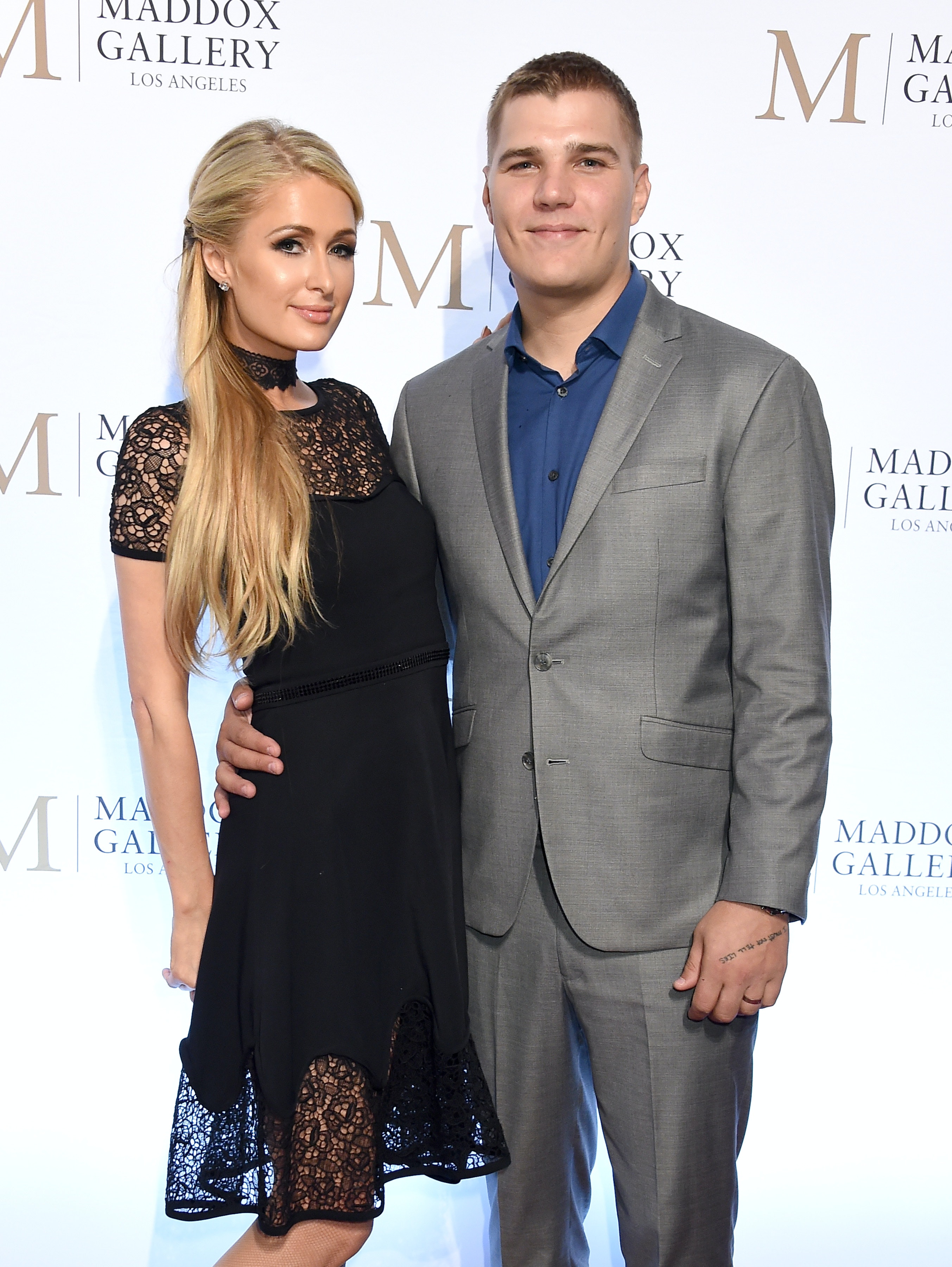 Though Hilton and actor Chris Zylka first met at an Oscars party several years ago, the two didn’t become an item until December 2016. "I’ve never been surer of anything in my life," Hilton told E! News in March 2017 when asked about the new relationship. "He’s so incredible in every way. We’ve actually been friends for a really long time, like the past six years. We just now started being serious in the past few months and it’s really just changed my life in so many ways and brought so much happiness to my life."

After just about a year of dating (and after the actor got his own "Paris" tattoo), Zylka proposed to Hilton in Aspen in December 2017 right before the new year. Though the two planned on tying the knot in November 2018, they ended up calling off their engagement that month instead. "They broke up a few weeks ago," a source reportedly claimed to People at the time. "The relationship moved very fast, and she realized it wasn’t right for her."

In February 2020, Hilton finally opened up about the breakup herself during an interview with Cosmopolitan UK, calling it "the best decision I’ve ever made in my life." She added, "I just don’t think [he] was the right person and I feel like I’m an incredible woman and I deserve someone so amazing. It just didn’t feel right. I’ve worked way too hard to just give my life to someone. They have to be perfect." 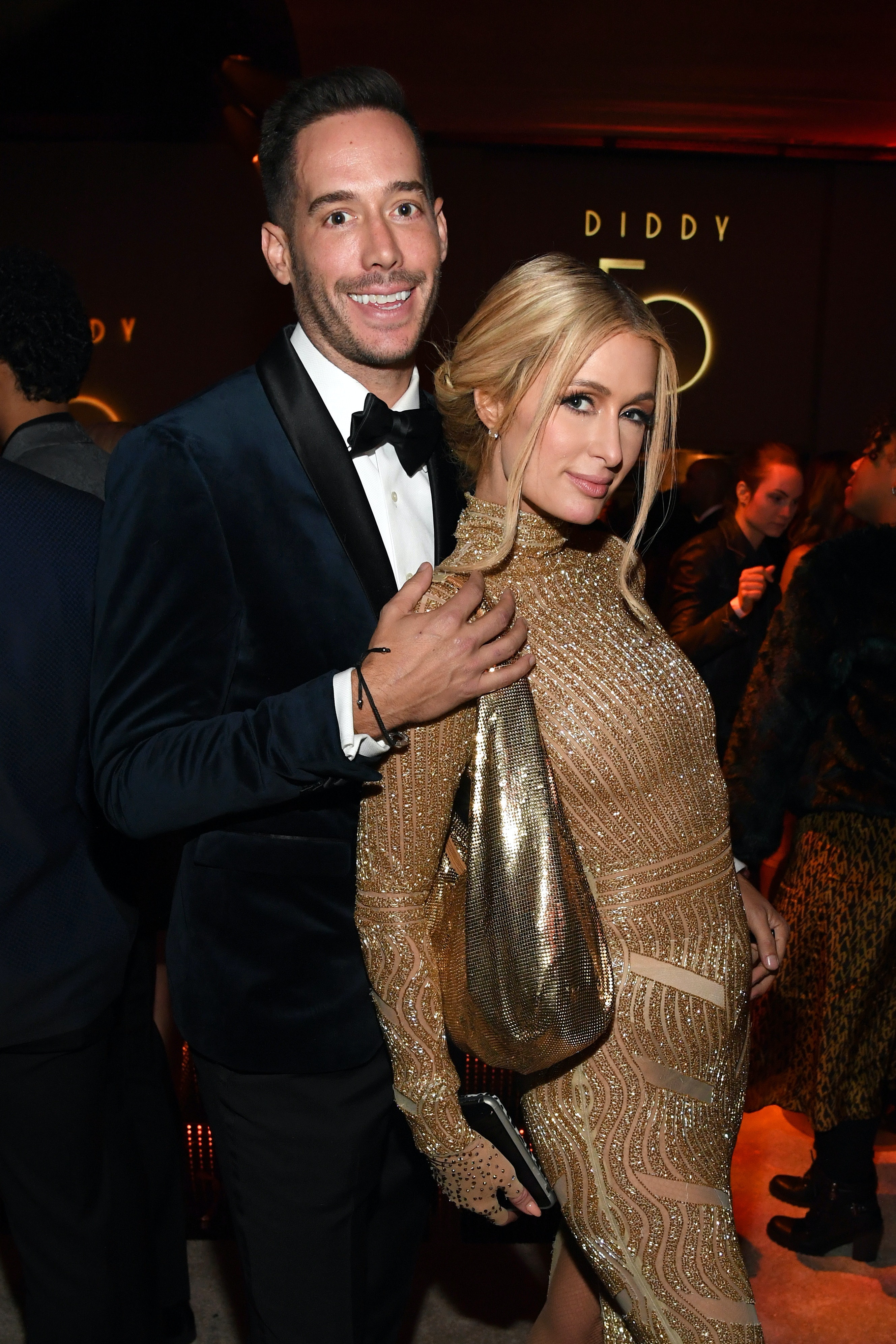 Hilton first sparked dating rumors with the author and entrepreneur back in January 2020, when the two were reportedly spotted kissing at a Golden Globes after-party. "They are dating and happy," a source reportedly claimed to People at the time. By April, the two were Instagram official, but it wasn’t until September that Hilton opened up about their relationship. During an interview with People, Hilton revealed that she and Reum had already known each other for 15 years, but they really hit it off after spending Thanksgiving 2019 together. "We had our first date and haven’t spent a night apart since," she added.

The couple got engaged in February 2021 while celebrating Hilton’s 40th birthday on a private island, and Hilton confirmed the exciting news to People four days later. "This past year with COVID has accelerated so many things," she said in a statement. "As someone who traveled constantly, I had a chance to stay home and reevaluate what was important to me. My relationship and the time I spent with Carter was a gift. I’m excited for our next chapter." She also shared plenty of cute pics from the proposal on Instagram.

It may have taken some time (and a few broken engagements), but here’s hoping Hilton has finally found her happily ever after with Reum.