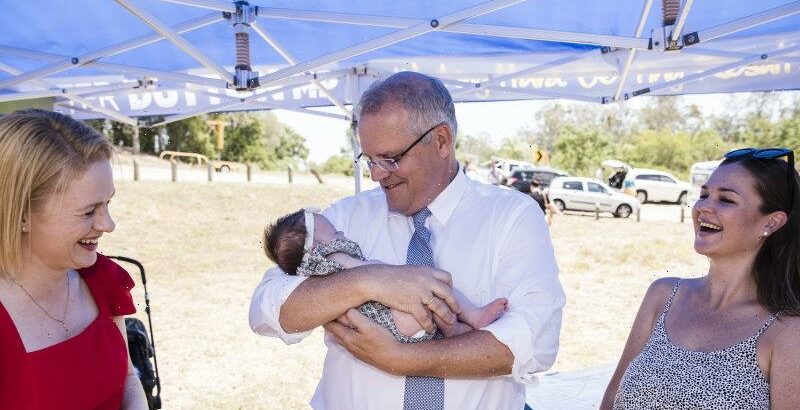 In a move that will be seen as a snub to Mr Morrison, Senator Stoker was defeated 212 votes to 101 at a meeting of LNP delegates in Brisbane over the weekend, relegating her to the still-winnable third spot. 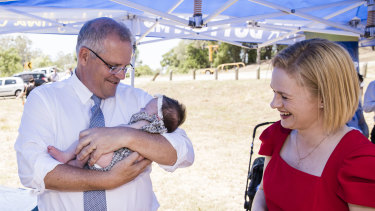 Reeling from a national backlash over his handling of a series of sexual harassment and assault allegations in politics, including the case of former Liberal staffer Brittany Higgins, the Coalition has been grappling with how to better represent women in Parliament.

Delivering an emotional mea culpa last month, Mr Morrison acknowledged merit-based appointments had not worked and he would be pushing state party divisions to adopt quotas.

While Mr Morrison did not publicly back Senator Stoker, writing letters of recommendation for both her and Senator McGrath, the Brisbane-based mother’s recent promotion to the frontbench indicated “she was his pick”.

A rising star of the religious right, Senator Stoker entered the upper house in 2018 via the casual vacancy created by former attorney-general George Brandis.

Acknowledging that the optics of having a woman leading the ticket would have been beneficial, a senior LNP source said many party delegates felt Senator Stoker’s track record on women was questionable.

Senator Stoker came under fire last year when she said former Queensland LNP leader Deb Frecklington “should not be playing the gender card” by speaking out against bullying by the “backroom boys” of the party.

“A lot of the state MPs did not want to back someone who did not support the first female leader of the Queensland LNP,” said the source, who would only speak on the condition of anonymity.

Senator Stoker’s recent promotion to the frontbench as assistant minister for women was promptly criticised by Australian of the Year Grace Tame, who accused her of endorsing columnist Bettina Arndt’s “ ‘fake rape crisis’ tour”.

But the Queensland senator and defender of free speech insists she supports women, having worked as a prosecutor and barrister, including offering pro-bono support to women dealing with sexual harassment and domestic violence.

“They say they want more women participating in public life,” Senator Stoker told 4BC Radio last month. “But yet, when women who don’t necessarily think the same way as them … they go on the attack and can be particularly nasty about it.”

Senator Stoker’s supporters believed she should have been awarded the top place, given her seniority as an assistant minister and the push for more female representation.

“They did not want someone who is a cultural warrior,” they said.

“The hardline views she promotes on things like abortion make it hard to attract voters and other women into the party.”

The source said Senator McGrath, an effective political strategist, would be needed “if the election is going to be tight”.

Queensland underpinned Mr Morrison’s “miracle win” at the 2019 election, when the party won 23 of the state’s 30 federal seats, and it will play a major role at the next poll, due to be held by May next year.

The Coalition’s primary vote has slipped from 44 per cent to 39 per cent in Queensland since the last election, and the LNP’s disastrous result at the October state election has party operatives worried.

The senior party source said the lesson for the Prime Minister was to do a better job of listening to rank and file members across Queensland.

“The more outsiders try to influence us, the more we will push back,” they said.

“Captain’s calls do not work here because Queenslanders do what they want.

“I think the message for the PM is, if Queensland is going to be a battleground state for the election again, don’t act like you know more than the locals.”

Amanda Stoker, 38, a former lawyer and staunch conservative who lives in Brisbane with husband and three children.

On voluntary euthanasia: ”It sends a disturbing message that there are some people in our community who are better off dead”.

On abortion: “It’s not pro-woman to take people who are vulnerable…and tell them the only thing we can offer you is help to kill your baby”

James McGrath, 46, a product of the Young LNP and respected political operator who lives in regional Queensland.

On China: “China is a bully and we have got to come to terms with this…What China is doing is trying to pick us off, they are trying to slowly strangling us.

“On the ABC’s decision to refer to January 26 as “Invasion Day”: “It’s a disgraceful act aimed to create division on our National Day”.