“I’m grateful to be working, I’m grateful at 50 to be getting the best parts of my life,” Patricia Arquette said as she won the Emmy for best supporting actress in a limited series or movie for “The Act.”

But she added, “I’m so sad” because “I lost my sister, Alexis,” and “trans people are still being persecuted.”

Alexis Arquette died in 2016 from HIV-related complications, according to People Magazine. 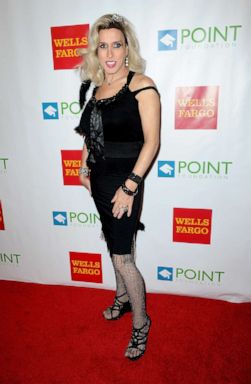 “I’m in mourning every day of my life, Alexis, and I will be the rest of my life for you,” Arquette said, “until we just change the world so that trans people aren’t persecuted.”

“And give them jobs,” said the Emmy winner, as the audience cheered.

“They’re human beings,” she continued. “Let’s get rid of this bias.”

Her speech comes as LGBTQ advocates combat what they call an epidemic of anti-transgender violence across the U.S.

At least 18 transgender people have been killed this year, according to the Human Rights Campaign. The group tracked 29 killings in 2018, the most it had ever recorded in a year.

Since 2013, HRC has tracked at least 145 transgender deaths due to fatal violence, with most victims being black transgender women. But the organization said the violence is hard to track due to misgendering — incorrectly applying gender labels — and transphobia.

Backstage at the awards show, Arquette said that because she’s been working so steadily, she hasn’t had an opportunity to fully process her sister’s death. Recently, she added, she’s begun to feel “heavy grief.”

“To be there tonight would be inauthentic really to not talk about my whole self and where I am, where my heart is, where my thoughts are,” she said. “I really miss my sister.”