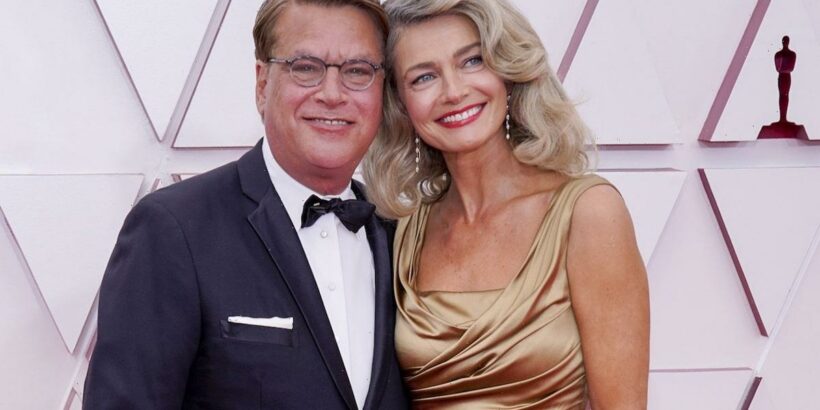 “I’m so grateful for his presence in my life,” says the supermodel.

Just three months after making their big red carpet debut as a couple at the 2021 Academy Awards, model Paulina Porizkova and director Aaron Sorkin are dunzo.

Porizkova, 56, confirmed she and the “West Wing” creator, 60, split in an Instagram post she shared Tuesday — making it clear she holds no ill-will toward her now-ex.

“He helped heal me and reclaim myself,” she captioned a paparazzi photo of the two of them, over which she superimposed a broken heart emoji. “There truly may be no better man, no man who’s more genuinely ‘good.’ He’s brilliant and witty and funny and sexy.”

So … what went wrong? Porizkova simply said that “it doesn’t matter how much we may wish we were birds of a feather – we’re still a duck and a goose.” She added that she won’t be spilling more about their relationship or breakup, saying that, “as unfiltered as I usually am, this involves someone else’s privacy – so this is all I’ll ever say on the subject.” 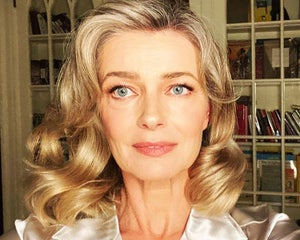 The two were set up by reporter Ashleigh Banfield, who connected them via text message after she interviewed Porizkova and asked whether she “wanted to be introduced to a single man.” After about a month of talking over text, the supermodel flew from New York to Los Angeles for their first official date.

Their second date: The Oscars. No biggie, right? She donned a 15-year-old Dolce & Gabbana dress for the occasion, joking that it made her look “sort of like a female Oscar – so in case Aaron didn’t win one- he could still take one home.”

The relationship came after her messy split from Cars frontman Ric Ocasek, who died in September 2019 while the two were in the middle of a divorce. They were still living together and while she reportedly characterized the proceedings as “amicable,” he cut her out of his will just a few weeks before his death.

Sorkin, meanwhile, was previously married to Julia Bingham from 1996-2005 and share one daughter. He’s also been linked to Kristin Chenoweth and Kristin Davis in the past, but tends to be very private about his personal life.