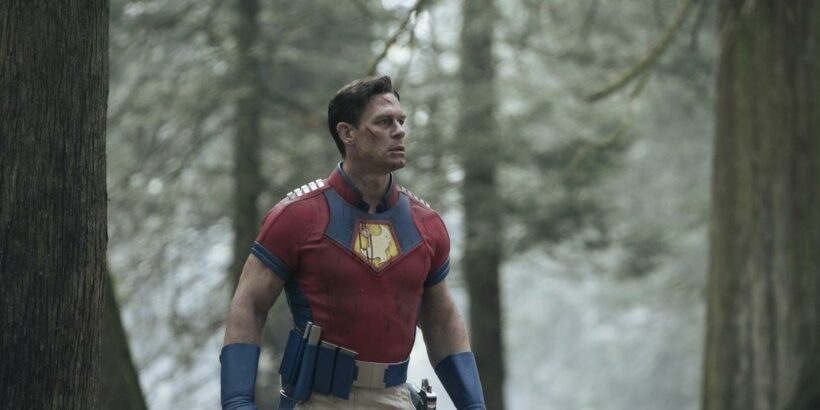 Peacemaker has quickly become one of the most popular additions to the DC Extended Universe, so it’s no surprise the series has already been renewed for season 2. And while Peacemaker‘s finale did a solid job of wrapping season 1’s main storyline, there are a few questions we have heading into the show’s second outing.

1. Will Peacemaker regret his decision in episode 8?

Peacemaker Episode 8 sees the DC show’s main characters raiding the warehouse where the Butterflies are keeping their food supply — no small feat, considering how outnumbered they are. And when Christopher Smith (John Cena) finally gets past their defenses and confronts Goff (Annie Chang), he faces a decision.

Although the Butterflies have killed plenty of human beings to achieve their ends, Goff claims their intentions aren’t to eradicate the human race. In fact, the Butterfly leader reveals that Earth is headed in the same direction as their planet. Greed, disease, and climate issues are likely to push humans to extinction. Supposedly, Goff wants to prevent that.

Goff asks Christopher to let them transport the Cow elsewhere, hoping he’ll understand the vow they’ve made and the necessity of it. However, Cena’s lead refuses to help them. He chooses his friends over the Butterflies’ offer to save their planet. But will he regret it? That’s something Peacemaker Season 2 needs to explore in more depth.

Although The Suicide Squad and Peacemaker have both had extraordinary antagonists, it seems the villains of Christopher’s next adventure could be humans. Of course, the series could just as easily hold off on Goff’s threat. We’ll have to wait to see which direction the series goes in.

2. Are the Butterflies truly gone?

Christopher’s decision to destroy the Cow in Peacemaker Episode 8 suggests the Butterflies are gone for good — all except Goff, who can be seen eating the last of their food at the very end of the episode. The implication seems to be that Goff will die off, bringing the Butterflies to extinction. But are they really and truly gone?

If Clemson Murn (Chukwudi Iwuji) walked away from his people ahead of their invasion, it stands to reason that other Butterflies could be out there. Additionally, there’s no telling if Murn’s task force wiped out every last Butterfly during the finale.

How any leftover Butterflies would survive without the Cow is anyone’s guess. For that reason, hoping more will show up in Peacemaker Season 2 feels like a stretch. Still, it seems a shame to let such an interesting alien race disappear after just eight episodes. And we never even found out Goff’s favorite color!

3. Will Harcourt ever return to work?

Emilia Harcourt (Jennifer Holland) proves herself a valuable asset to any mission, but she nearly dies completing Clemson Murn’s. Fortunately, the final moments of the Peacemaker finale reveal she survived the dire injuries she received fighting the Butterflies. But will she ever be able to work in this field again?

The end of episode 8 shows Harcourt in physical therapy, still able to walk, but just barely. The emotional moment raises questions about whether she’ll continue partaking in secret missions for the U.S. government. It certainly doesn’t seem like she’ll be back to fighting any time soon.

Of course, that’s not all that makes Harcourt an asset. If Peacemaker Season 2 does feature another mission, she could be the mastermind behind it — running things from behind the scenes rather than charging into battle herself. Amanda Waller’s (Viola Davis) position may even be open in the near future, and Harcourt’s proven herself a good leader.

Harcourt’s also more than earned some time off, so we wouldn’t blame her for retiring. However, it would be nice to see her play a prominent role again in the show’s sophomore season.

4. Will Amanda Waller face consequences for her actions?

DC’s Peacemaker dropped another bombshell in its finale, when Leota Adebayo (Danielle Brooks) went on television and revealed what her mother has been up to at Belle Reve prison. Adebayo cleared Christopher’s name and told the world about Amanda Waller’s secret operations.

The series offers a brief shot of Waller, looking surprised by her daughter’s betrayal, but it doesn’t give any insight into what’s next. Will Davis’ character face the consequences of her actions in Peacemaker Season 2? It’d be nice to see her get some comeuppance for how she’s treated the people working for her. Perhaps she’ll even step down.

If Waller does find herself stepping down from her position, fans also have to wonder if anyone will replace her. Even if the U.S. government can’t coerce prisoners into doing their bidding any longer, they still need personnel to work critical, other-worldly missions. And that raises a question about Leota Adebayo’s future in the DCEU…

5. What’s next for Leota Adebayo?

Peacemaker Season 2 needs to address what’s next for all of the main characters, but we’re most interested in Leota Adebayo. Adebayo comes into her own as much as Christopher during season 1, realizing she’s “made for this s***” by the finale.

With that declaration, it seems Adebayo could make a career out of doing secret missions for the U.S. government. Perhaps she could even take up her mother’s mantle. If one thing is certain, it’s that Adebayo would take a much more ethical approach to the whole operation.

And her staying involved would leave the door open for the task force to reunite in season 2 (which is what most fans are hoping for, isn’t it?).