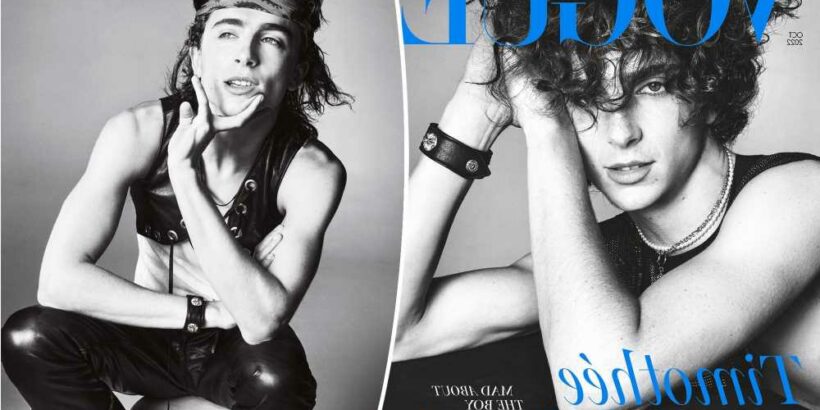 Timothée Chalamet is a style star — and he’s a cover star, too.

The “Call Me By Your Name” actor graces the cover of British Vogue’s October issue, making history as the first male to front the mag solo.

While he’s famous for his daring red carpet looks — which have included bedazzled harnesses, sequined hoodies and, most recently, a backless halter top — Chalamet, 26, has yet to appear in a fashion campaign.

“When [success] came my way, I felt very particular that I didn’t want people and I really didn’t want to see myself cashing in,” he told the magazine.

He didn’t even want to make a fuss about his momentous cover moment, saying, “The nature of the world now, you know… It felt right to not make it too statement-y.” 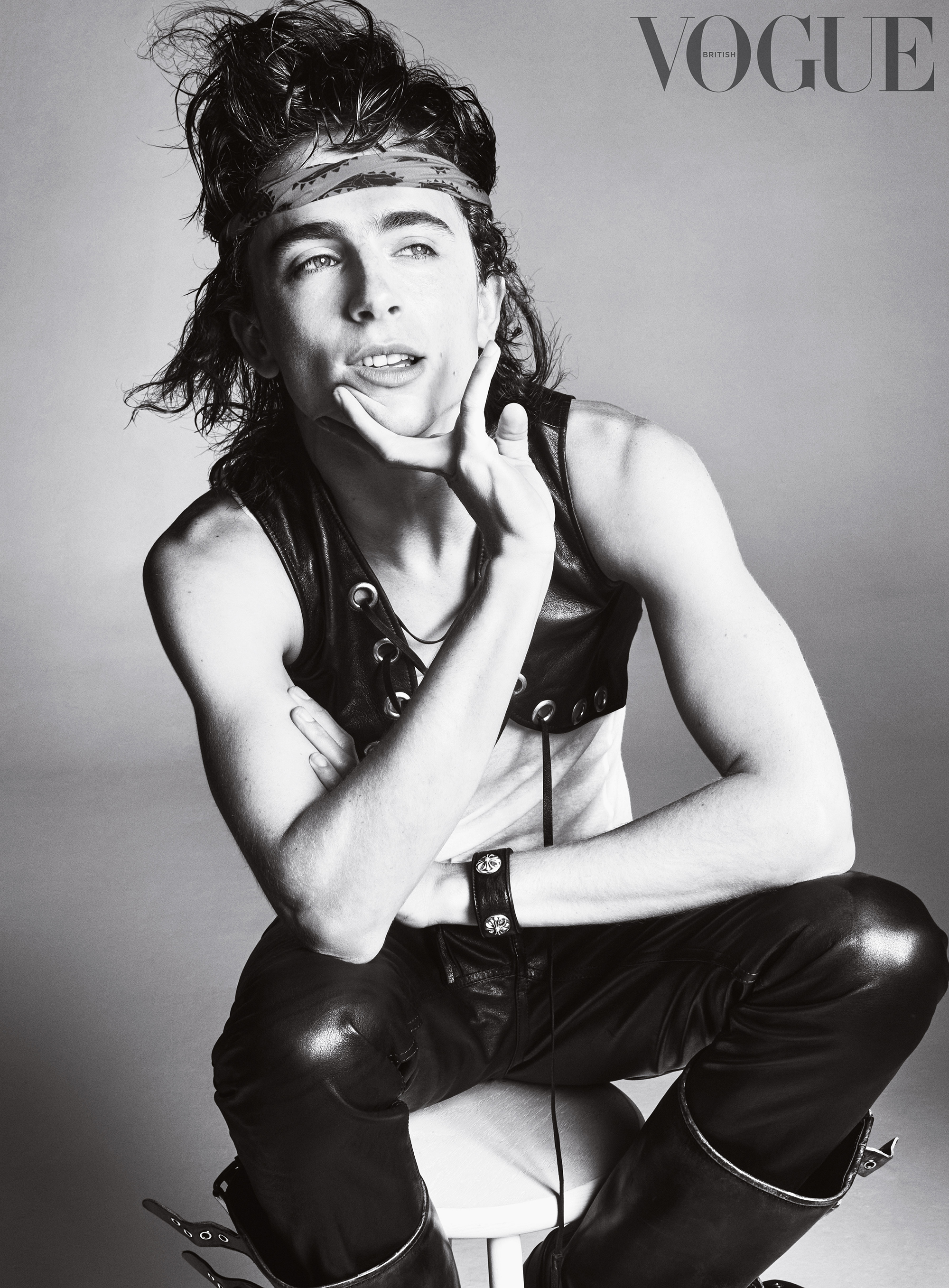 That didn’t stop him from rocking some statement-making looks in his British Vogue spread, however, with the young star showing off his chest in a Stella McCartney chainmail tank top and sporting Gucci leather pants with a matching lace-up vest, often paired with a string of pearls.

“Timothée Chalamet is coming for all of our throats with this shoot,” one fan gushed on Twitter. 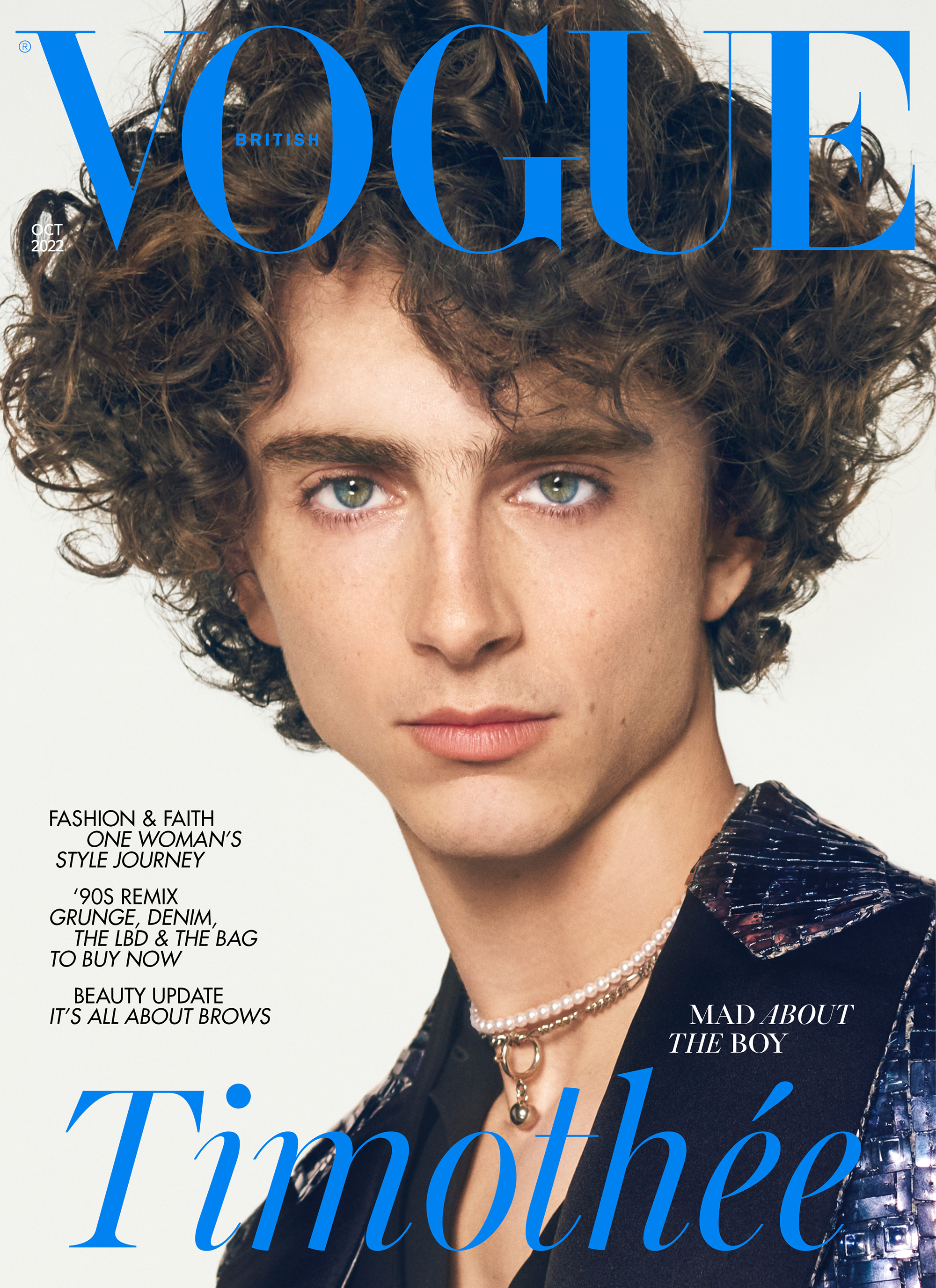 Even though Chalamet declined to discuss his love life (or share much about his life outside of work in general), he did reveal the “career rule” Leonardo DiCaprio once shared with him: “No hard drugs and no superhero movies.” 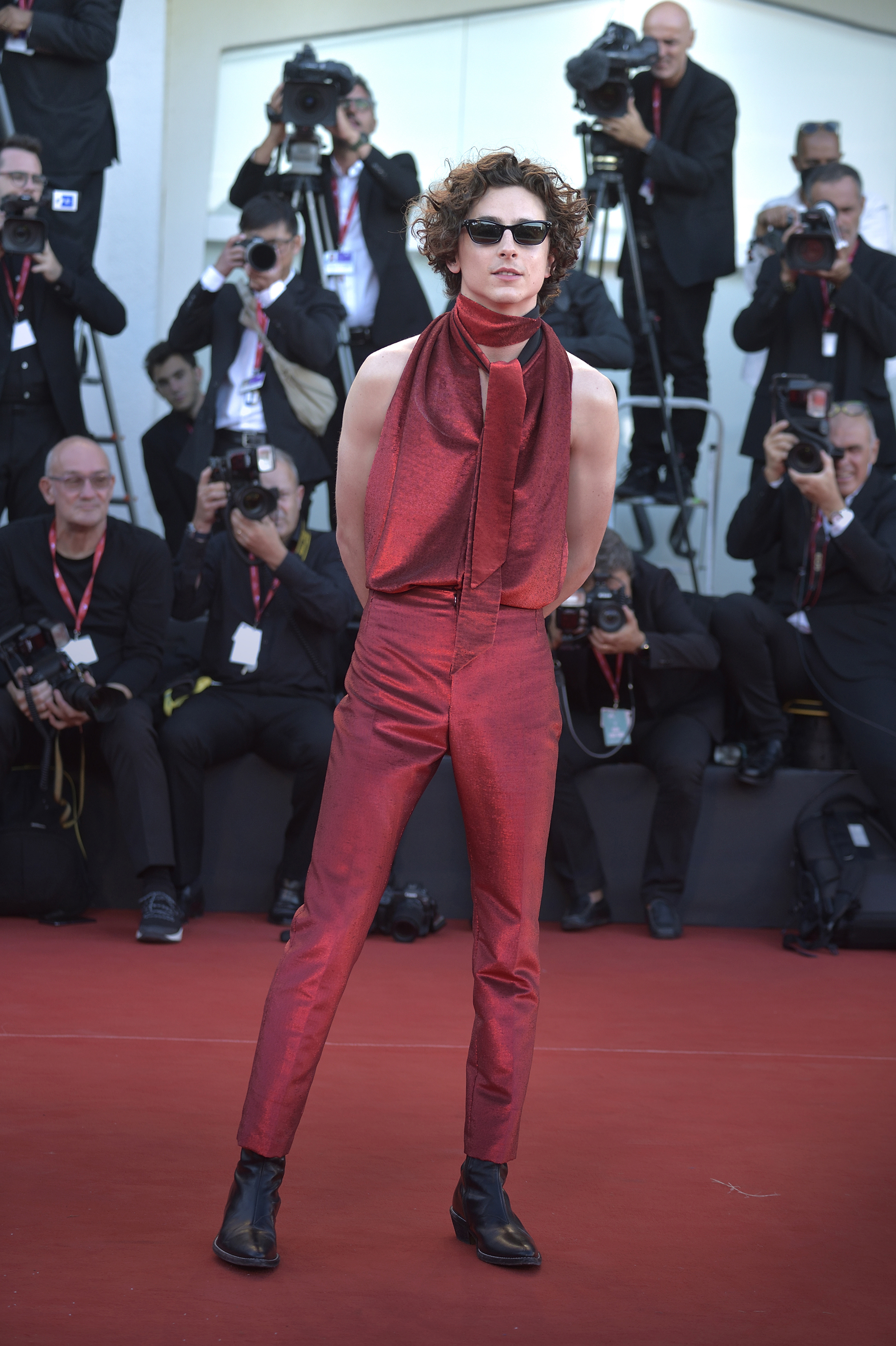 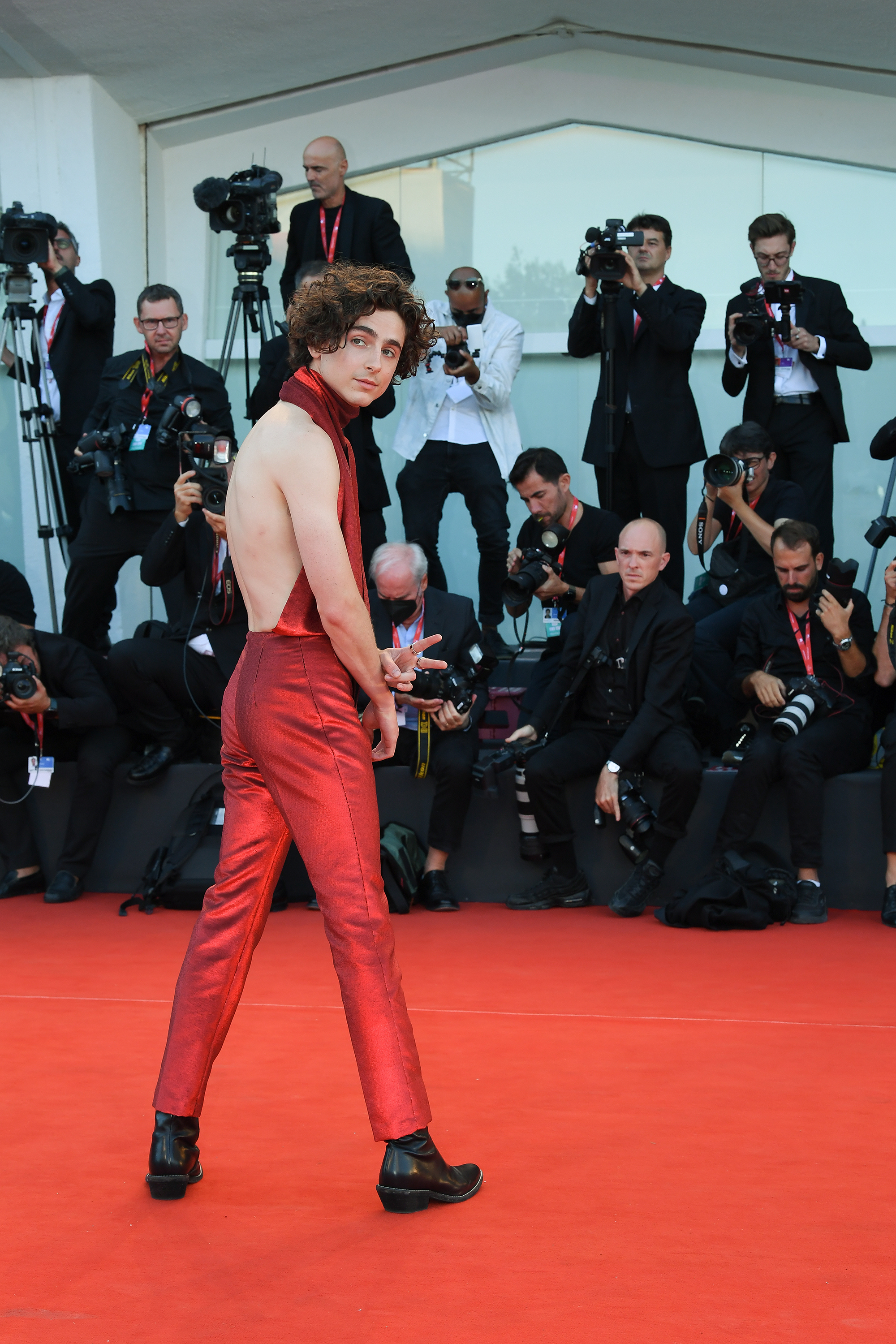