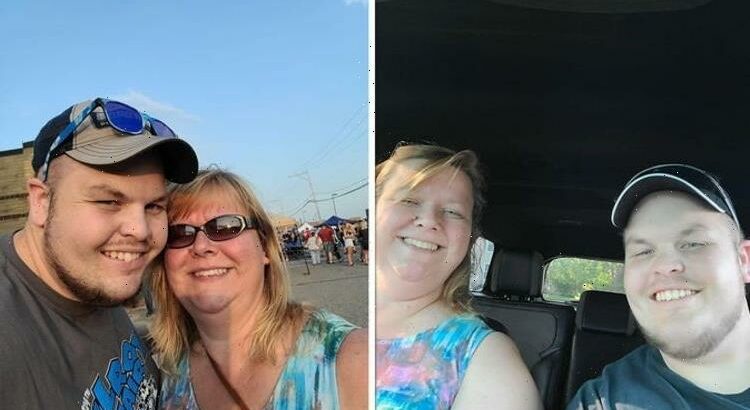 Age-gap relationships are more normalised than ever but although a man dating a younger woman is often applauded, older women dating younger men still raise eyebrows and have been referred to as a “cougar”. Kelly started dating younger men when she realised it was way more fun.

“I was married for 19 years and divorced in 2016. I was also in a life altering accident six weeks after my divorce was final. So at that time I felt broken in every way a person could: physically, emotionally, mentally, and spiritually.

“After the divorce, I did date right away but not in the hopes of finding a partner. I dated younger men for the ego boost,” Kelly admitted.

“It was not a healthy way to deal with the emotional and mental damage I was dealing with from the relationship, but it was what I did. I’ll also admit it was fun.

“Younger men wanted to go out and do things. I tried all sorts of things I hadn’t before: disc golf, arm wrestling, poker tournaments, and more.

“It was a blast. But it was also empty and became not fulfilling after a short period,” she explained.

“I decided not to date for a while and then the accident happened which would have forced that anyway.”

Kelly continued: “In late 2017, I found myself desiring male companionship, but in a much healthier way. I was dating in my age range and mostly having fun. But I had a string of dates that either stood me up or were just not what they presented themselves to be and were bad, bad, bad.”

Kelly then opted to date younger men again “because they always showed up and they always wanted to impress”.

“I was on Tinder and swiping through the younger men, mostly left because they posed with no shirt or a dead animal.

“I came across Jared’s profile, and he had some nice pictures of him on his profile and he had the best smile in all of them. I must admit he wasn’t my normal right swipe on Tinder but something about that smile,” she explained.

Kelly continued: “Around the end of May, we were having sex and a good time. I kept thinking it was going to be causal but in June, he took me to meet his family. That was nerve wracking since I hadn’t done the meet the family thing for over 20 years. In November we moved in together. Then on July 4 this year, he asked me to marry him. It was quite sweet.”

According to Kelly, dating someone younger has a lot of advantages, including sex.

“Pros of dating someone younger: he has a unique perspective that is different from mine.

“He is super comfortable with social media and shares a lot about our story, so we have a running memory reel from things we did in the past three years. He has drive and ambition that I didn’t see from my ex who was 10 years older than me. He is eager to learn about me and to put energy into our relationship.

“Lastly, the sex is great! Oh, and he doesn’t forget how to play and keep things interesting.”

Kelly continued: “Cons of dating someone younger: he doesn’t have the same cultural shared memories that I do, so sometimes I talk about something from my childhood, and he doesn’t understand the significance of it because it is something that always was for him, like computers and how we use them today.

“That gets a little weird sometimes. Sometimes people think I’m his mom, that is always weird when people ask that,” she said.

She explained: “The funniest ‘Your mom’ story is from last fall. Jared was driving my 1990 Mustang Convertible to the storage unit, and he got pulled over. I pull in behind the cop, which must have confused the cop. I was approached first with the can I help you ma’am line and I told the cop that I stopped because it was my car, and I didn’t know if Jared had proof of insurance or not since the policy just reupped.

“The cop looked at the insurance card and was like OK that is fine. Then he goes over to Jared and tells Jared that ‘his mom’ is very overprotective. Jared says, no girlfriend and she was following me to put it in storage. Cop got all business like and was out of there quickly. I don’t think that the cop knew what to do.”