Pete Davidson got Kim Kardashian’s name branded on his chest

During an appearance on “The Ellen DeGeneres Show” Tuesday, the reality superstar revealed that the “SNL” funnyman has not just one, but multiple tattoos in her honor.

“It’s my job as an interviewer to ask about the tattoo,” DeGeneres, 64, began. “He posted this selfie … and [fans are] reading into it, saying that there’s a tattoo that says ‘Kim.’”

Kardashian, 41, confirmed that her 28-year-old beau added some sentimental ink to his considerable collection.

“He has a few tattoos, a few cute ones, that he got,” the Skims founder said.

When DeGeneres asked for a concrete number and threw out three as an example, Kardashian replied that Davidson has “a little more than that.”

While the law student wouldn’t elaborate on most of his designs, simply describing them as “cutesy things,” she did add, “My favorite one … says, ‘My girl is a lawyer.’”

As for that giant “Kim” stamped on Davidson’s chest?

“[It] isn’t a tattoo, it’s actually a branding,” Kardashian confirmed. “Because he wanted to do something that was really different.” 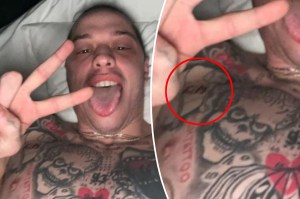 Davidson also apparently told his girlfriend, “I don’t want to be able to get rid of it or to cover it up, and I just wanted it there as a scar on me.”

While the “King of Staten Island” actor is currently in the process of removing many of his tattoos, it seems he’s stuck with “Kim” for life — even if the pair wind up parting ways. 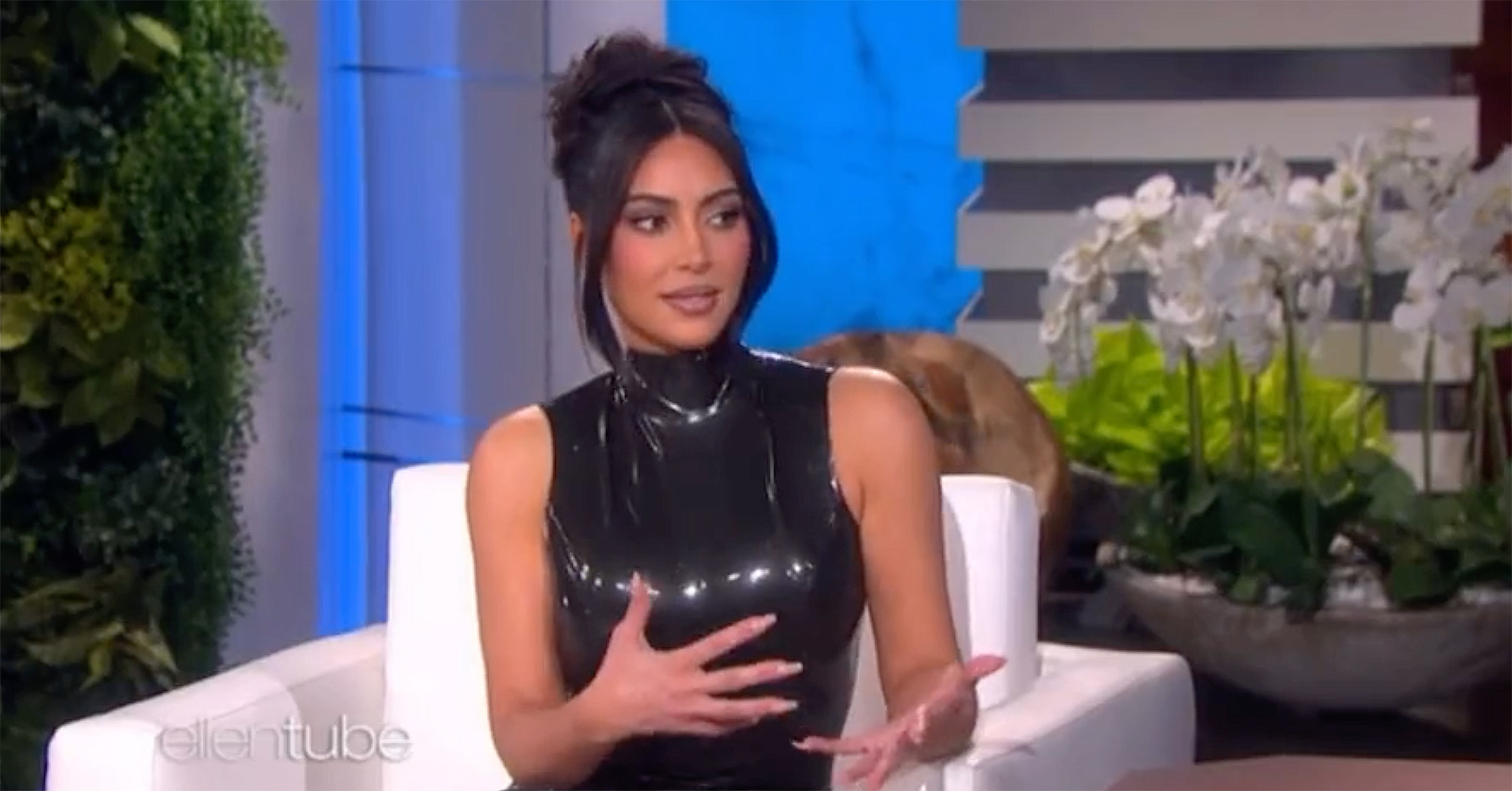