PETER OBORNE: Despite the chaos, I still think Theresa May can win

Most MPs sitting in the Commons yesterday will know how Margaret Thatcher delivered her last words as prime minister in late November 1990.

There was more than a touch of Mrs T about Theresa May last night. Defiant, brave, coherent. Plenty of class and a touch of humour. But Mrs Thatcher at the time was doomed. Does the same apply to Mrs May?

It’s too soon to be sure. Yesterday morning she was promising a parliamentary vote on her EU withdrawal agreement. 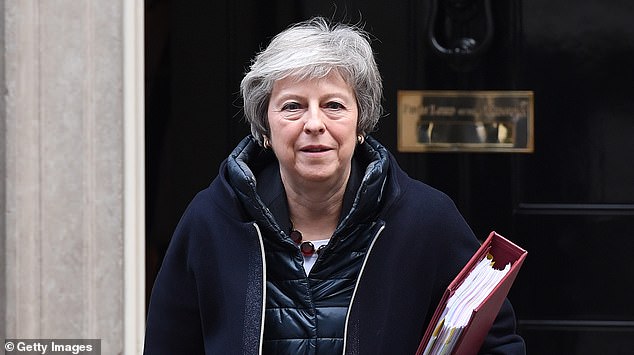 ‘Theresa May (pictured) deserves a final chance, but after that she would be unpatriotic to cling on to office. If she is forced out of power, she should be offered the opportunity to leave with honour’

However, like so many of the embattled Mrs May’s earlier assurances, it’s bitten the dust. The truth is that the Prime Minister ducked out at the last moment in the face of implacable opposition.

When it became obvious that she was facing a Commons defeat on this scale, Mrs May concluded that discretion is the better part of valour.

She’s now preparing to go back to Brussels to secure a better deal. Already, her chief Brexit negotiator Olly Robbins is there preparing the way.

But the other EU leaders have repeatedly made it clear there’s nothing doing. Sensing Britain’s weakness, President of the European Council Donald Tusk said it again yesterday: ‘We will not renegotiate the deal, including the backstop.’

So it looks like Mrs May is clutching at straws. From a constitutional point of view, a prime minister who cannot command the support of the House of Commons must quit.

In the case of Mrs Thatcher, it was the much-hated poll tax which did for her. In the case of Mrs May, she’s adrift from her own party and hundreds of other MPs on the most corrosive issue which has faced this country for 50 years.

Not surprisingly, Jeremy Corbyn said that if the PM can’t get her deal through the Commons, then she should make way for somebody who can. And he did not mean another Tory. I am a Conservative supporter. But Mr Corbyn was making a reasonable point.

The truth is that Mrs May is losing the ability to govern. That is how premierships always end. It’s never nice. This time it’s frightening.

Inevitably, sterling was plunging on the foreign currency markets yesterday. There were alarming new statistics that suggest economic growth is grinding to a halt.

That is not surprising. There was always going to be a moment when Brexit chaos hits the markets. 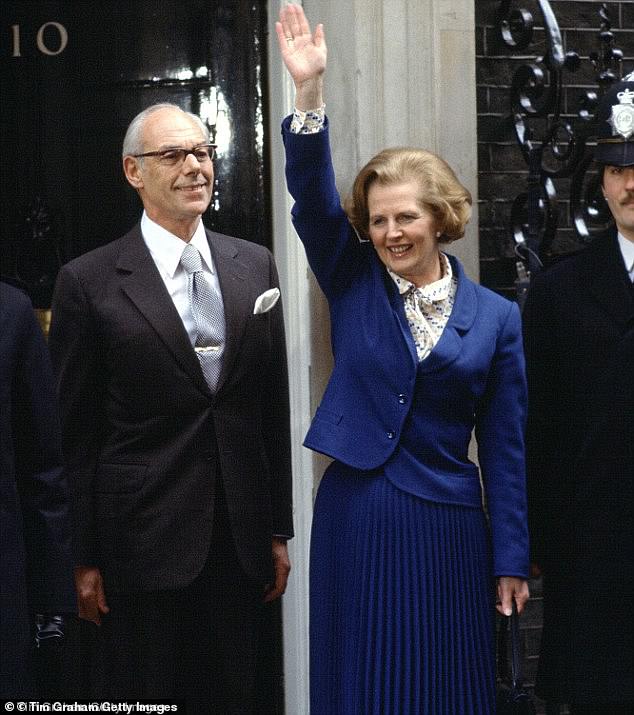 Most MPs sitting in the Commons yesterday will know how Margaret Thatcher delivered her last words as prime minister in late November 1990. Picture shows Mrs Thatcher waving from the steps of No 10 Downing Street with husband Denis after becoming Britain’s first female Prime Minister in 1979

A Cabinet meeting today has been cancelled. That decision was predictable, too. With the authority of the Prime Minister shattered, the Tory party has split and Cabinet is out of control.

Mrs May could have expected better from Welfare Secretary Amber Rudd, a longtime colleague who she had nobly and graciously invited back into her Cabinet only a few weeks ago after a period on the backbenches following her mishandling of the Windrush scandal.

Miss Rudd defied collective responsibility in undermining Mrs May’s deal by speculating just three days before the planned Commons vote that there was a possible alternative to the PM’s plan and that a post-Brexit Britain could enjoy the same relationship with the EU as Norway currently does.

The conduct of Home Secretary Sajid Javid has been equally subversive. His acolytes are letting it be known that he wants the top job.

He ought to be supporting the PM both publicly and privately. Instead, he has let it be known that he thinks her deal is dead and Mrs May will be forced out when it fails.

This is treachery at exactly the moment when Mrs May needs loyalty. I offer some advice for those who might ever think of going into the trenches with either Rudd or Javid: Don’t. Faced with any crisis, they’d slit your throat.

What we are witnessing in this tragic drama are two separate Tory parties with two diametrically opposed sets of belief on Europe.

They are fighting like ferrets in a sack with seemingly scant care what is in the interests of the British public. No leader, not even the Duke of Wellington in his prime, could keep this lot under control.

Of course many people feel sorry for Mrs May. But politicians are a tough breed. They volunteered to go over the Westminster frontline.

Nevertheless, there is a fragility of government that doesn’t help anyone. We’re living through a period of cartwheel politics, when decisions taken one day are rescinded a few hours later.

Britain has entered a very dark place. Against this melancholy background, we must hope for a better future.

Although Mrs May is in the Last Chance Saloon, compared with any possible Tory replacement – none of whom seem to have any affect among voters – she is still courageously holding her head high.

She has conjured up a deal that has widespread support across the country and she defended it extremely fluently yesterday.

Crucially, she asked those wanting a second referendum a sensible question. What message would it send about the state of British democracy? To those who champion the ‘Norway Option’, she questioned whether it answered the concerns expressed by Brexiteer voters about immigration.

And she asked the biggest question of all. Do MPs really want Brexit? The awkward silence that followed – apart from Scottish Nationalists crudely braying ‘No’ – was proof that Britain has entered a period of chronic uncertainty. 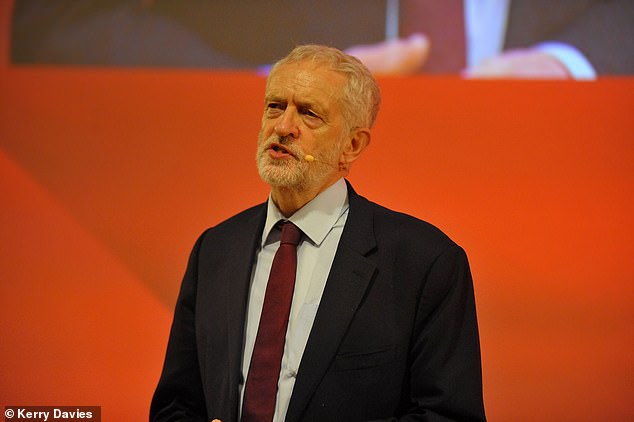 ‘What’s around the corner? Mrs May stepping down? A new Tory leader? A general election followed by a Jeremy Corbyn led government?’

What’s around the corner? Mrs May stepping down? A new Tory leader? A general election followed by a Corbyn government? A second referendum and all of the fresh divisions that would mean? Or a dogged Mrs May finally triumphing by winkling out concessions from the other EU leaders, and returning to Westminster to win a Commons vote?

Only a fool would say they know the answer. For my part, I believe that amid all the chaos, Mrs May and her proposal can still win.

I studied her closely yesterday at the despatch box. Most certainly defeated – but I can see no more plausible alternative.

The Prime Minister has spent more than two years trying to manage a Brexit that works for the British people. She should be allowed a few more days to salvage concessions from Brussels.

Any more predictions than that, I’m not so sure.

There was talk last night that Mrs May would try to grind out a result by bringing back the vote to the Commons at the last possible moment, meaning that MPs will be forced to choose between her deal and nothing.

That would be a misguided tactic. If Mrs May can’t get her deal through the Commons, the British public must find out soon and not in six weeks’ time.

There remain other options to explore to stop Britain crashing out of the EU on March 29.

Mrs May deserves a final chance, but after that she would be unpatriotic to cling on to office.

If she is forced out of power, she should be offered the opportunity to leave with honour.

Otherwise, her legacy will be losing her party’s majority by making the grave mistake of calling a general election last year and failing to deliver Brexit. Theresa May deserves better than that.