Chancellor Philip Hammond’s decision to break Tory ranks over Brexit could soon be followed by yet more open warfare between Cabinet ministers.

I believe that a bitter split is looming over HS2, the high-speed rail link that will connect London, Birmingham and the North.

Some senior ministers, led by Michael Gove, are ready to make their private views public and say that the project should be scrapped. 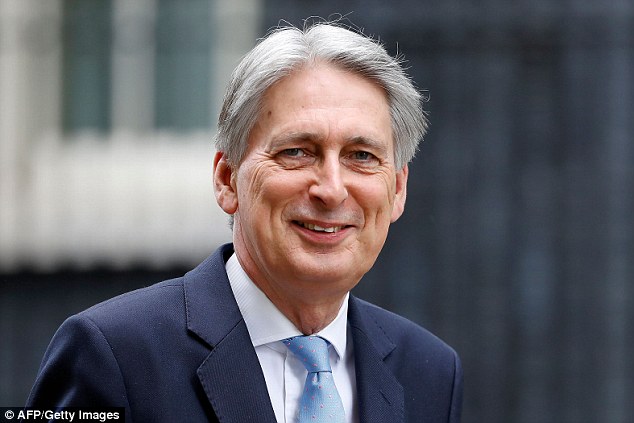 I predict that Defence Secretary Gavin Williamson and Foreign Secretary Jeremy Hunt will be among them.

Most significantly, from outside government, Brexiteer Boris Johnson is believed to be keen to see the money released for other spending.

This powerful phalanx will pose a serious threat to Theresa May who is still behind Transport Secretary Chris Grayling and Mr Hammond, who want to keep HS2 on track.

The truth is that the multi-billion-pound project has been deeply unpopular for a long time among the Tory grassroots.

Not only because the route would be carved out of pretty countryside in Middle England — passing exclusively through Tory-held constituencies between the outskirts of London and Sutton Coldfield. But, more importantly, because it is seen as an obscene waste of money.

Although Mr Gove is said to be appalled by the environmental devastation involved, the far bigger devastation will be to our public finances.

Even the Treasury’s Infrastructure and Projects Authority has awarded the HS2 an amber/red rating, implying that there’s a high risk it won’t produce good value for money.

Matters are likely to come to a head as preparations are made for the Chancellor’s autumn Budget.

The big question is whether Mrs May, who inherited the disastrous project, has the political courage to dump HS2 at this late stage.

My sources tell me that Downing Street is ready to look at it again.

It is not too late. Not a yard of track has been built. Yet enormous sums of taxpayers’ money have been spent already.

Figures released by HS2 itself in its annual report last month showed that an astonishing £1.1 billion has been ploughed into this project in the past financial year alone.

Official estimates from the Department of Transport say the budget is supposed to be £56 billion.

But it is universally recognised that this is a colossal underestimate. The depressing truth is that taxpayers could be forced to cough up as much as £100 billion in total — a staggering level of expenditure at a time when our national debt remains a terrifying £1.8 trillion — with the interest alone costing £40 billion a year.

But all the signs are that it will make many problems worse.

When considering HS2’s role in the Government’s plan to improve Britain’s infrastructure, it is crucial to bear in mind that it was seen as a way of taking pressure off Heathrow airport because politicians at the time seemed unable to decide whether to build a third runway.

But that runway has now been given parliamentary approval.

And so HS2 is looking like a hideously expensive white elephant.

The main argument for the new rail link was that it would knock 30 minutes off the journey between Birmingham and London. But many of us have consistently said that is unnecessary.

Currently, that journey by train takes 84 minutes. I travel the route often and it seems sufficiently rapid.

HS2’s backers want the journey time to be 49 minutes. In other words, more than half a billion pounds of public money is being spent for every minute saved. And this would be for just 140 miles out of the total of 9,800 across the whole country.

A high-speed train (travelling at 200mph) inevitably requires the track to be as straight as possible. Of course, this means tearing up beautiful parts of middle England to lay the lines.

Is cutting journey times by 35 minutes really worth such vast public expenditure and the destruction of priceless landscape?

I strongly suspect that even the most hard-nosed businessman or woman would happily continue to have a slightly slower journey and, instead, be supplied with a decent Wi-Fi system. Improving train Wi-Fi would cost at most a few million pounds, a minute fraction of the money being poured into the HS2 black hole.

The brutal truth is that HS2 is essentially a vanity project.

It reminds me of the Millennium Dome, the ridiculous construction dreamed up by the John Major government, then brought into being by Tony Blair and New Labour. A vainglorious totem to small-minded politicians’ narcissism and obsession with creating a ‘legacy’.

The ridiculous Dome cost nearly £1 billion — an enormous sum but not even 1 per cent of the expected ultimate cost of HS2.

Putting this white elephant to sleep now would release massive funds for truly worthwhile projects that really are needed.

For example, ministers are in dire need of money to fund social housing projects.

Also, there’s an urgent need to build up the transport infrastructure of the north of England, including the building of new transport links.

Why not scrap HS2 and use its budget?

More money for the NHS, too? Yes, a much better use of the HS2 billions.

In political terms, I am convinced that cancelling HS2 would give a huge boost to the May government.

The Prime Minister is seeking to create a new domestic agenda post-Brexit.

But tight reins on public spending mean that she has been unable to come up with imaginative and electorally popular plans.

Over the next few months, Theresa May will have room for manoeuvre. This is because the bulk of the Treasury funds have not been committed to HS2 — although, admittedly, the project has been enshrined in law.

It’s time for Mrs May to take a deep breath, stop throwing good money after bad and prevent an utterly unnecessary civil war in her Cabinet.

During his visit to Washington this week, Foreign Secretary Jeremy Hunt made sure he met Vice President Mike Pence.

And for very good reason. Hunt has calculated that Pence may become president within months, considering Donald Trump’s increasing problems.If Trump decides to quit the White House — or is forced out — Pence would automatically become America’s 46th president. 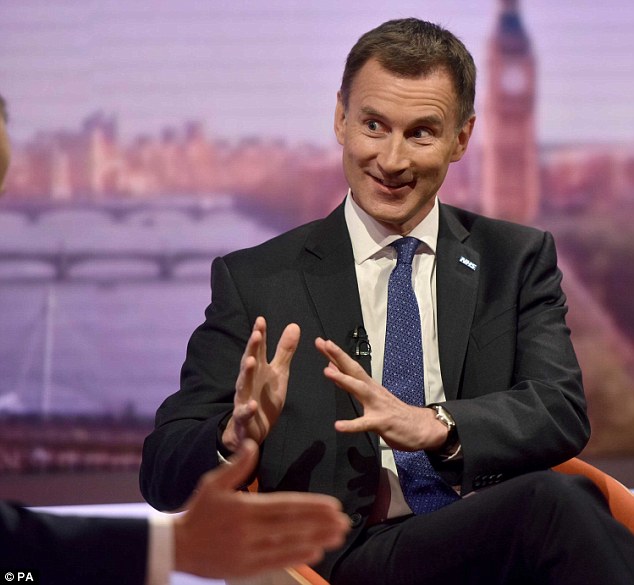 Canny Hunt realises that this might not be good news for Britain.

For all his faults, Trump, whose mother was Scottish, is at heart pro-British. Pence has no such British ancestry.

In future years, we may look back at the good old days of President Trump.

Today marks the first anniversary of the genocide of the Rohingya Muslims of Myanmar (formerly Burma). When they started, the British Government averted its gaze from the rapes, killings and mass deportations.

As more details emerge daily of the horrors, I urge the Foreign Office to support calls for Myanmar’s leader Aung San Suu Kyi and her military chiefs to be referred to the International Criminal Court.