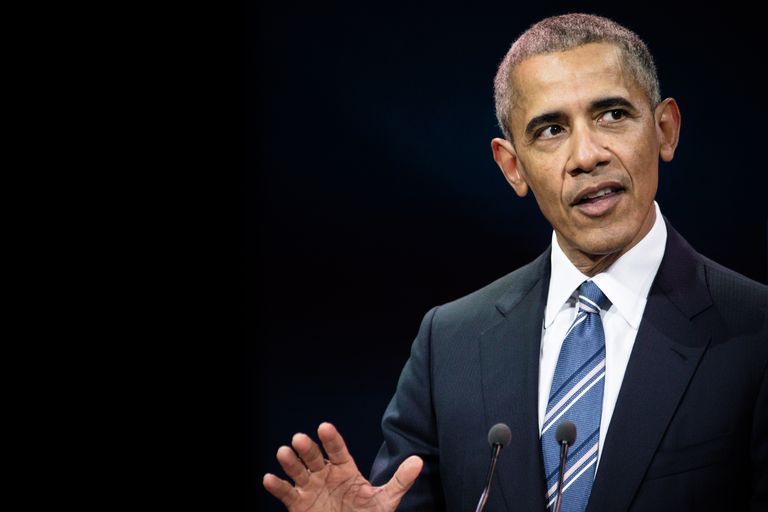 After every living first lady voiced opposition to separating children and families at the border, a former president is now speaking up. President Obama wrote an emotional Facebook post on Wednesday pushing back against the policy.

In the post, Obama noted that it’s World Refugee Day, and highlighted the anguish refugee families must feel to flee their home countries in search of safety. He said the way we treat immigrants reflects upon our country’s values, for better or worse.

“To watch those families broken apart in real time puts to us a very simple question: are we a nation that accepts the cruelty of ripping children from their parents’ arms, or are we a nation that values families, and works to keep them together?” he wrote. “Do we look away, or do we choose to see something of ourselves and our children?”

The Trump administration has tried to shift some of the blame for its zero-tolerance policy—in which all people caught trying to enter the country illegally are prosecuted and, as a result, separated from their children—on to the Obama administration.

On Monday, for instance, Kirstjen Nielsen, the current secretary of homeland security, falsely told reporters that the Obama administration also separated children and families. Although that was untrue, the issue of detaining migrant children and families was a familiar one in the Obama White House. The administration detained families together, sometimes indefinitely, in an attempt to deter more illegal immigration.

That decision was met with intense backlash, from both the public and the court system. One court found the policy in violation of the 1997 Flores settlement, which stopped the federal government from keeping children in detention for more than 20 days, even if they’re with their parents. President Trump is reportedly signing an executive order to get around this 1997 ruling.

“In three years on my watch, we probably deported or returned or repatriated about a million people to enforce border security,” Jeh Johnson, who was homeland security secretary during a 2014 surge of migrants, told MSNBC. “One of the things I could not do is separate a child from his or her mother, or literally pull a mother from his or her arms. I just couldn’t do it.”