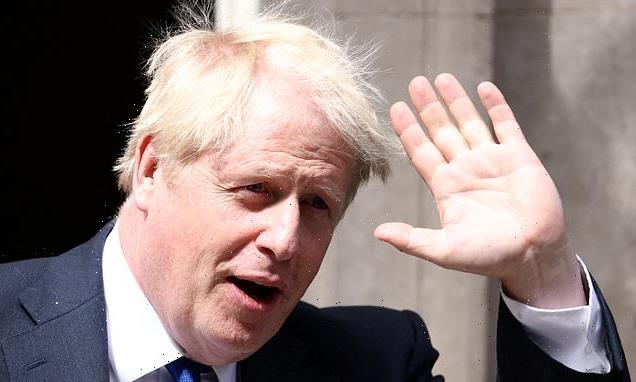 Prime Ministers should be ousted by the people, not a bunch of TV pundits and bureaucrats deranged by Brexit hatred, writes DANIEL JOHNSON

There is nothing less edifying than the spectacle of a Prime Minister, elected by the greatest landslide in a generation, being savaged by those who owe their careers to him.

But the extraordinary deluge of resignations over the past 48 hours are only part of the story.

Indeed, it is perhaps inconceivable that any ministers would have gone in for the kill if the mandarins and certain sections of the media, cheered on by the usual suspects from the sidelines, had not first badly wounded the PM. Because make no mistake, what we are witnessing is nothing less than an attempted coup d’etat by embittered Remainers. 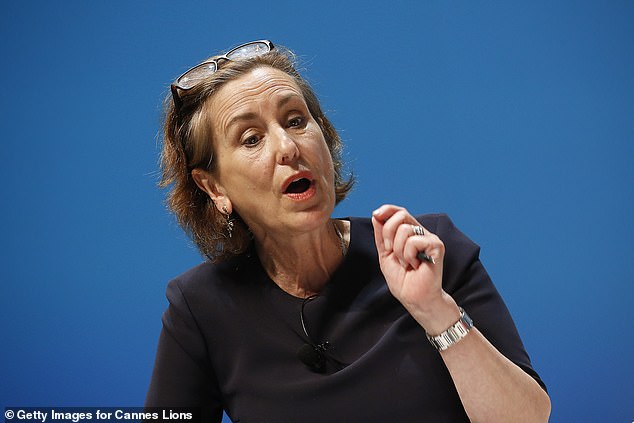 After months of Partygate grumbles, building anti-Brexit hysteria and then the Chris Pincher ‘who knew what when’ affair, the first heavyweight blow came from the slavishly-Europhile civil service: that early morning missive on Tuesday from Lord McDonald, former Permanent Secretary at the Foreign Office.

According to this one-time Whitehall panjandrum — a man never shy about letting his opposition to Brexit be known — Boris Johnson had been briefed in 2019 about the allegations of inappropriate behaviour of Pincher, then a minister at the Foreign Office.

Lord McDonald, supposedly a crossbench (non-partisan) peer, appeared to have deliberately timed his letter to do maximum damage to his former boss.

Could his motivation have anything to do with the fact that, as Foreign Secretary, Boris reportedly held the career diplomat responsible for hostile leaks against him? Certainly, a senior civil servant was said to be the most likely source of malicious stories about Boris’s alleged ‘laziness’ and after Johnson became Prime Minister, McDonald lost his job.

His apparent bid this week to exact revenge came after months of similar machinations by other senior mandarins — who head up ‘the blob’ as the civil service is known — over Partygate.

Story after story has appeared in what I call the ‘Remainstream’ media about alleged breaches of the Ministerial Code — a document, by the way, of no constitutional merit that has been elevated to almost mystical status by the civil servants who wrote and police it. 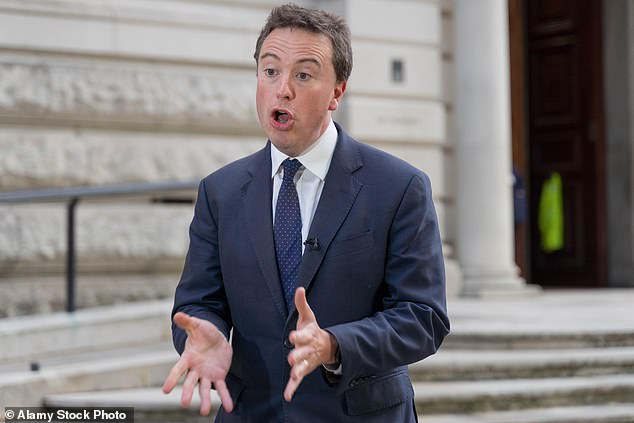 Sue Gray, Second Permanent Secretary in the Cabinet Office, sat in judgment over the politicians who are nominally her superiors. When it finally appeared, her report turned out to be a damp squib. But the damage had been done.

And amid all this mess, we seem to have forgotten that enacting the policies of and supporting the elected government is supposed to be the central tenet of the civil service. To many, all it has done is its level best to derail Boris Johnson’s premiership.

As for the BBC, which is obliged by its charter to be impartial: it has, in recent months, abandoned even the pretence of balanced coverage. On Tuesday evening, the BBC’s flagship current affairs programme Newsnight hosted any number of critics of the Government — and not a single contributor defending it.

‘We have tried hard, but sadly in vain, to tempt any supporters of the Government onto the programme,’ presenter Kirsty Wark said. Oh really?

Instead, Wark introduced Lord Heseltine, notorious for initiating the downfall of Margaret Thatcher and a fervent Remainer to boot. The old Tory traitor gave the game away by connecting Boris, the Pincher affair, Partygate and, you guessed it, Brexit.

‘I don’t think there is any recovery for Boris Johnson… and it started with the Brexit campaign, which was a pack of lies,’ pronounced Hezza — who has repeated his mantra this week: ‘If Boris goes, Brexit goes.’

This is the agenda of those whose aim is to destroy the man credited with delivering the Brexit vote in the 2016 EU Referendum and then a landslide General Election victory in 2019 on a promise to ‘get Brexit done’. And the BBC appear only too happy to help.

On Radio 4’s Today Programme yesterday, Tory MP Maria Caulfield revealed she was texted by a BBC Today staffer preparing for the broadcast with the following outrageous suggestion: ‘If you are planning on resigning we would be very keen to get an interview with you — a resignation live on air would be even better.’

Such an attempt to instigate a live stunt on air goes far beyond the Corporation’s familiar Left-wing and Remoaner bias. It is, arguably, a blatant attempt to manipulate the political process.

This media bias against Boris Johnson and Brexit is not limited to the BBC. We are all familiar with Sky News’ Political Editor Beth Rigby and her hostile hectoring of the PM at Press conferences and in interviews. Now, her colleague Sam Coates, Sky’s Deputy Political Editor, is following suit, standing outside No 10 and yelling insults at ministers.

‘Are we going to have unfunded tax cuts? Are you going to spray public money around to save Boris Johnson’s skin?’

Again, a disgraceful display of political bias by another supposedly impartial broadcaster. 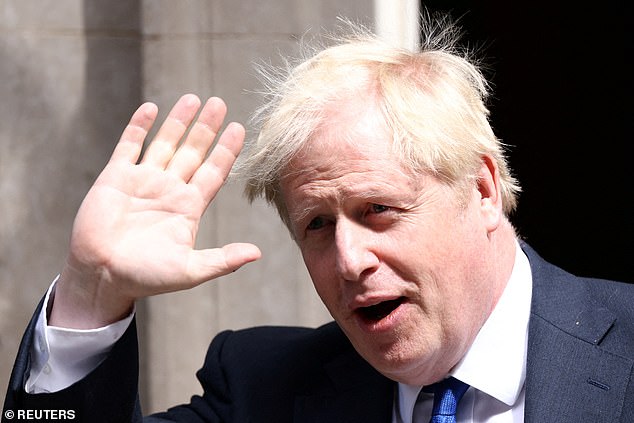 Boris Johnson is not without his flaws, personally and professionally. I understand that his behaviour, bluster and relationship with the truth have, on occasion, been questionable

But it seems that no longer matters. For the Remainstream media, the Remainiac blob and the Remoaner Tory rebels and usual suspects, no longer content with plotting, have now seemingly lost their heads and are engineering a full-scale putsch against an elected prime minister. Their conduct is not merely undemocratic, but positively sinister.

Of course Boris Johnson is not without his flaws, personally and professionally. I understand that his behaviour, bluster and relationship with the truth have, on occasion, been questionable. But in my view the Pincher affair, just like Partygate, is of little importance to ordinary voters.

My bet would be that not one in a hundred people could explain exactly why the PM is now hanging by a thread.

And, contrary to what his critics would have you believe, on the world stage, where Boris has played a blinder with his support for Ukraine, I believe his resignation would embarrass Britain.

Does it make sense to throw our captain overboard in the middle of the biggest European conflict since the Second World War and a global cost of living crisis?

Conservative MPs should consider, too, how they look to the country in moving against the PM now. Just a few weeks ago, a clear majority of them expressed confidence in Boris Johnson as the best man for the job. What does that say about their integrity?

Ultimately, prime ministers should only resign on big issues.

Theresa May lost control of her party and couldn’t deliver Brexit. David Cameron lost the referendum on Europe. Everyone understood why they had to go.

Is Boris Johnson to be forced out because he forgot about an obscure MP’s alleged impropriety and some un-eaten birthday cake in Tupperware? What a terrible precedent for our political system that would be.

Few voters would understand why their overwhelming verdict at the ballot box, just two and a half years ago, is now suddenly to be ‘cancelled’ for such comparatively trivial reasons.

And perhaps worse still, just as with Mrs Thatcher, the fall of Johnson could damage and divide the Tory party for a generation.

Prime ministers can and should be ousted by the people — not by a bunch of bureaucrats and broadcasters.

Boris is refusing to go, not because he loves power, but because he has yet to complete the job he was elected to do.

And he may be wounded, but he still has the capability and charisma to win the match.