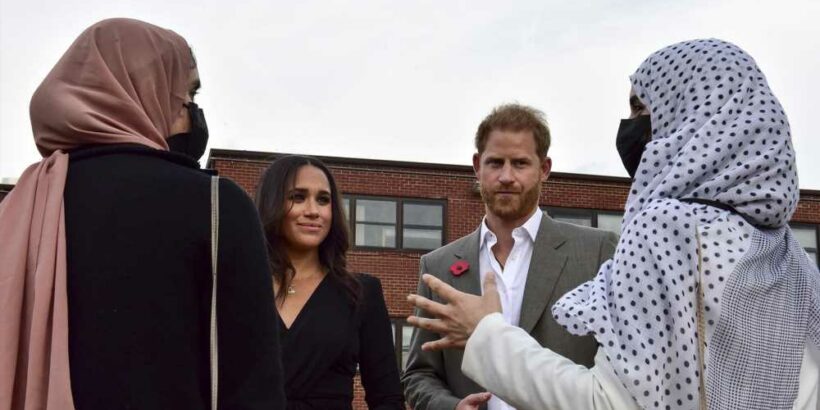 Prince Harry and Meghan Markle made time for Afghan refugee children during their Veterans Day visit to New Jersey on Thursday.

The Duke and Duchess of Sussex specifically asked to spend time with the school-age kids who are part of the over 10,000 Afghan refugees — known as “guests” — living at Task Force Liberty at Joint Base McGuire-Dix-Lakehurst. 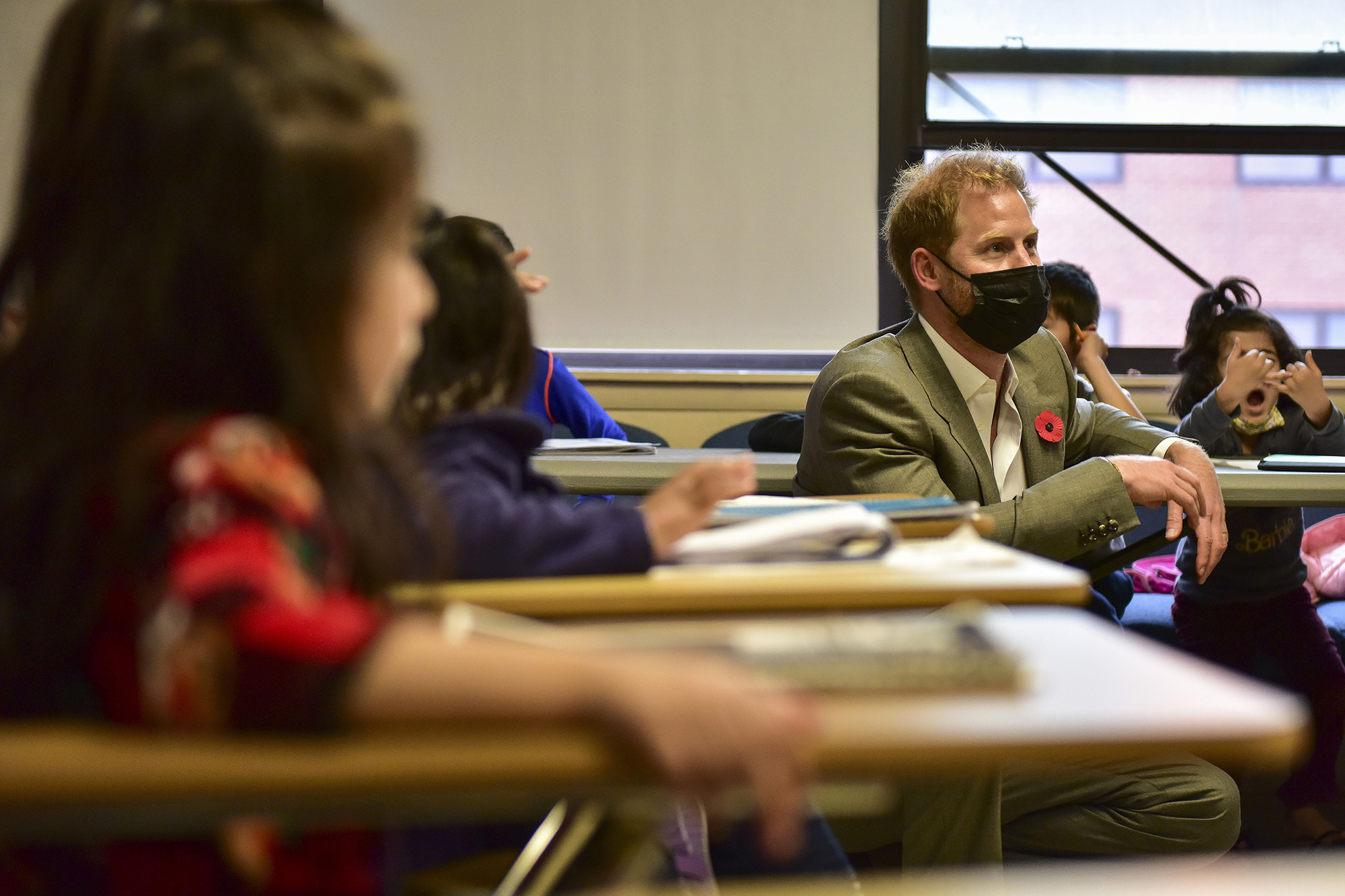 Prince Harry, 37, and Markle, 40, popped into classrooms to singalong to “Head, Shoulders, Knees and Toes” which is one of the songs the children are using to learn English. The couple shared that the song was one of their 2-year-old son, Archie’s, favorites as well.

Markle also helped the children work on learning their colors by holding up different colored markers and having them yell out the name. 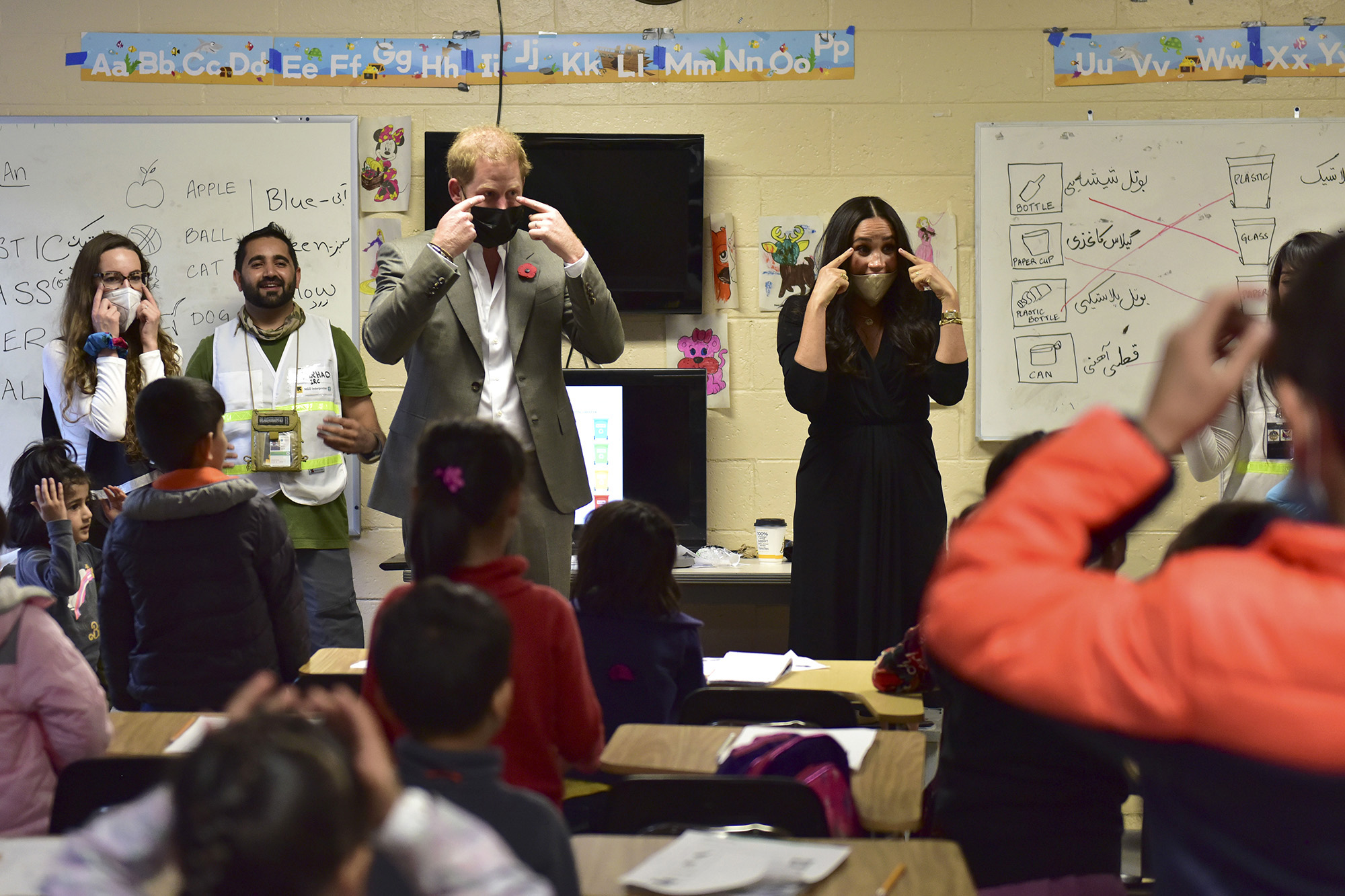 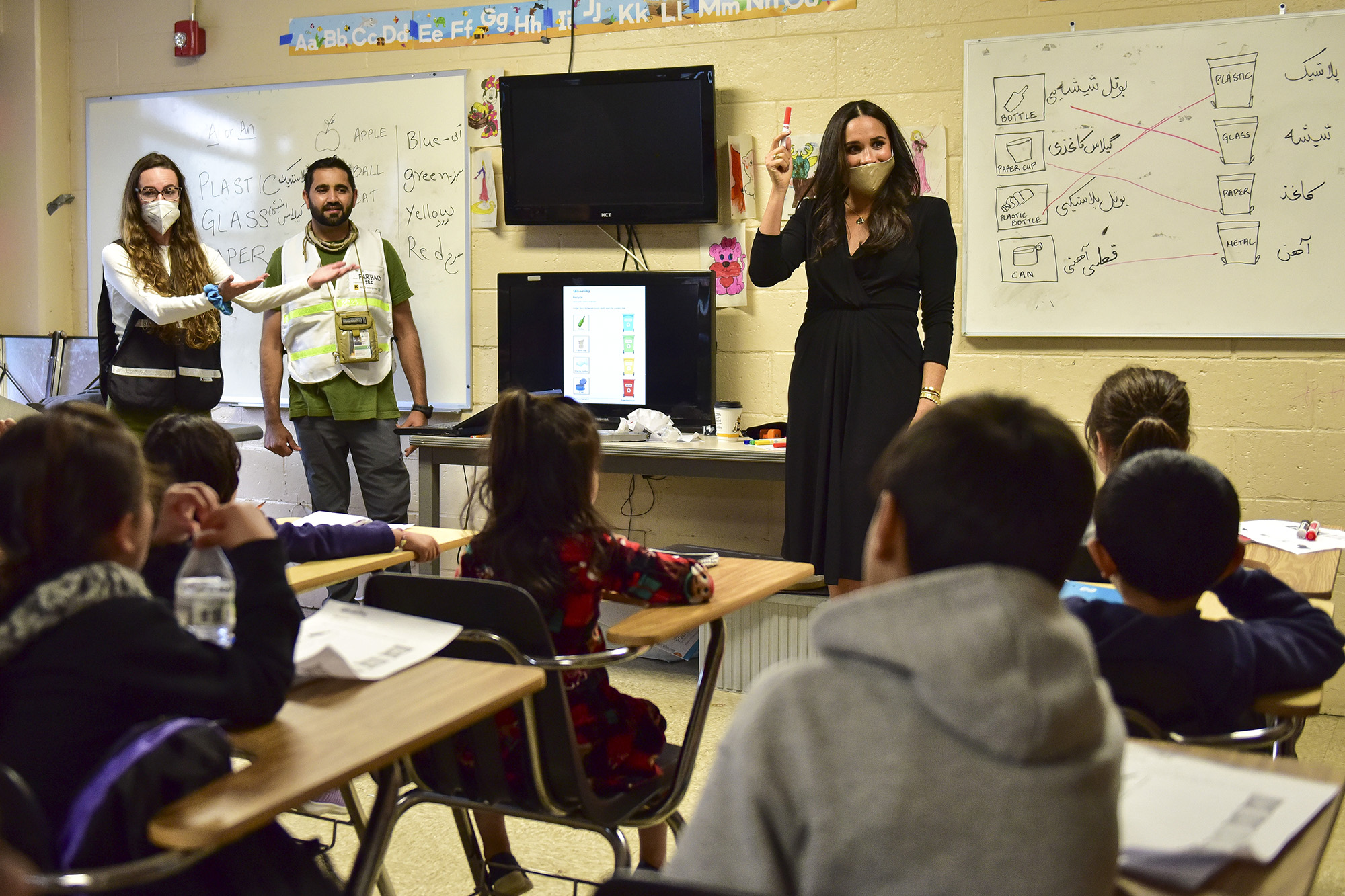 Both royals also spent time chatting one-on-one with the Afghan children who were eager to practice using their conversational English, with simple phrases like such as, “Nice to meet you.”

The Duke and Duchess used common phrases from the Dari language, one of two most commonly used in Afghanistan, with children and adult guests alike. 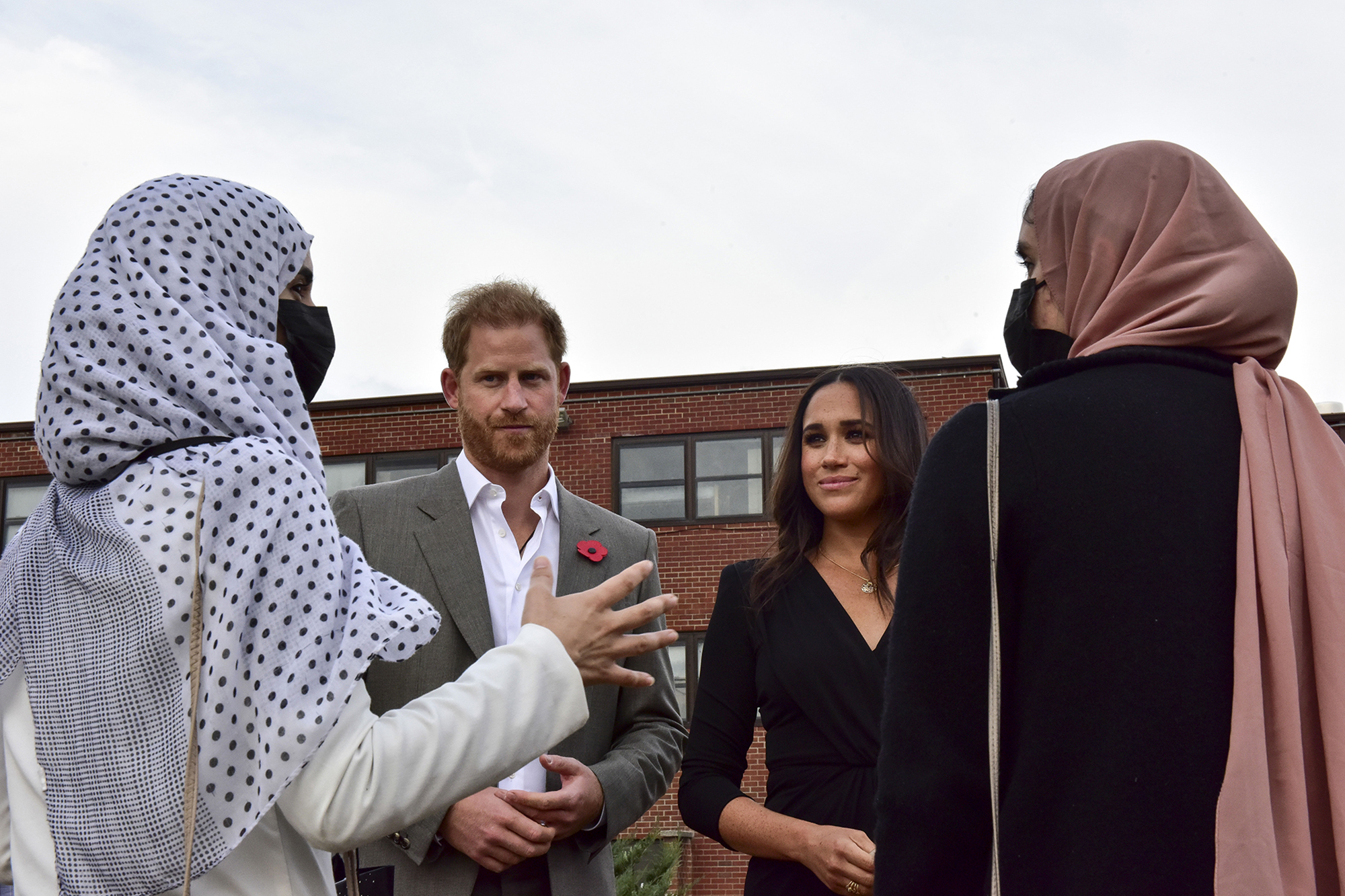 The night before their visit to Jersey, the couple was dressed to impress for the Salute to Freedom Gala held at the Intrepid Museum in New York City on Wednesday evening. During the event, Harry presented the 2021 Valor Awards to five US service members.

Markle looked stunning in a low-cut red ball gown which she accessorized with a bracelet from her late mother-in-law Princess Diana’s jewelry collection.

The jewelry choice was an interesting one since just days earlier Page Six exclusively reported that several insiders were upset with the couple for sticking with their Netflix deal, despite Diana’s longtime friend and confidant, Jemima Khan, blasting “The Crown” for not handling her story “as respectfully or compassionately” as she had hoped.