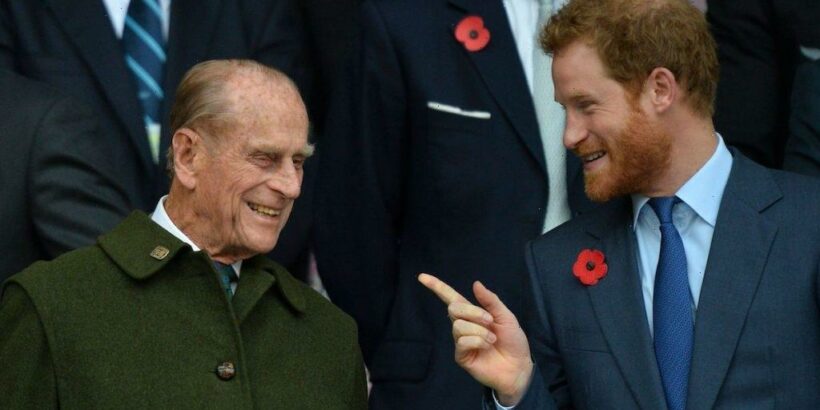 Prince Philip had died at age 99, just a few months shy of his 100th birthday. Many family members and fans are paying tribute to the longest reigning consort. Prince Harry, who has returned to the U.K. from his new home in California to attend his grandfather’s funeral, has had his own touching tribute to the Duke of Edinburgh.

Now, Chris Jackson, a long-time royal photographer, has shared a vintage photograph of the late prince and contrasted it with a recent photo of Prince Harry. Royal fans will be stunned to see just how much the two men look alike.

How did Prince Philip feel about Megxit?

Known for saying exactly what was on his mind, Prince Philip remained close with Prince Harry and Meghan, Duchess of Sussex until the end. Royal correspondent Duncan Larcombe told Harper’s Bazaar,

However, Prince Philip disagreed with Megxit. “Prince Philip has found it hard to understand exactly what it was that made his grandson’s life so unbearable,” royal biographer Ingrid Seward wrote in her book Prince Philip Revealed. “As far as Philip was concerned, Harry and Meghan had everything going for them: a beautiful home, a healthy son, and a unique opportunity to make a global impact with their charity work.”

For the first time since March 2020, Prince Harry has arrived in London. In a recent Late Late Show with James Cordon episode, the prince spoke about keeping in touch with his grandparents despite Megxit and the coronavirus (COVID-19) pandemic.

He quipped that Prince Philip never knew how to hang up a video call. Instead, he would simply slam his laptop shut. Now, Prince Harry has paid tribute to his late grandfather on his Archwell Foundation website. He wrote,

He will be remembered as the longest-reigning consort to the Monarch, a decorated serviceman, a Prince, and a Duke. But to me, like many of you who have lost a loved one or grandparent over the pain of this past year, he was my grandpa: master of the barbecue, legend of banter, and cheeky right ‘til the end.

Despite any difference they may have had, it’s clear that Prince Harry and Prince Philip remained close to the very end. Now, longtime royal photographer Chris Jackson has shared a photo of Prince Philip from 1957, that looks exactly like Prince Harry today.

“I spotted this beautiful 1957 vintage cover of a @parismatch_magazine whilst visiting our wedding venue in France a couple of years ago – Who does it remind you of!?,” Jackson asked on Instagram.

Jackson also included a photo of Prince Harry from his royal tour of Australia, New Zealand, Fiji, and Tonga in the Autumn of 2018 with Meghan, Duchess of Sussex. From the red beards to the white uniforms the men look exactly the same. Now we know where all that red hair comes from.