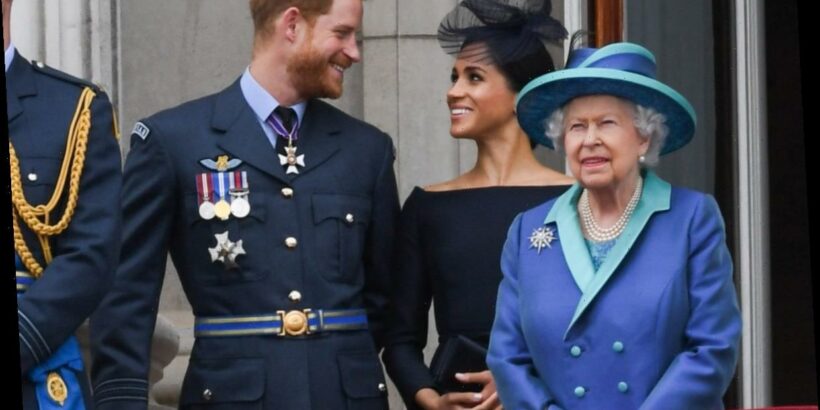 Prince Harry isn’t a fan of the queen’s advisors, believing they sometimes provide her with “really bad” advice. CBS This Morning released additional clips from Prince Harry and Meghan’s interview with Oprah Winfrey, including one in which Harry shared how Queen Elizabeth snubbed them because she was clearly listening to her advisors.

After Prince Harry and Meghan announced their plans to exit the royal family in 2020, Queen Elizabeth, who supported their move, extended an invitation for them to join her for dinner.

Prince Harry explained that they would be returning to the UK from Canada and she invited them to visit her at Sandringham. “My grandmother had said ‘the moment you land, come up to Sandringham, we’d love to have a chat, come for tea, why don’t you stay for dinner because it’s going to be a long drive and you’re going to be exhausted?,’” he told Oprah in the CBS This Morning video.

That invitation was abruptly canceled, however, when Prince Harry got word from the queen’s private secretary that she was busy — for the entire week.

He explained that the message was “basically saying ‘Please pass on to the Duke and Duchess of Sussex that he cannot come to Norfolk. The queen is busy, she’s busy all week.’”

Prince Harry said he was a bit thrown that the queen was suddenly busy as she “had just invited me.”

Prince Harry contacted the queen about her invitation to confirm whether she was available and she told him that there was an unexpected event in her calendar.

When he asked her about the rest of the week, she told him, “Well that’s busy now as well.”

“I didn’t want to push because I kind of knew what was going on.,” he explained.

That prompted Oprah to wonder if, since she’s the queen, doesn’t she have control of her schedule? Prince Harry explained that the queen listens to the advisors around her.

The advice, in his opinion, isn’t always the best. “No, when you’re head of the firm, there are people around you that give you advice,” he explained. “And what has also made me really sad is that some of that advice has been really bad.”

During the interview, Oprah asked if the couple blindsided the queen with their decision to step back from their royal duties.

“No, I never blindsided my grandmother,” Prince Harry said. “I have too much respect for her.”

Oprah delved into Prince Harry’s relationship with various members of the royal family and he shared that he and the queen have remained close. “I’ve spoken more to my grandmother in the last year than I have done for many, many years,” he said.

“My grandmother and I have a really good relationship,” Prince Harry added. “And an understanding and I have a deep respect for her. She’s my commander-in-chief, right? She always will be.”

On March 9, Queen Elizabeth issued a statement in response to the claims Prince Harry and Meghan made during their Oprah interview. “The whole family is saddened to learn the full extent of how challenging the last few years have been for Harry and Meghan,” the queen noted.

“The issues raised, particularly that of race, are concerning. While some recollections may vary, they are taken very seriously and will be addressed by the family privately,” she added. “Harry, Meghan and Archie will always be much loved family members.”