Prince Harry’s godmother Lady Celia Vestey has died at the age of 71.

Lady Vestey was the wife of courtier Sam Vestey, the 3rd Baron, former Master of the Horse to the Queen.

She was a close friend of the Queen, 94, and Prince Charles, 72, and was part of their ‘racing circle’.

Adored wife of Sam. Much loved mother of William, Arthur and Mary and loving Granny of Ella, Frankie, Sam and Cosima.’ 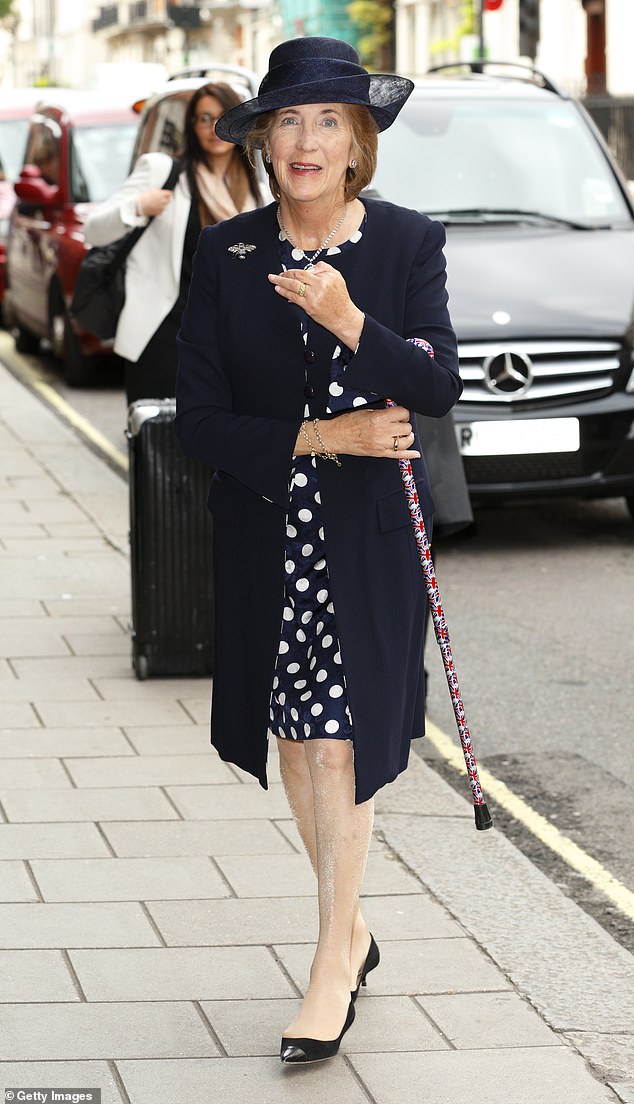 Prince Harry’s godmother Lady Celia Vestey has died at the age of 71. Pictured, arriving at Claridges Hotel to attend the wedding reception for Alexander Fellowes and Alexandra Finlay following their wedding ceremony at the Chapel of St Mary Undercroft in the Palace of Westminster on September 20, 2013 in London 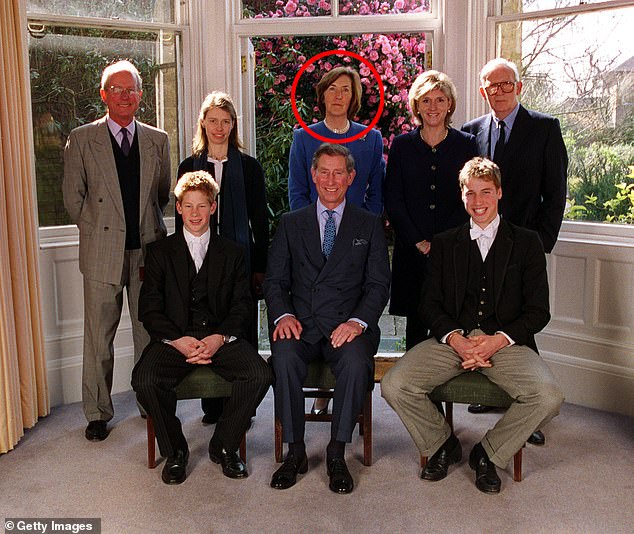 Lady Vestey was a close friend of the Queen and Prince Charles and was a member of their ‘racing circle.’ Pictured, from left to right (back row) Bryan Organ, Lady Sarah Chatto, Lady Vestey, Mrs Bartholomew and Gerald Ward, (front row) Prince Harry, The Prince of Wales and Prince William, pose for a photograph at the confirmation of Prince Harry at Eton College on March 19, 2000

In 1981, she tied the knot with Lord Samuel Vestey, who was the Royal Household’s Master of the Horse from 1999 to 2018 – before being appointed as a permanent Lord-in-waiting to Her Majesty in August 2019.

The couple had three children together – The Hon. William Guy Vestey, The Hon. Arthur George Vestey and The Hon. Mary Henrietta Vestey. 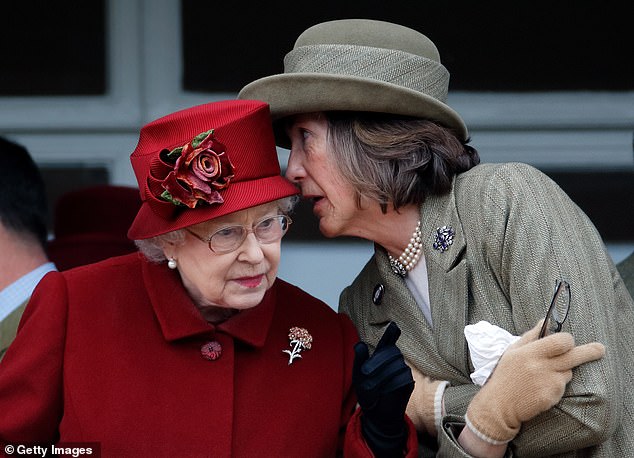 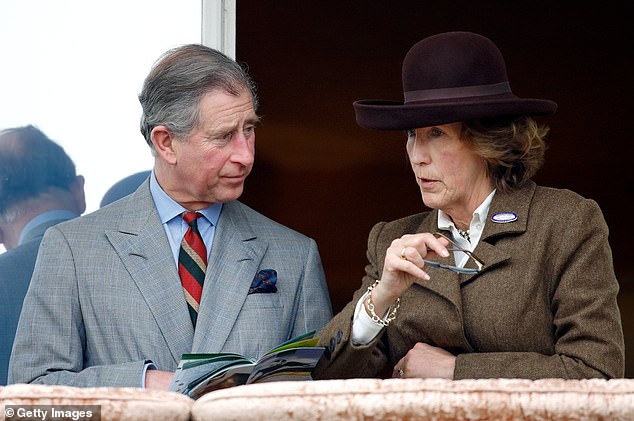 Prince Charles, Prince of Wales and Lady Celia Vestey watch the racing as they attend day 4 ‘Gold Cup Day’ of the Cheltenham Festival at Cheltenham Racecourse on March 17, 2006 in Cheltenham

Her oldest son, William, was one of the Queen’s Page of Honours for three years, until he turned 15.

Lady Celia attended the wedding of Prince Harry and Meghan Markle at St George’s Chapel, Windsor Castle on May 19, 2018 in Windsor.

Among the guests were 2200 members of the public, the royal family and the Duchess of Sussex’s mother, Doria Ragland.

Celia was one of six godparents chosen for the Duke of Sussex by his parents Prince Charles and Princess Diana for his baptism in 1984. 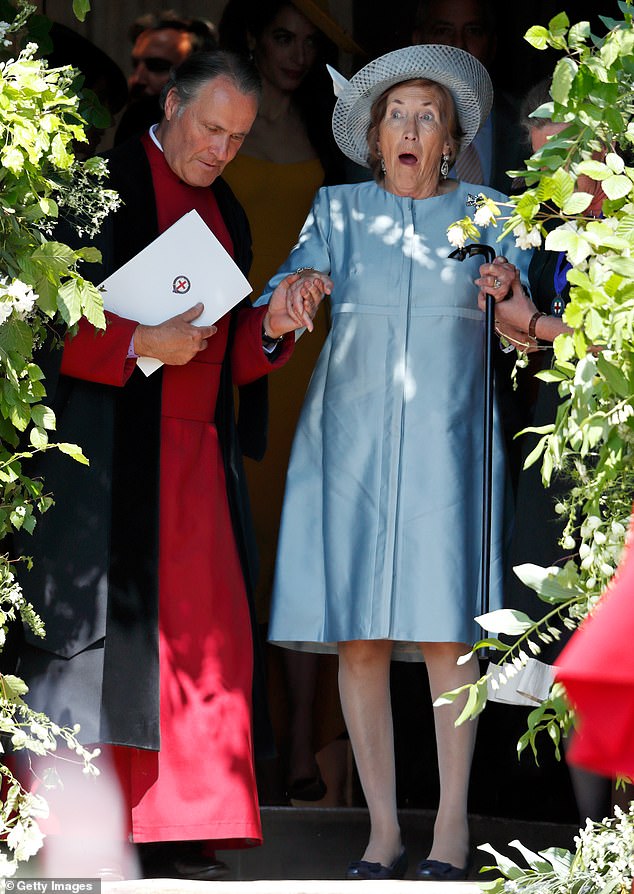 Lady Celia Vestey attends the wedding of Prince Harry to Ms Meghan Markle at St George’s Chapel, Windsor Castle on May 19, 2018 in Windsor 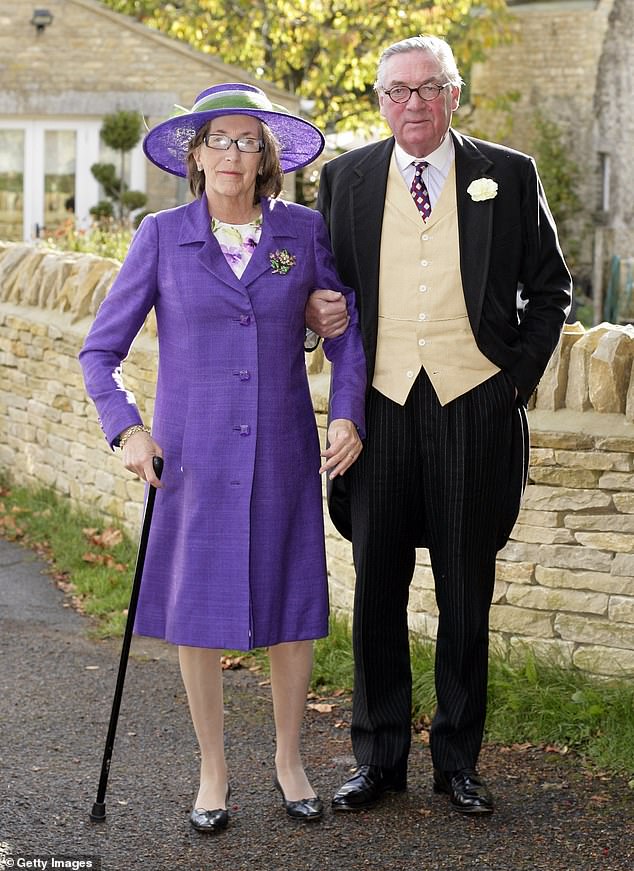 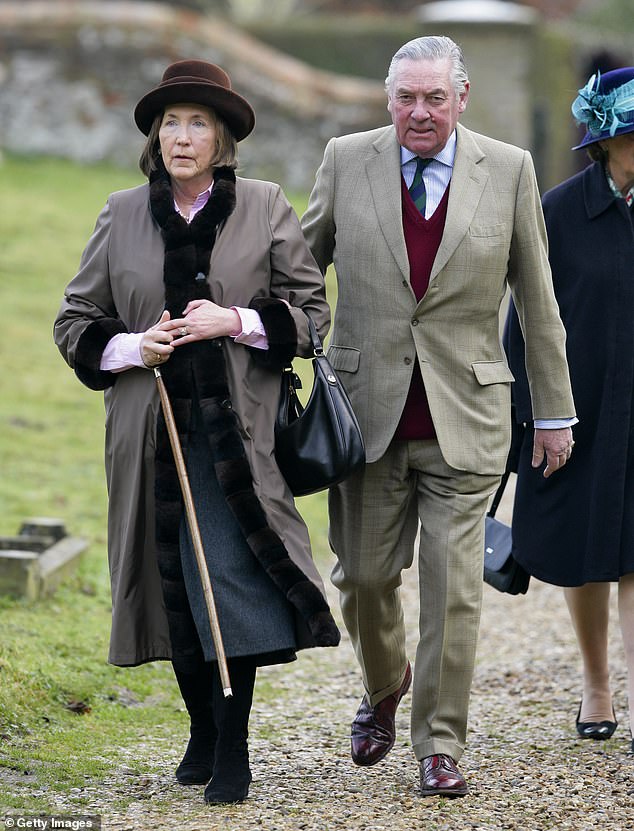 Lady Celia Vestey and Lord Samuel Vestey accompany the Queen and Prince Philip, Duke of Edinburgh as they attend Sunday service at the church of St Mary in Flitcham near the Sandringham Estate on January 15, 2012