Prince Philip, 97, takes the reins on a carriage ride in Windsor Great Park, after missing the Remembrance Day service at the Cenotaph for the first time in two decades

He was absent from the Cenotaph service for the first time in 20 years on Sunday but Prince Philip was back on his horse on Monday.

The Duke of Edinburgh took the reins as he headed out on a buggy ride in Windsor Great Park this morning.

The 97-year-old royal wrapped up against the autumnal chill in a thick coat, gloves and driving cap as he took in the autumnal scenery.

The Queen’s elderly husband was accompanied by two female aides but the experienced carriage enthusiast took the driving seat as steered his buggy through the Berkshire estate. 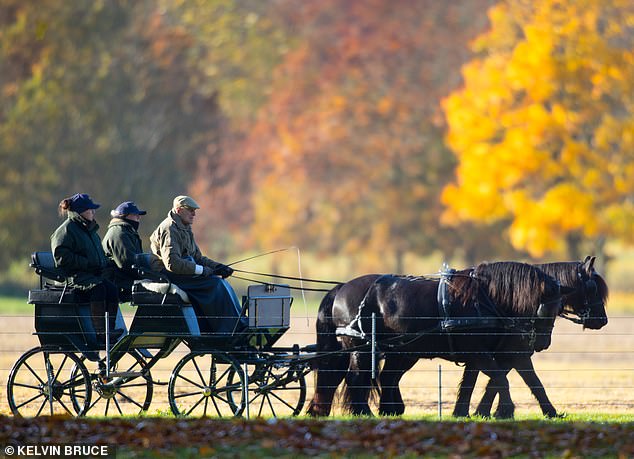 Carriage-driving has been a favourite pasttime of the Duke since he gave up playing polo during the 1970s.

He regularly raced carriages near Norfolk before going on to represent Britain at several world and European championships.

Philip has been able to devote more time to his beloved hobby since retiring from public engagements last autumn.

The nonagenarian conducted his final solo public engagement in August 2017, the last of some 22,219 he attended since the Queen ascended to the throne in 1952. 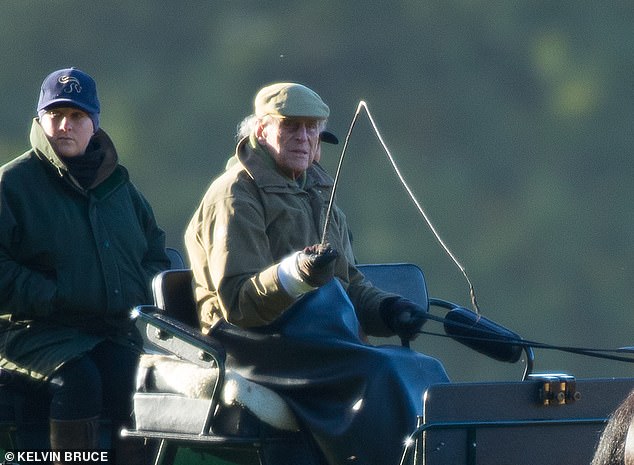 Prince Philip, who is an experienced carriage rider, looked in high spirits as he took the reins on the chill November morning 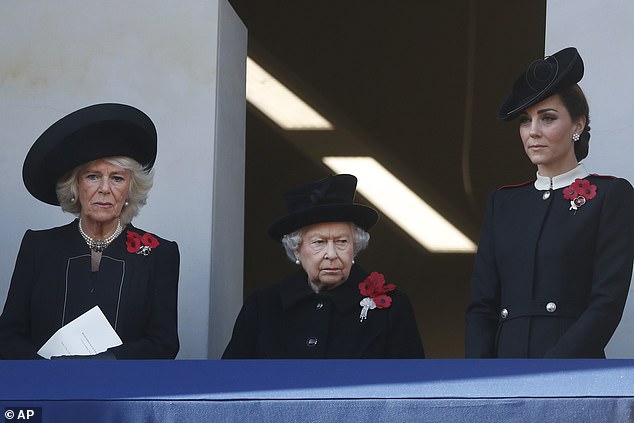 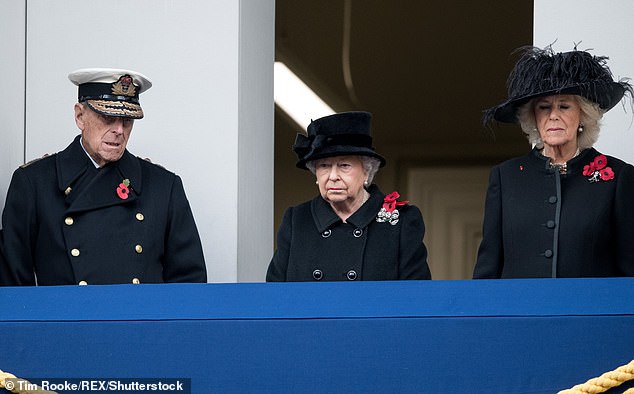 Sunday saw Philip absent from  the Cenotaph service for the first time in 20 years, as the Queen was joined by Kate and Camilla to pay tribute to the country’s war dead on Remembrance Sunday.

And while he had officially retired from royal duties in May 2017 Philip had attended last year’s service in Whitehall.

However, the Duke of Edinburgh was seen on Saturday, on the eve of the armistice, riding his carriage on the grounds of Windsor Castle.

He set off for his customary morning carriage ride despite the cold and rainy weather in Berkshire.

Last year the Queen observed the service from the Foreign and Commonwealth Office balcony alongside her husband Philip, whose wreath was laid by his Equerry.

Prince Philip appeared frail and had trouble standing as he watched the ceremony for the first year since he retired. 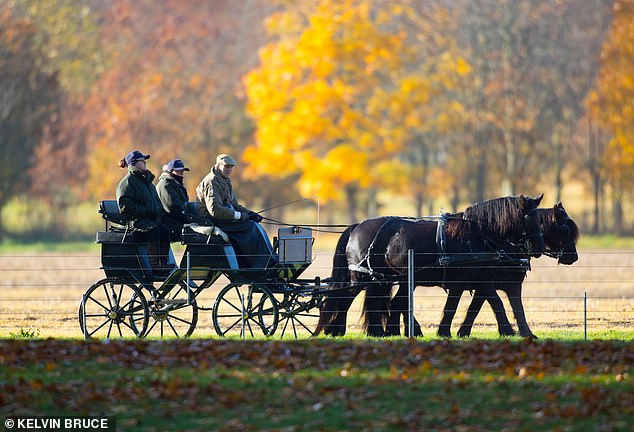 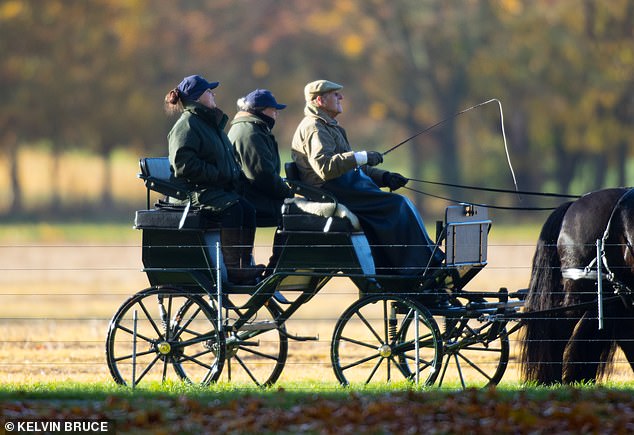 The Queen, 92, asked Prince Charles to once again take on her duties this year as she observed the service alongside the Duchess of Cambridge and the Duchess of Cornwall.

At this year’s Cenotaph, the Prince of Wales led the Royal Family’s tributes to the nation’s war dead this year on the centenary of the Armistice.

The event marks 100 years since the signing of the treaty which ended the battle on the Western Front of the First World War at the 11th hour of the 11th day of the 11th month of 1918. 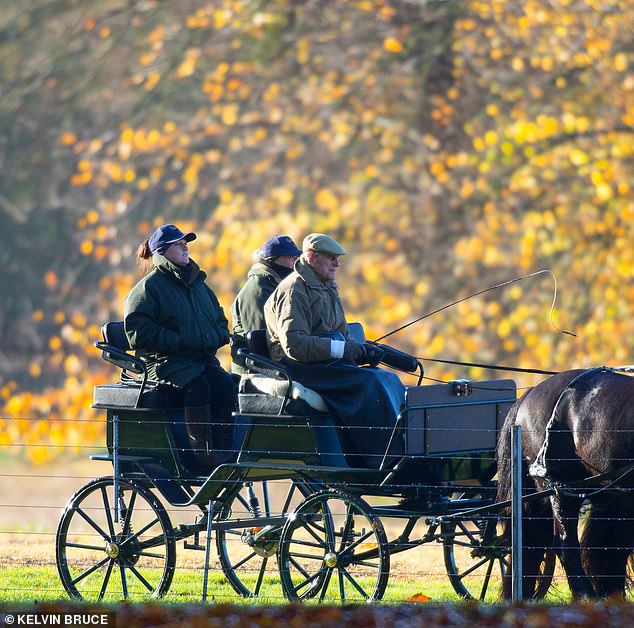 The Duke’s carriage was pulled by two Fell ponies, a favourite breed in the royal family