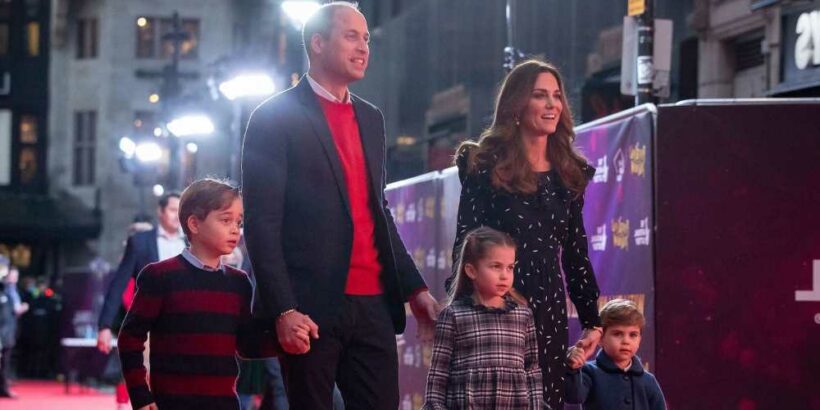 Amid the Russian invasion of several Ukrainian cities, the royal children are curious about the global implications.

“Ours have been coming home asking all about it,” Prince William said of his three children during a joint outing with wife Duchess Kate on Wednesday, March 9. “They are obviously talking about it with their friends at school.”

The 39-year-old Duke of Cambridge — who shares Prince George, 8, Princess Charlotte, 6, and Prince Louis, 3, with Kate — visited London’s Ukrainian Cultural Centre on Wednesday to learn more about the contributions of England residents to support refugees.

William, according to royal reporter Rebecca English, noted that he had to “choose my words carefully to explain what is going on” to break down international relations to the school-aged children.

Prince William and Duchess Kate’s Sweetest Moments With Their Kids

The military veteran and the Duchess of Cambridge, 40, met with organization volunteers and Ukrainians during their Wednesday outing, where they learned more about how the Ukrainian Cultural Centre has provided aid to those in need.

“Over the past two weeks, communities and organizations here in the UK have come together to provide vital support to Ukrainians here in Britain and across Europe,” a post on the pair’s official Instagram account read on Wednesday. “The Ukrainian Cultural Centre in London has become one of many hubs organizing donations, material aid and supporting Ukrainians living locally. The work volunteers here are doing to ensure that help gets to where it is most needed is inspiring.”

The post continued: “So too is the incredible generosity of the British public. The Disasters Emergency Committee has already received over £132 million in donations, and continues to raise funds to support the essential humanitarian effort.”

The twosome — who wed in April 2011 — previously issued a statement days after the Russian invasion began.

“In October 2020 we had the privilege to meet President Zelenskyy and the First Lady to learn of their hope and optimism for Ukraine’s future,” they wrote in a joint Twitter post on February 26. “Today we stand with the President and all of Ukraine’s people as they bravely fight for that future 🇺🇦 W & C.”

William and Kate, who seldom address political issues, released their statement days after his brother, Prince Harry, had expressed his hopes for a peaceful outcome amid the unrest.

“We stand with the people of Ukraine,” the Duke of Sussex 37, and his wife, Meghan Markle, wrote in a joint statement via their Archewell website on February 24. “Prince Harry and Meghan, The Duke and Duchess of Sussex and all of us at Archewell stand with the people of Ukraine against this breach of international and humanitarian law and encourage the global community and its leaders to do the same.”