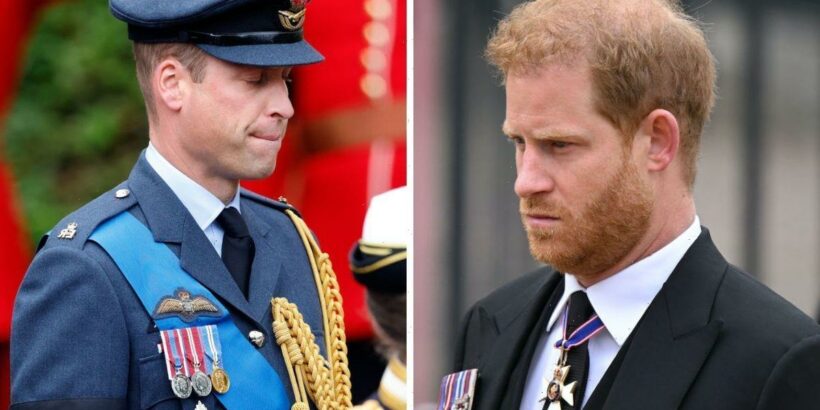 Body language expert Judi James spoke exclusively to Express.co.uk about how the brothers responded to the sombre occasion – and how they interracted with each other, if at all.

Both princes united in their “deep sadness” for the Queen’s passing, however, they appeared to experience this feeling separately, according to Judi.

Prince William was devastated at the loss of the Queen, for himself, his family and for the nation.

However, he did have most of his family around him for some comfort and distraction. 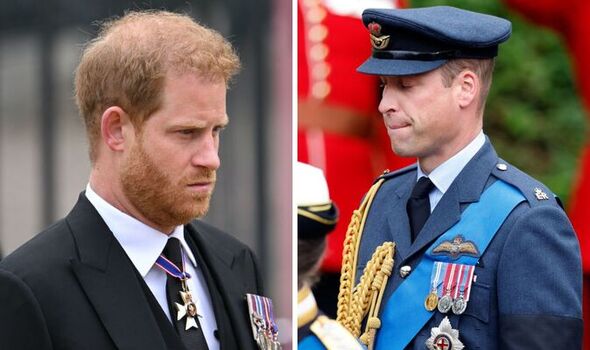 Judi suggested that the Prince’s role at the funeral was double-sided.

She stated: “With his wife Kate and two children alongside him, William’s body language fluctuated from looking isolated in his personal grief for his grandmother during the walk behind the coffin and his role as a protective, reassuring and rather proud father during the service.”

The “saddest” moment for William so far appeared to be as he walked behind the coffin and his brows were pulled into “deep grooves”.

But in addition to his role as a doting grandson, he also had to perform his duties of protective dad to Prince George and Princess Charlotte.

The expert continued: “In the service, he became slightly more distracted by his family and therefore a little more relaxed.”

Prince Harry, on the other hand, did not have this extra task “to distract him”.

This was because, just like Prince Louis, 4, Archie, 3, and Lilibet, 1, were likely too young to attend the service.

Judi stated: “[Harry] rocked on his feet and sucked his lips in, in an expression of deep sadness.” 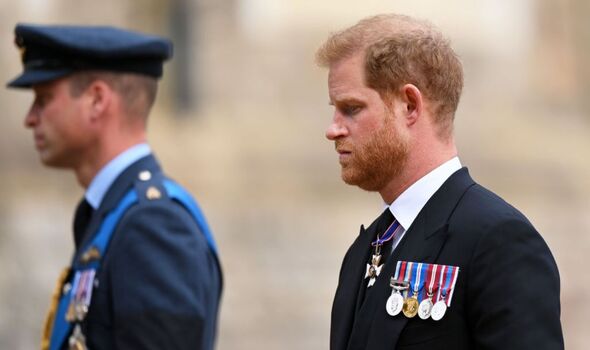 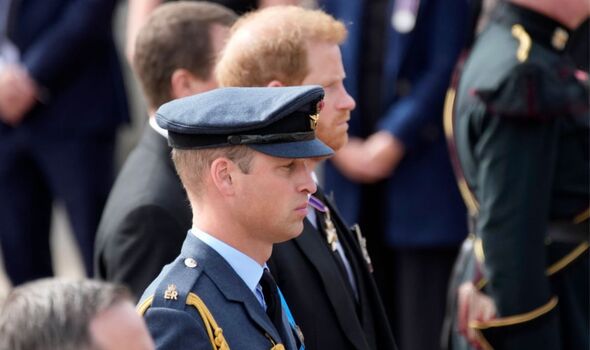 There was one moment between the brothers, although Judi suggested it was more on Harry’s part.

While William was occupied with his children, his younger brother did not have this, and rather “gazed around the Abbey” instead.

She continued: “And then on at least two occasions, he seemed to focus his gaze in William’s direction, staring intently with an expression of continued sadness.”

However, the funeral was not an obvious display of brotherly love and togetherness, suggested Judi. 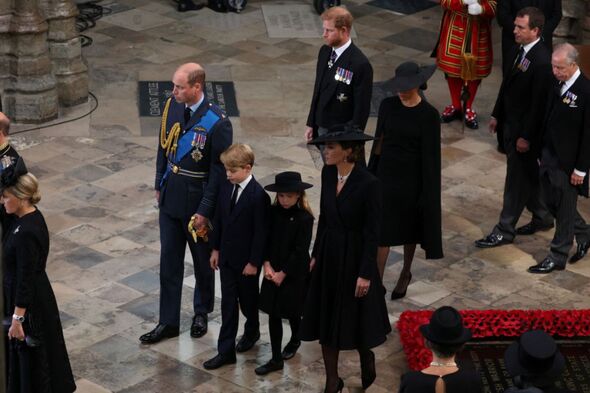 “There was still no other communication between the brothers that was picked up on camera,” she explained.

Of course, the private mourning of the Queen’s immediate family has not been televised.

Judi concluded that when William, Kate and their children stepped out in front of Harry there “were no glances behind”.

“Although standing in front of his beloved grandmother’s coffin as well as standing behind his brother and his family, there was a moment when Harry did look rather overcome by his emotions.”