Prince William shares a smile with his £23,000-a-year housekeeper while awarding her with the Royal Victorian Medal at Buckingham Palace

Prince William shared a smile with his elated housekeeper of six years after he awarded her with an honour at Buckingham Palace yesterday.

Antonella Fresolone, 48, who is originally from Italy, has managed the domestic affairs at the home of Duke and Duchess of Cambridge, both 37, for six years.

She joined the household shortly before Prince George’s birth, and even travelled with the couple from their home in Anglesey, before taking on Amner Hall in Norfolk and Apartment 1A in Kensington Palace.

In photographs of the investiture ceremony, Antonella could be seen beaming up at Prince William after he awarded her the Royal Victorian Medal in the palace’s ballroom yesterday. 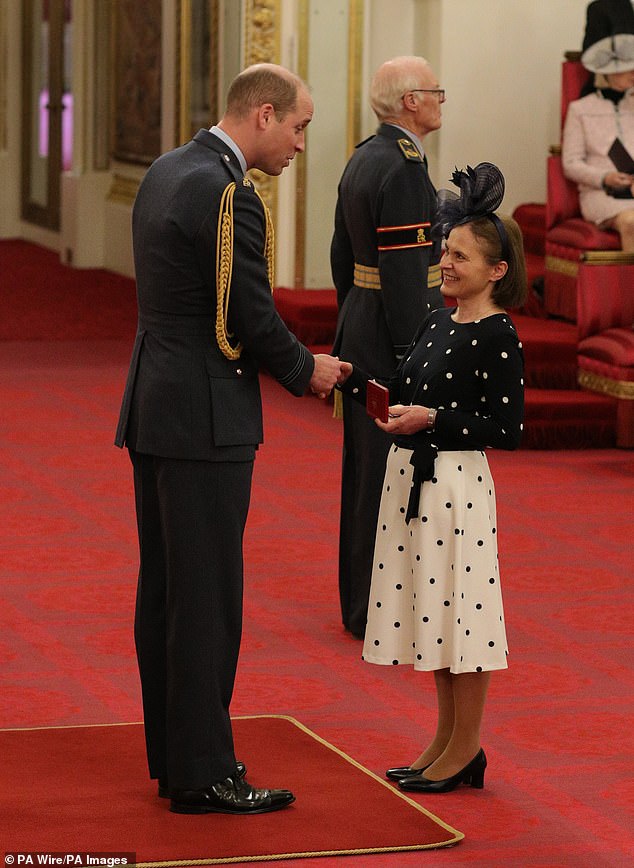 Housekeeper Antonella Fresolone, 48, who is originally from Italy, beamed up at Prince William, 37, after she awarded the Royal Victorian Order yesterday

Antonella appeared overjoyed to receive the Royal Victorian Order yesterday, and appeared to share a few words with the royal during the ceremony.

The housekeeper dressed in a smart monochrome polka dot ensemble for the occasion, and finished her outfit with an elegant black fascinator.

Before joining Kate and William’s staff, Antonella worked as one of the Queen’s most senior housemaids and spent 13 years at Buckingham Palace.

She began working with the Duke and Duchess in May 2013, just two months before the birth of Prince George. 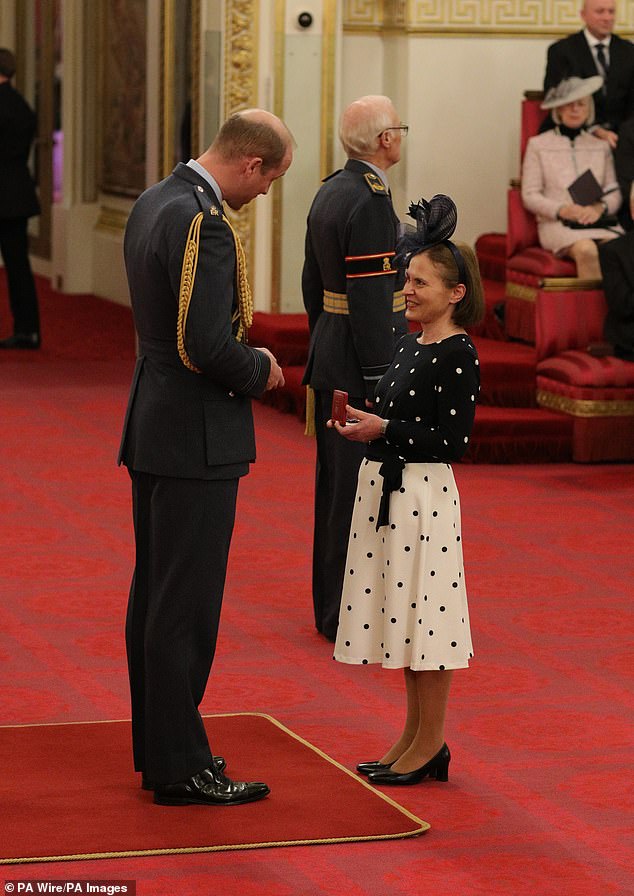 The housekeeper appeared overjoyed to receive the award from the Duke of Cambridge, for whom she has worked for six years

The £23,000-a-year position comes with a staff apartment at the palace and Antonella, with her strong work ethic, was considered a ‘shoo-in’ for the post at the time.

In the past it has been said that she keeps both of The Cambridge’s residences, Anmer Hall in Norfolk and Apartment 1A in Kensington Palace, ‘gleaming, with cushions plumped and candles lit, like a five-star hotel’.

Not only does she oversee the running and cleaning of the properties, but she loves serving up steaming pasta dishes from her native Italy to the family.

She is famed for her strong work ethic and industrious ways, as well as her dedication to the family. 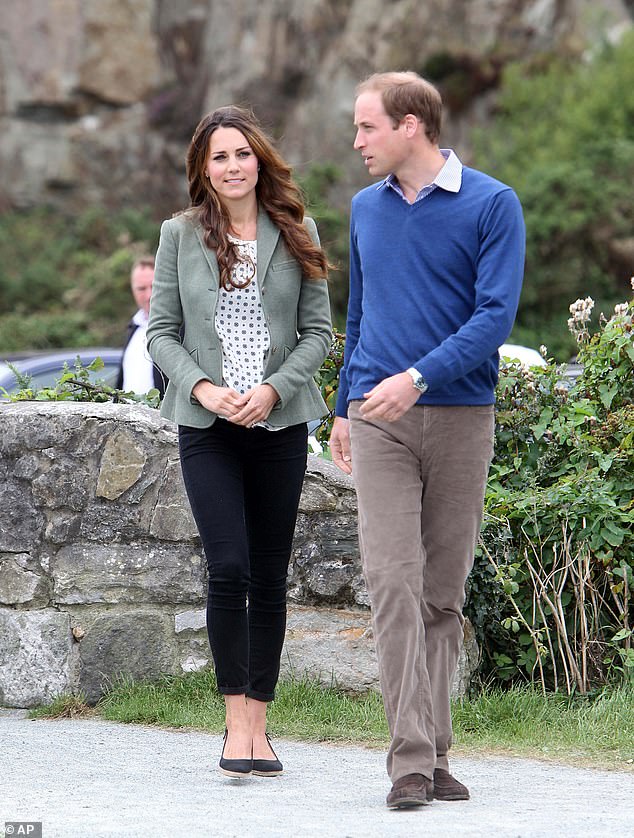 Antonella began working with Prince William and Kate Middleton in May 2013, months before they welcomed Prince George 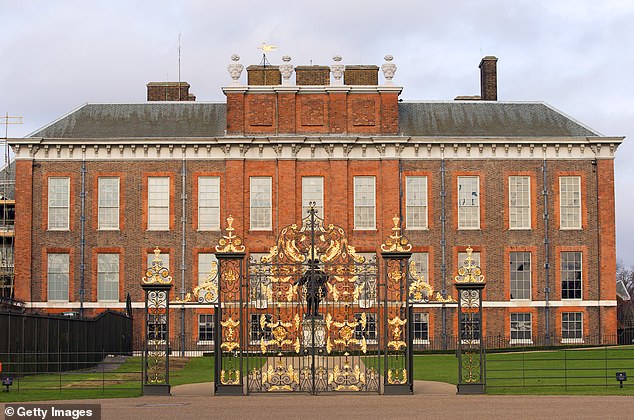 It has also been said she often presents gifts to Prince George, 6, Princess Charlotte, 4, and Prince Louis, 1, on their birthdays.

First established by Queen Victoria in 1896, the Royal Victorian Order is chosen at the Queen’s discretion, and is often awarded to those who have served the monarch or the royal family with dedication.

The medal has three levels: bronze, silver and gold, with Antonella made an honorary silver medallist yesterday.