In case you didn’t know, the British royals are making it their mission to have more open discussions about mental health with their Heads Together initiative. Now, Prince William is opening up about his own mental health during the launch of the latest Heads Together project, Mental Health at Work, according to Cosmopolitan. And the Duke of Cambridge got very real about how his time in the Royal Air Force affected his personal life.

William gave a speech at the event, which took place on Sept. 11, where he explained that there needs to be an increased amount of support for mental health in the workplace. According to a transcript on the royal family’s website, he said,

Luckily, he said that during his time with the Royal Air Force, he did feel as though the organization took the mental health of the staff seriously. However, the Duke also said that he still struggled with his own issues while he was a rescue pilot. According to People, William said, "I took a lot home without realizing it. You see [so] many sad things every day that you think life is like that."

He continued to say, "You’re always dealing with despair and sadness and injury. The attrition builds up and you never really have the opportunity to offload anything if you’re not careful." It’s inspiring to hear William open up about his own mental health in such a personal way here. And it’s also amazing to see the royal, along with the Heads Together foundation, advocate so strongly for such a beneficial project, since it is obviously so important. 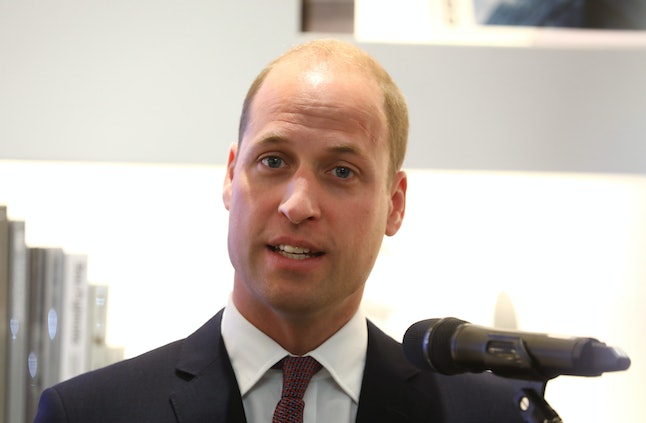 This isn’t the first time that the prince has opened up about his own mental health, though. Ever since he launched the Heads Together campaign in 2016, along with his wife, Catherine, the Duchess of Cambridge, and his brother, Prince Harry, they have all been more vocal about their own struggles. During the 2017 launch of their #OkToSay initiative, the three royals sat down to have a discussion about mental health. In the video, they discussed a myriad of topics ranging from parenthood to the death of Princess Diana, which, understandably, affected the princes deeply.

"We have been brought closer because of the circumstances," William explained to his wife, and continued, "You are uniquely bonded because of what we’ve been through, but even Harry and I, over the years, have not talked enough about our mother." Harry agreed with his brother and said, "Never enough." But they’ve since spoken openly about these exact topics, which they said has helped them immensely.

They hope that others will begin to do the same. So along with Heads Together, they’ve made it their mission to encourage those everywhere that it’s alright to reach out to someone in order to chat about what’s on their mind. Their foundation has, of course, encouraged those everywhere to speak openly about their mental health.

And with William’s recent speech at the Mental Health at Work event, and his previous comments on the matter, the royal has been one of the best possible role models for the organization by speaking openly and honestly about his own mental health.