Prince Harry and Prince William joined forces on Thursday to remember their mother, Princess Diana, on what would’ve been her 60th birthday.

Together, the brothers unveiled a highly anticipated and long-awaited statue by sculptor Ian Rank-Broadly, which will rest permanently in Kensington Palace’s Sunken Garden, a favored place of the late Princess of Wales.

The intimate audience at the event included Diana’s brother, Charles Spencer, and her two sisters, Lady Sarah McCorquodale and Lady Jane Fellowes. Rank-Broadly and Pip Morrison, who oversaw the redesign of the gardens for the occasion, were also in attendance.

After the unveiling, Harry and William released a joint statement via Kensington Palace.

“Today, on what would have been our Mother’s 60th birthday, we remember her love, strength and character – qualities that made her a force for good around the world, changing countless lives for the better,” the brothers wrote.

“Every day, we wish she were still with us, and our hope is that this statue will be seen forever as a symbol of her life and her legacy,” they added. “Thank you to Ian Rank-Broadley, Pip Morrison and their teams for their outstanding work, to the friends and donors who helped make this happen, and to all those around the world who keep our mother’s memory alive.”

A post shared by Duke and Duchess of Cambridge (@dukeandduchessofcambridge)

An anonymous royals source told Harper’s Bazaar earlier this week that the ceremony “was always going to be the two brothers,” and not their wives. Kate Middleton did not attend, nor did Meghan Markle, who gave birth to her and Harry’s second child earlier this month in California. No other members of the royal family were in attendance.

William and Harry first announced and commissioned the statue in 2017, the 20th anniversary of Diana’s tragic death. The original unveiling was delayed because of the coronavirus pandemic.

The brothers said in a joint statement released last year that they want the statue to symbolize Diana’s “positive impact in the UK and around the world.”

“The princes hope that the statue will help all those who visit Kensington Palace to reflect on their mother’s life and her legacy,” the release read.

The public will be able to access the statue starting this Friday, though people have been encouraged not to turn the memorial into a shrine.

The Sunken Garden is a very personal location for both Harry and William. They dedicated a special “White Garden” to their mother there in 2017 to mark the 20th anniversary of her death.

According to Kensington Palace, the garden at that time was “planted with flowers in white and soft pastel colours, which took inspiration from items from The Princess’ wardrobe then on display in the palace.” 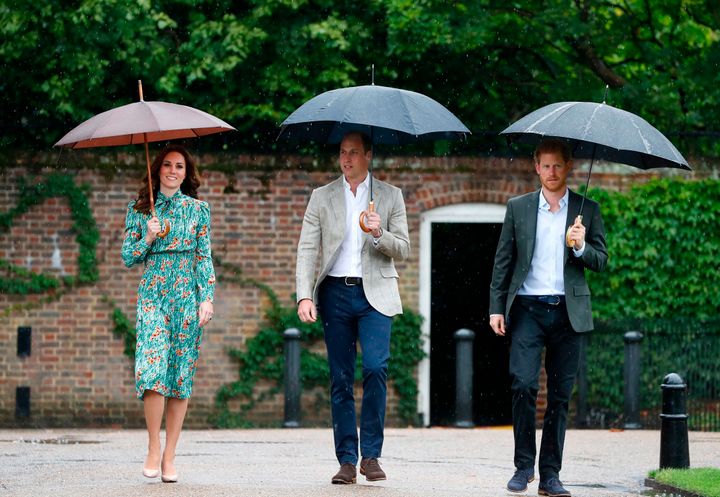 Harry and Meghan later announced their engagement at the garden in 2017. William, Kate and their three children use Kensington Palace as their full-time residence, so they’ll also have access to the meaningful statue whenever they please.

Kensington Palace revealed details about the garden’s latest redesign in a press release, saying it took over 1,000 hours of planting.

“This has been a very special project to work on, as the Sunken Garden was a favourite place of Diana, Princess of Wales,” Morrison said in the release, adding that it should provide “a calming place for people who visit Kensington Palace to remember The Princess.”

Graham Dillamore, the deputy head of gardens and estates at the U.K. charity Historic Royal Palaces, said that he was “honoured to have been part of the team preparing the garden for the installation of this statue.”

“While she was in residence at Kensington Palace, Diana, Princess of Wales regularly admired the changing floral displays in the Sunken Garden and would always stop to talk with me and the other gardeners who cared for it,” he said.

“We’ve incorporated a number of the Princess’s favourite flowers into the design, and I hope that visitors to the palace and gardens will enjoy its peaceful setting, and take a moment to reflect on the life and legacy of the Princess.” 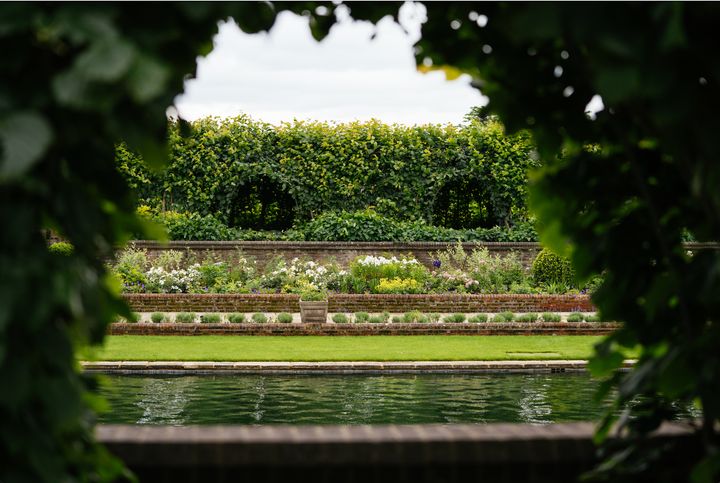 Harry spoke about the upcoming event and his mother’s lasting impact at the Diana Awards on Monday.

“Later this week, my brother and I are recognizing what would have been our mum’s 60th birthday. And she would be so proud of you all for living an authentic life with purpose and with compassion for others,” he said.

“Our mum believed that young people have the power to change the world. She believed in your strength because she saw it day in and day out,” the Duke of Sussex added. “And in the faces of young people exactly like you, she witnessed a boundless enthusiasm and passion. And I, too, see those same values shine through.”

Harry and William have opened up more about their mother over the years, and shared what it was like to have Diana as a parent in the 2017 documentary, “Diana, Our Mother: Her Life and Legacy.”

“She was one of the naughtiest parents,” William said. “But she understood that there was a real life outside of palace walls.”