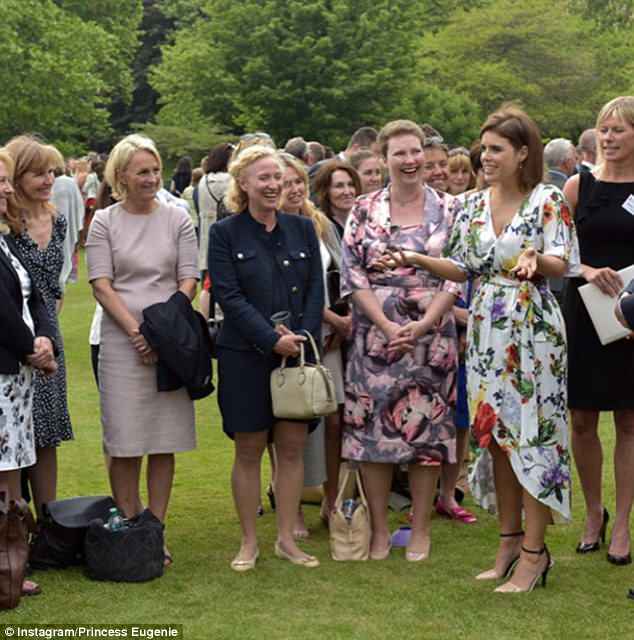 Picking up on the positive reaction, Eugenie joked she could have a future in comedy

Picking up on the positive reaction, Eugenie joked in the caption: ‘In my next life looks like I could be a comedian.’

The post proved a hit with her 138,000 followers, with dozens taking to the caption to praise the princess on her sense of humour.

Others commented on how beautiful she looked in her floral dress, saying she looked ‘stunning’ 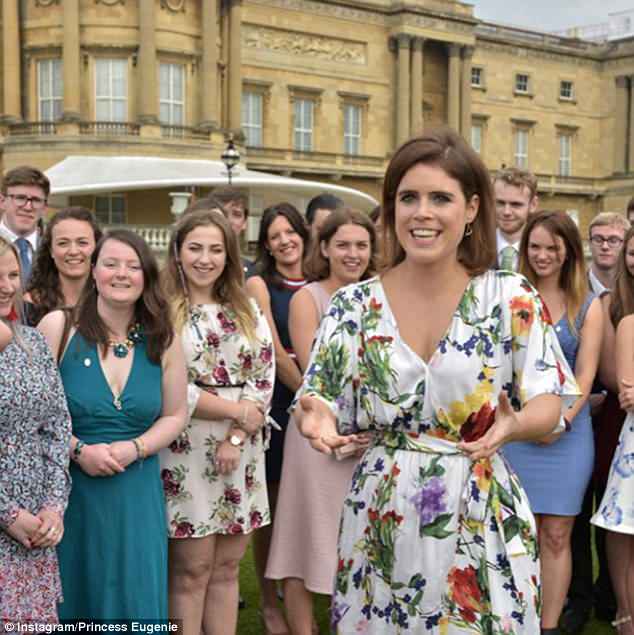 The royal joined her cousin and uncle at the reception recognising 3,000 young people 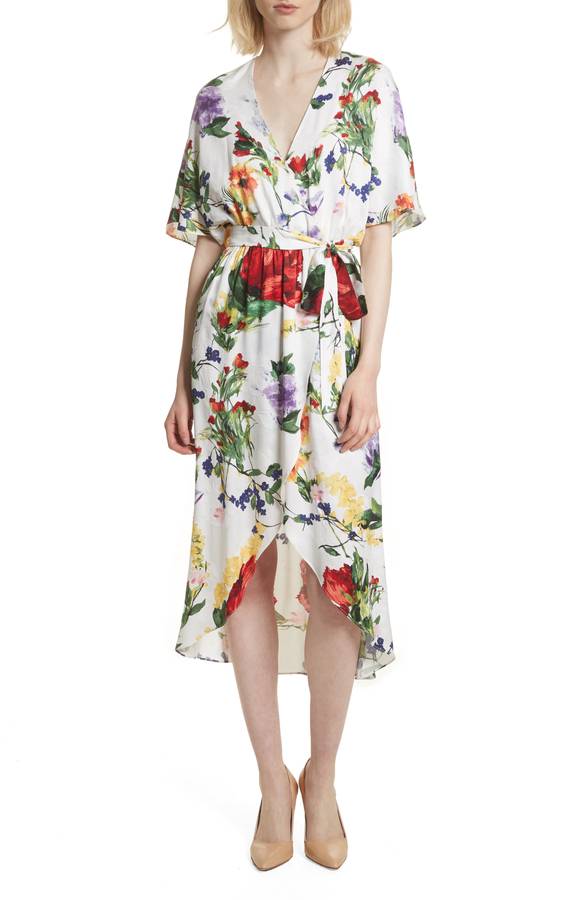 It's been a busy week for the Royal family!

Just a matter of days after attending Prince Harry and Meghan Markle's wedding, Princess Eugenie and the Duke of Cambridge were carrying out their royal duties for the annual Duke of Edinburgh gold awards ceremony at Buckingham Palace.

Princess Eugenie donned an affordable Alice + Olivia dress for the occasion and emanated sunshine style in the process. Costing $440, the 'Clarine' dress features an all-over watercolor floral print with a wrap-style fastening and a midi length.

Click the link to your right to snap this dress up for yourself from Nordstrom! You'll reach for this midi time and time again thanks to the timeless floral print and flattering silhouette.

Alternatively, click through our carousel below to shop similar picks from the high-street. River Island's offering is one of our favourites… 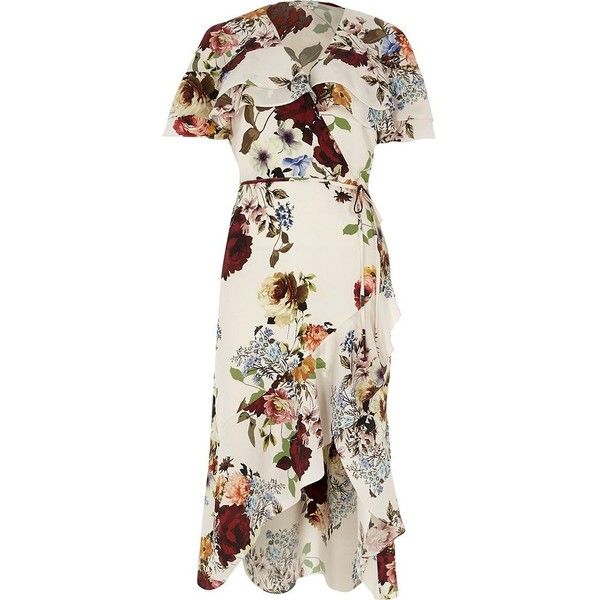 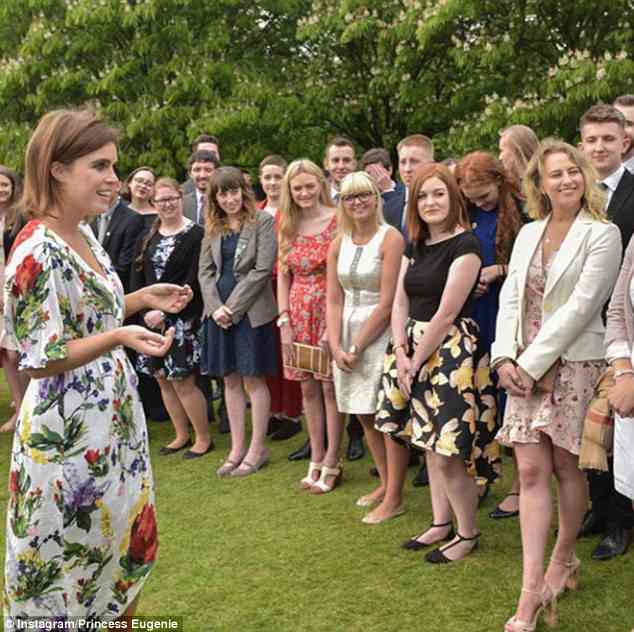 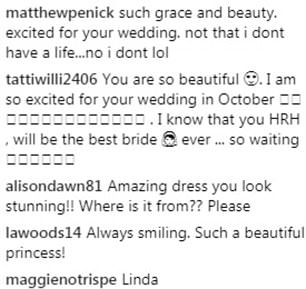 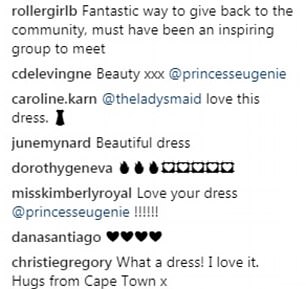 The playful post was met with a positive response from followers, with many praising her dress

Eugenie, who will tie the knot with long-term boyfriend Jack Brooksbank in October, was joined by her cousin Prince William at the event, which celebrated the Duke of Edinburgh Gold Award.

It recognised the work of the 3,000 young people from across the country who received awards at a special series of of presentations held throughout the day.

The reception was hosted by Prince Edward, who is trustee of the DofE awards, with Prince Philip having officially retired from public duties last autumn. 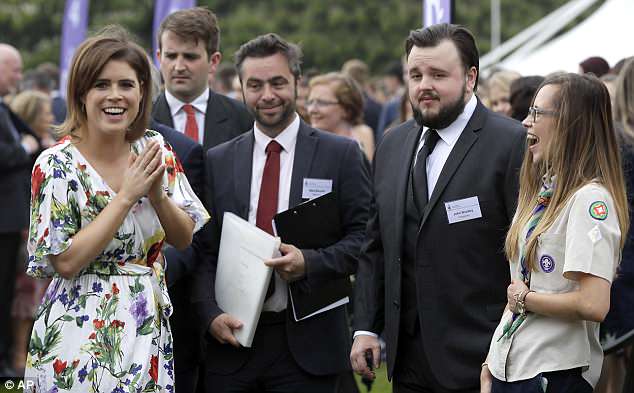 Royal seal of approval! Eugenie  mingled with guests as 3,000 young people from across the country received awards at a special series of of presentations held throughout the day 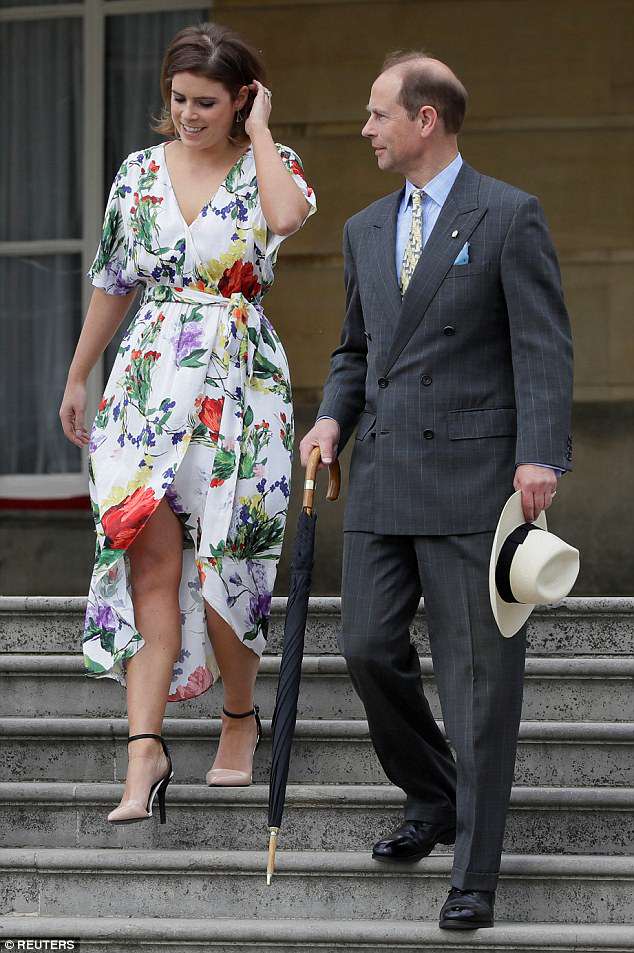 Royally good style: The youngest daughter of Prince Andrew, who will tie the knot with long-term boyfriend Jack Brooksbank in the summer, wore a £350 dress from Alice + Olivia

The princess became one of the few royals on social media when she joined Instagram in March.

She has posted regular updates in the months since, building up a devoted following with her candid and casual posts.