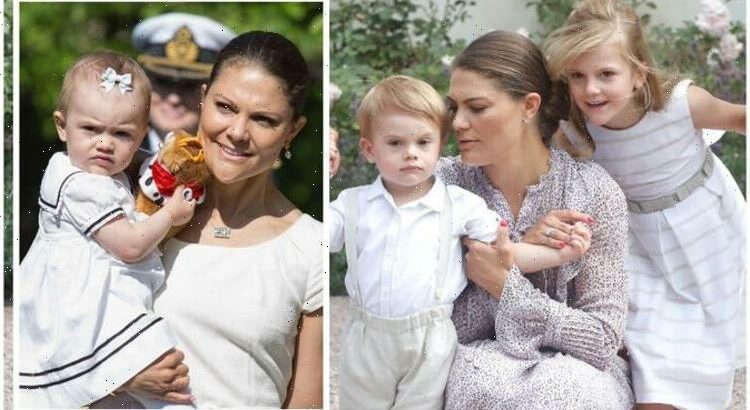 Princess Victoria, 44, is the heir apparent to the Swedish throne, as the eldest child of King Carl XVI Gustaf. She tied the knot with Prince Daniel, the Duke of Västergötland, 48, in 2010. The couple share two children – Princess Estelle and Prince Oscar. But what is Victoria like as a parent?

Mr Macke said: “Princess Victoria of Sweden is a Cancer.

“It makes sense that this mother is very hands-on with her children and has more than one.

“She’s still a young mother, but her parenting style is more nurturing and all-in, which can be both good and a little bad.

“Cancer mothers can sometimes be too overprotective and emotional to the point where their kids might feel like they have no personal freedom.

“But judging from the constant smiles on Victoria’s children’s faces, we’d say she’s figured out the perfect balance.”

In 2015 Princess Victoria and Prince Daniel visited South Korea where the Swedish royals were praised for their parenting style.

As the two visited the presidential palace in central Seoul, the South Korean President Park Geun-hye made the remarks regarding their young daughter, Princess Estelle.

“I hear you have both spent time at home with the little Princess Estelle after she was born and that sets an example,” President Park said.

He added: “I know that you take a great interest in social welfare questions, women’s issues and childcare.

“And Sweden is ranked as the world’s leaders in family issues and equality.”

During the pandemic, the Crown Princess ensured her children remained active.

“Our children and young people need help to shut down the computer, put away their mobile phones and go out and move around.

“They need help with good diet and exercise habits.

“All that lays the foundation for a healthy life.

“If we as adults help them, Sweden will feel better.”

To date she has 18 godchildren in nearly every European country, including three future Kings and Queens.

Therefore, royals throughout Europe certainly value Victoria’s ability to be a good example to young children.

These include Prince Constantine Alexios of Greece, Princess Ingrid Alexandra of Norway, Prince Christian of Denmark, Princess Catharina-Amalia of the Netherlands, Princess Eléonore of Belgium, her nephew Prince Alexander of Sweden, and her niece Princess Leonore of Sweden, Princess Madeleine’s eldest child.