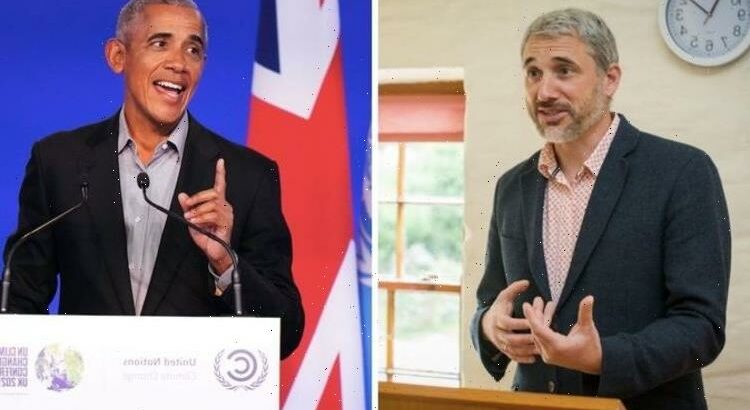 Express.co.uk spoke exclusively to Psychologist and Charisma Coach Richard Reid about what makes a charismatic person and why charismatic people do better in life.

Defining “charisma”, Richard explained: “A lot of people think it’s about charm and looking great in front of other people. But it’s not about getting what you want at all costs.

“It’s more about how can you generate opportunities for yourself, and how others can come away from interactions with you feeling good about themselves.”

Charisma “comes in lots of shapes and sizes” but ultimately requires people to be their authentic selves whilst allowing and encouraging others in the room to do the same.

“Make people feel validated, safe and respected, and hopefully they come away from you feeling like a better version of themselves.”

But if it’s all about making other people feel fantastic, some may question, “What’s in it for me?”

Richard simply claimed: “Charisma is the way to get more of what you want.”

According to the expert, charismatic people feel more “fulfilled” in life, as they are given more opportunities, be it in their relationships, work or hobbies.

The “ripple effect” here is that people enjoy being around others who make them feel positive and are more likely to return the favour.

“Providing someone with psychological safety encourages them to provide you with a better version of themselves.”

But becoming charismatic is no easy feat, as it demands people to take a deep-dive into themselves.

“We’re so worried about how we’re coming across and feeling that we don’t have the spare capacity to think, ‘What does the other person need from me?’

“The more in command we are of our emotions, the more emotional intelligence we have in our approach with other people.”

In order to become charismatic, Richard advised that people don’t go blindly into situations, but recognise what those situations “need”.

He explained: “We tend to think of situations as starting when we get into the room, but they actually start before.

“Ask yourself: What am I feeling right now, and is that appropriate? What do the other people in this situation need from me?”

Mindfulness is all about being in the here and now, and this can be achieved through developing self-awareness and even practising simple breathing exercises.

He continued: “People need to think about the ideal outcome of situations. Often we just turn up. When we don’t have a focus we gravitate towards worst case scenarios and pitfalls. This is a massive problem.”

One common misconception about charisma is that it’s a skill for the supremely extroverted.

But Richard cited naturally introverted former US President Barack Obama as being someone with unquestionable charisma.

While he clearly “commands authority”, he also comes across as “warm and approachable” – the type of person who would give anyone the time of day.

In fact, he is a “great source of inspiration for introverted people who fear that they cannot be charismatic”.

On the other hand, an overly extroverted person may not give others the space to feel heard.

Richard referred to an episode of the Graham Norton show where Tom Jones, Gary Barlow and Will Smith took to the couch.

He said: “Will Smith was the last to come on, and he was very loud. You could see it inhibiting the other two, even making them physically smaller. “You can imagine Tom Jones and Gary Barlow coming away thinking, ‘Will Smith is very impressive and very entertaining, but I don’t want to be around him because he makes me feel crap about myself’.”

The risk is that a person can be very charming, but also make others feel inadequate.

On the flip side, “There’s a big thing in British culture about not getting too big for your boots.

“It means that we learn to hide our light under a bushel and become very diluted versions of who we can be.”

Charisma is about becoming “more authentic” and “less manufactured”.

But it’s crucial to strike a balance: people must be true to themselves, but in the same vein learn to modify their behaviour so that others can expand into the space too.

And while charisma obviously comes more naturally to some than others, rehearsing it makes it a “more integrated part of who you are”.

Richard Reid works with high profile clients such as business leaders, those in the public eye, and even royalty, on the art of charisma.