Everyone loves a rebel! Psychologists reveal the science behind the world’s OBSESSION with Ariana Grande and Pete Davidson’s romance (and it’s all to do with breaking relationship rules)

Ever since Ariana Grande and Pete Davidson publicly debuted their relationship back in May, the world can’t seem to get its fill of the pair’s rather remarkable – and very quick – romance.

This feverish interest was only heightened after it was revealed that the couple had got engaged, with the proposal taking place just one month after they reportedly began dating.

But while the passionate – and rather public – romance between the two might seem obviously interesting to some die-hard pop culture fans, it seems there is an actual  psychological reason for why so many people have remained so tuned into Ariana, 25, and Pete’s, 24, relationship. 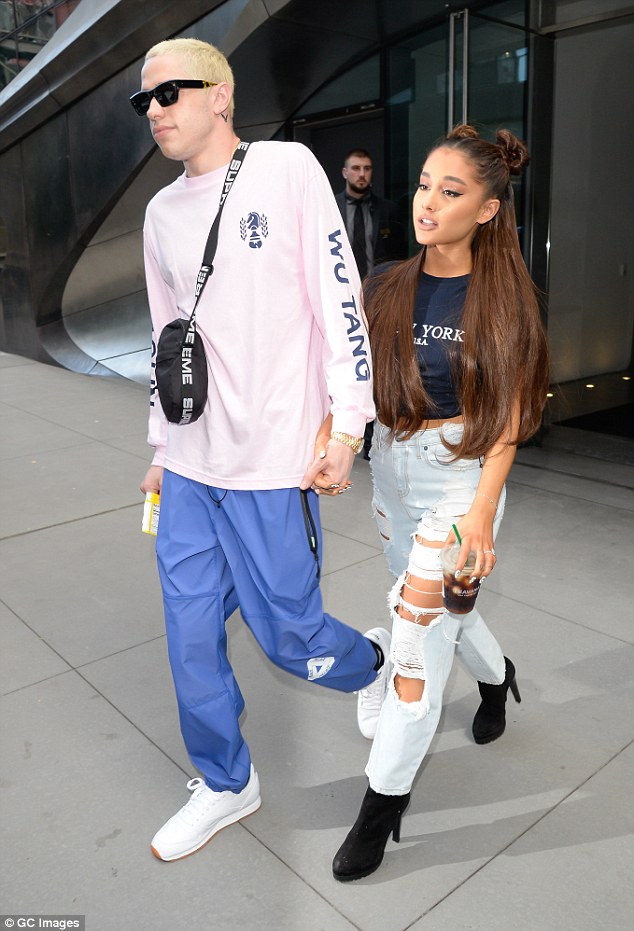 Smitten: Ariana Grande and Pete Davidson, pictured out in New York City on Wednesday, have dominated news cycles and social media with their whirlwind romance 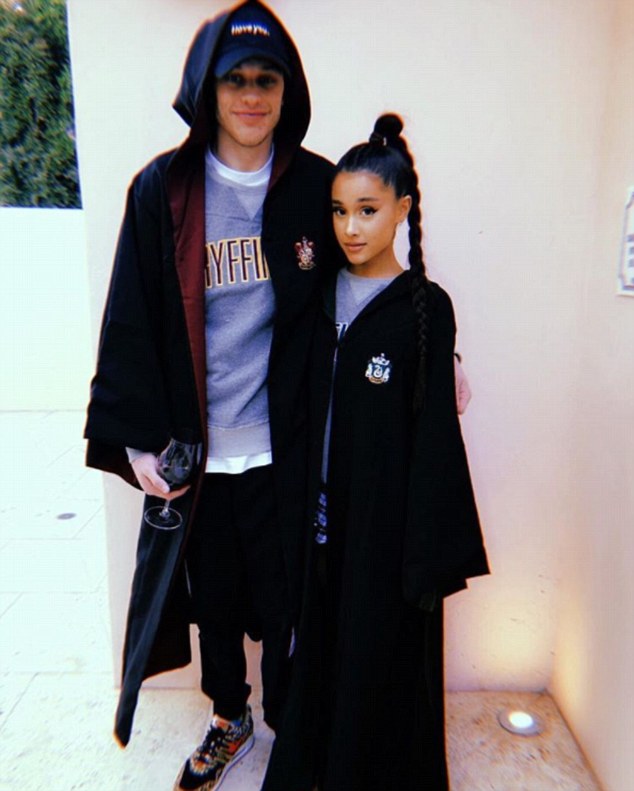 The beginning: Ariana, 25, and Pete’s, 24, relationship was first confirmed when the comedian posted this Harry Potter picture of them at the end of May

Psychologists told Bustle the infatuation with the new relationship could be down to the newly-engaged couple breaking every relationship guideline out there with their shotgun romance.

The couple first met each other on the set of Saturday Night Live in 2016 where Ariana performed while Pete appeared in sketches.

But both of them were already in committed relationships with other people.

The timeline of their relationship starts to get murky around April and May of this year because the couple has not released when they officially started dating.

Dr Pamela Rutledge, a media psychologist, told Bustle that this whirlwind is what helps draws the fans into Ariana and Pete’s romance.

‘This is not a social norm, it is an archetypal one,’ Rutledge said in an email.

‘Many people are curious about how celebrities live… behaviors that are out of the norm make them notable and interesting.’

News was first announced about Ariana and Pete’s engagement in June, and people instantly flooded social media and the news sites to talk about the romance because of how quickly it was moving. 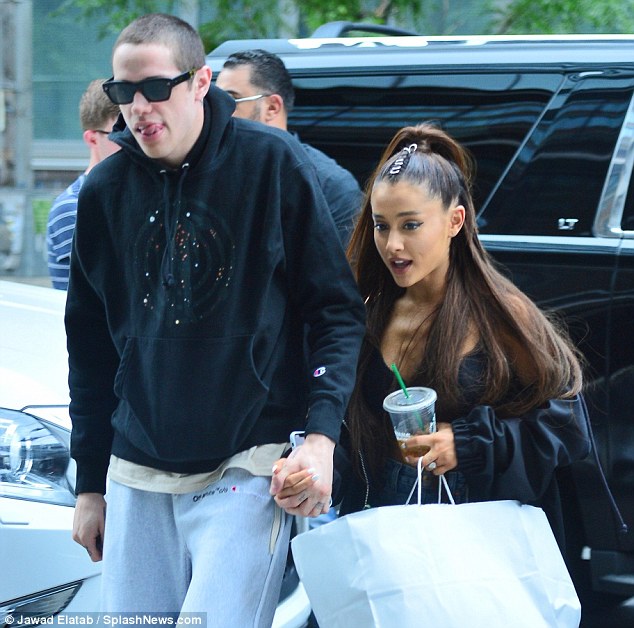 Can’t get enough: Psychologists says people might be so interested in the new relationship because of how it has broken almost every relationship rule Skeptical: One psychologist revealed that the skepticism behind the whirlwind romance has also kept people interested in the couple longer

Since then, the couple has moved gotten matching tattoos and moved in together into an apartment in New York City.

But people remain skeptical that the two lovebirds are moving too quickly towards walking down the aisle instead of taking time to get to know each other. This skepticism is what has also drawn people towards dissecting the couple’s every move.

‘It has been shown that falling in love takes longer than one month,’ Silva told Bustle.

Recently, Ariana has defended her whirlwind romance on Twitter after people started comparing her relationship to that of Justin Bieber and Hailey Baldwin, who also just got engaged.

Quick response: Ariana spoke out on Twitter to defend the seemingly-speedy engagement between Justin Bieber and Hailey Baldwin, denying claims it was their joint manager’s doing

Round two:  She added of her and Justin’s manager Scooter Braun, ‘He’s wonderful and very human. Always puts his artists’ health and happiness first’ 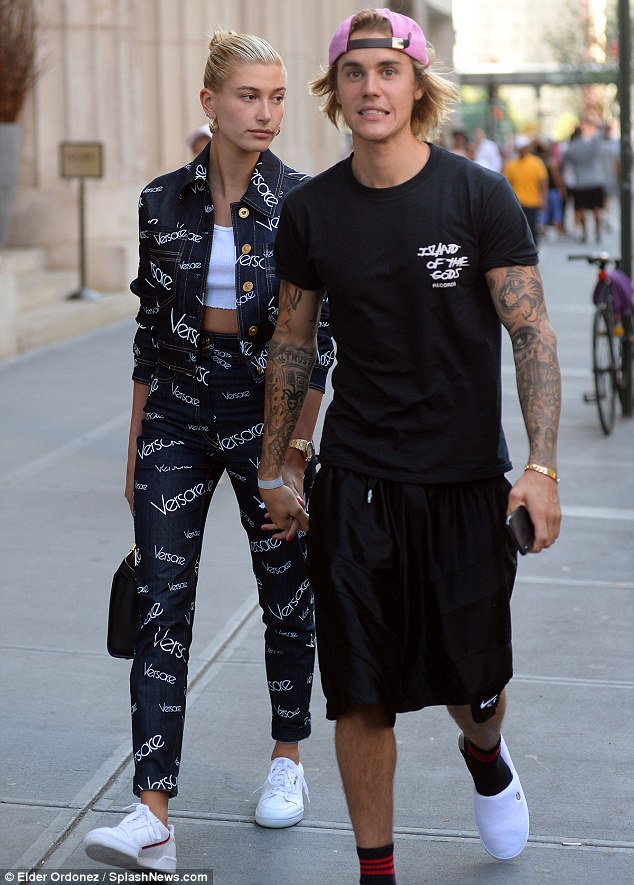 A fan criticized the speedy nature of the pop stars’ relationships and placing the blame on Scooter Braun.

The No Tears Left to Cry singer took to Twitter to defend her couple friends as well as her and Justin’s manager after a troll wrote, ‘First Ariana get engaged to Pete Davidson and now Justin Bieber to Hailey Baldwin the devil works hard but Scooter Braun works harder.’

‘You do realize we are human beings who love and have lives… right? And that Scooter is a wonderful human being too who cares first n foremost [about] our health and happiness?’ wrote Ariana.